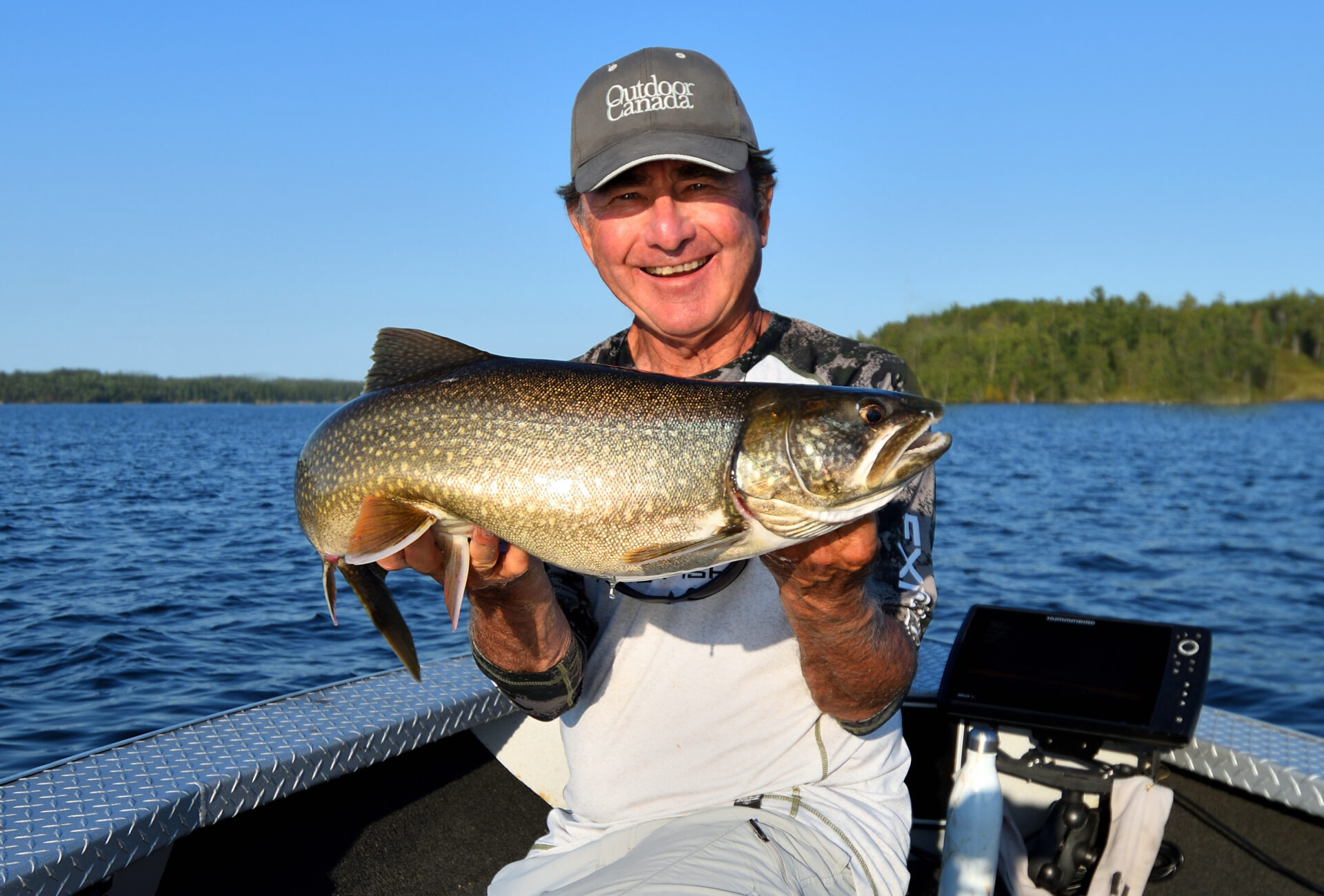 In my last On The Water Online blog, we discussed how heavy glide jigs—that have dominated the winter ice-fishing scene—have transitioned over to the open-water fishing world, and with almost frightening effectiveness for walleye, bass and lake trout. I was pleasantly surprised to hear from so many readers who have used the baits to improve their open water skills.   If you missed Part One you can read it HERE. But today, as promised, let’s look at the two technique-specific glide jigs—the Flat Jig and Jigging Shadow Rap—and discuss why, when and where you should use them.

The Flat Jig (below) is the heaviest of Rapala’s four glide bait styles, weighing almost 80 per cent more than comparable sized Jigging Raps. So this is the model I almost always reach for when I’m fishing in deep water, heavy current, windy conditions or I simply want to get my lure down fast to the fish.

This year, for example, on my home waters of Lake of the Woods, we’ve experienced extreme record high water levels.  Being part of a border-water flowage, the International Joint Commission (IJC) has been spilling water from Rainy Lake into Lake of the Woods as quickly as possible to avoid upstream flooding. The massive months-long surge of water has created Niagara River-like conditions in many of the channels and constricted sections of the lake. It has also made the walleye fishing better than usual—so long as you can get your bait down to the fish, and then keep it in front of their faces without it washing away. So, the heavy bodied Flat Jig has been our go-to bait with its long gliding and searching action.

Grandson Liam and I have also been judiciously using it in heavy wind to stay as vertical as possible while sniping lake trout. We’ve been spot locking the boat over top of the trout—keeping the nose of the boat pointed into the wind—and then dropping down the Flat Jigs beneath the transducer on the bow mount electric trolling motor. Even when we’ve been bouncing up and down—and having the waves wash over the front of the boat—we’ve still been able to see the trout on the sonar screen come screaming up to wallop the heavy baits.

Ironically, however, when the conditions have been calm the opposite strategy—using a Jigging Shadow Rap—has been our best trout technique.  I say, “opposite,” because it is made from a solid piece of plastic and has no lead, so it’s 1/4-ounce lighter than a similar size #9 Jigging Rap.

Liam and I clubbed the walleyes with the Jigging Shadow Rap (above) in late May and June when we found them up shallow, but there’s just something special about the slower, softer, smoother gliding action of the lure that has made it the lights out best bait we have used for lake trout this season. I’ve been super impressed, too, when I’ve dropped it down to the bottom, that it is much more snag-free than the other three heavier glide bait styles. With the other models, when I start getting snagged too often, I cut off the nose hook, but the Jigging Shadow Rap doesn’t have one to begin with, so you’re good to go right out of the box. 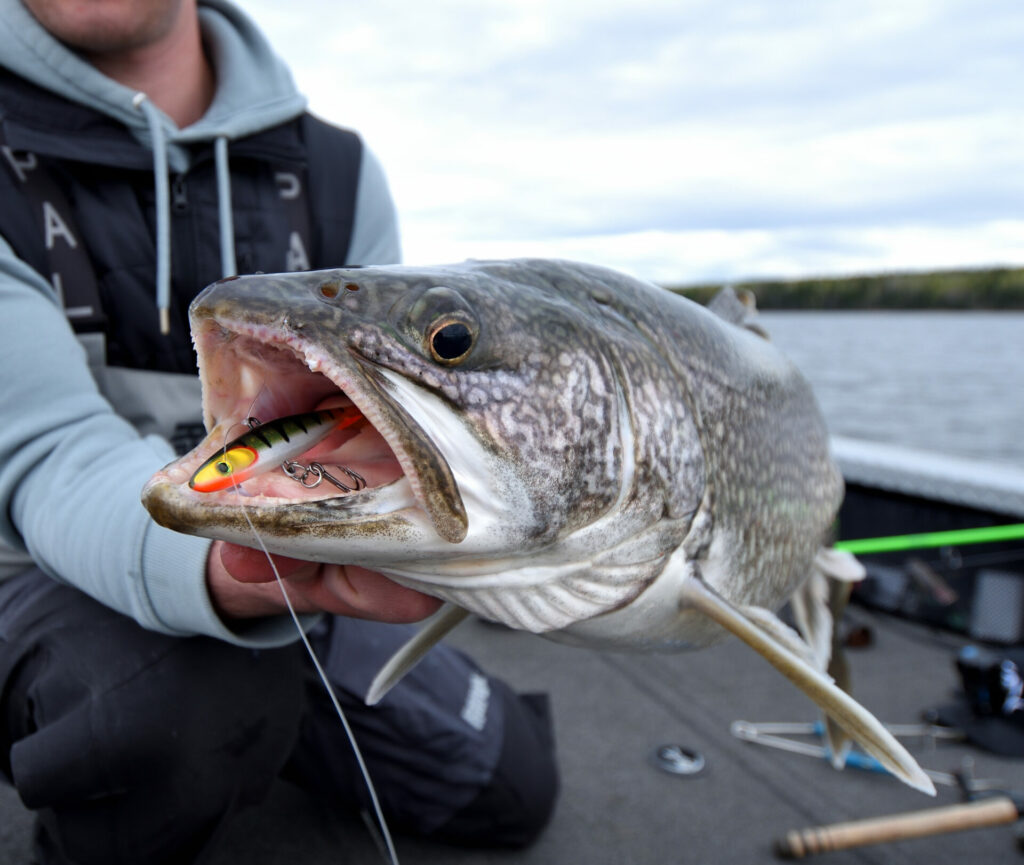 Call them glide baits or horizontal jigging lures, these four similar, but also very dissimilar lure-styles have revolutionized how we ice fish in the winter. Now they are doing the same thing in the open water season.