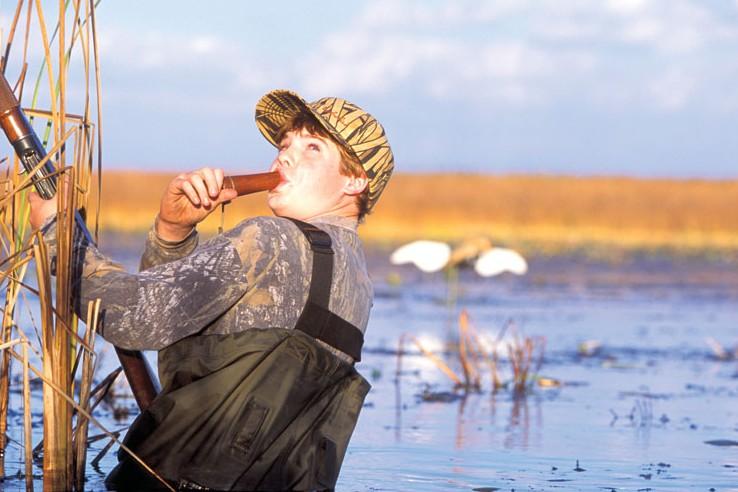 Helping beginners find a firearm? Here's how to get them started off with a bang

You never forget your first gun. Like a first car, it earns a special place in your memory from where it can never be dislodged. Unlike that first car, however, your first gun will last a lifetime if treated reasonably well. But whether you decide to keep it for a lifetime is another matter, and that starts with making the right choice in the first place.

Some guns are better suited than others when it comes to meeting the needs of a beginner, and helping someone-whether a child or an adult-to choose can be more complex than it might appear. To begin, you need to dismiss your personal preferences, as they’re likely not appropriate for a neophyte. What you should look for instead is simplicity, reliability and, most importantly, safety.

For the aspiring wingshooter, the once standard starter shotgun, the .410, is all wrong. Although the mild recoil is a plus, the small shot charges make it a nightmare when it comes to hitting birds in flight. While it could be argued the 28-gauge is an excellent choice, the high cost and inconsistent availability of shells strikes it from the list. And though I started out with a 12-gauge, I wouldn’t recommend it, especially for youths; it has a tendency to be heavy and difficult to handle, and the significant recoil can easily discourage those small in stature.

No, I think the 20 is the best choice of all. It’s typically built on a smaller, more manageable frame than the 12, shells are widely available and affordable, and recoil is tolerable for youngsters in all but the heaviest loads.

When it comes to action type, I recommend a single shot for most beginners. Seldom is a second shot anything but wasted in the hands of a new shooter; teaching someone to concentrate on making the first shot count is far more important. If you don’t opt for a single shot, choose a pump. Double-barrels and semi-automatics can be too dangerous in the hands of someone still developing safety skills. Even with a pump, load just one shell at a time until you’re sure the beginner is competent enough to safely handle more.

Finally, a gun that fits poorly can result in excessive felt recoil, clumsy handling and flat out bad shooting results. Nothing discourages a newcomer more quickly than the inability to hit a target; proper gun fit, especially in a shotgun, is key to avoiding this. Remington, Mossberg and others make shotguns designed specially for people with smaller statures. If you’re passing on a full-size shotgun to someone smaller, however, consider cutting the stock back. Whatever the case, work with your gunsmith to ensure a good fit for your student hunter.

It’s hard to beat the .22 LR as a great first rifle-it’s relatively affordable and the ammunition is cheap. As well, the recoil is negligible and most .22s are sized to fit smaller shooters. The only risk here is that their size and ease of use can lead some inexperienced shooters to think of this rifle as a toy.

Nothing could be further from the truth, of course, and again I recommend starting out with a single shot and being diligent about safety. The habits most shooters develop with their first guns will tend to stick with them throughout their lives. Allow no compromises with either beginner youths or adults when it comes to safe handling and shooting techniques.

If you do select a .22, consider topping it with a fixed 4X scope. A scope will lead to greater accuracy and enhanced confidence in all shooting situations, not to mention more consistent and humane kills when hunting small game.

For those considering a rifle suitable for big game as a first gun, recoil must be taken into account. Developing a flinch is the fastest route to having novice shooters quit the game. And it’s hard to work backwards-if they develop a flinch right off the bat, it can be darn near impossible to eliminate, even if they go back to a .22. For deer-sized game, good choices for new hunters include the .243, 7mm-08 and 7×57. And again, don’t forget the value of proper gun fit. The good memory of a first gun is at stake.