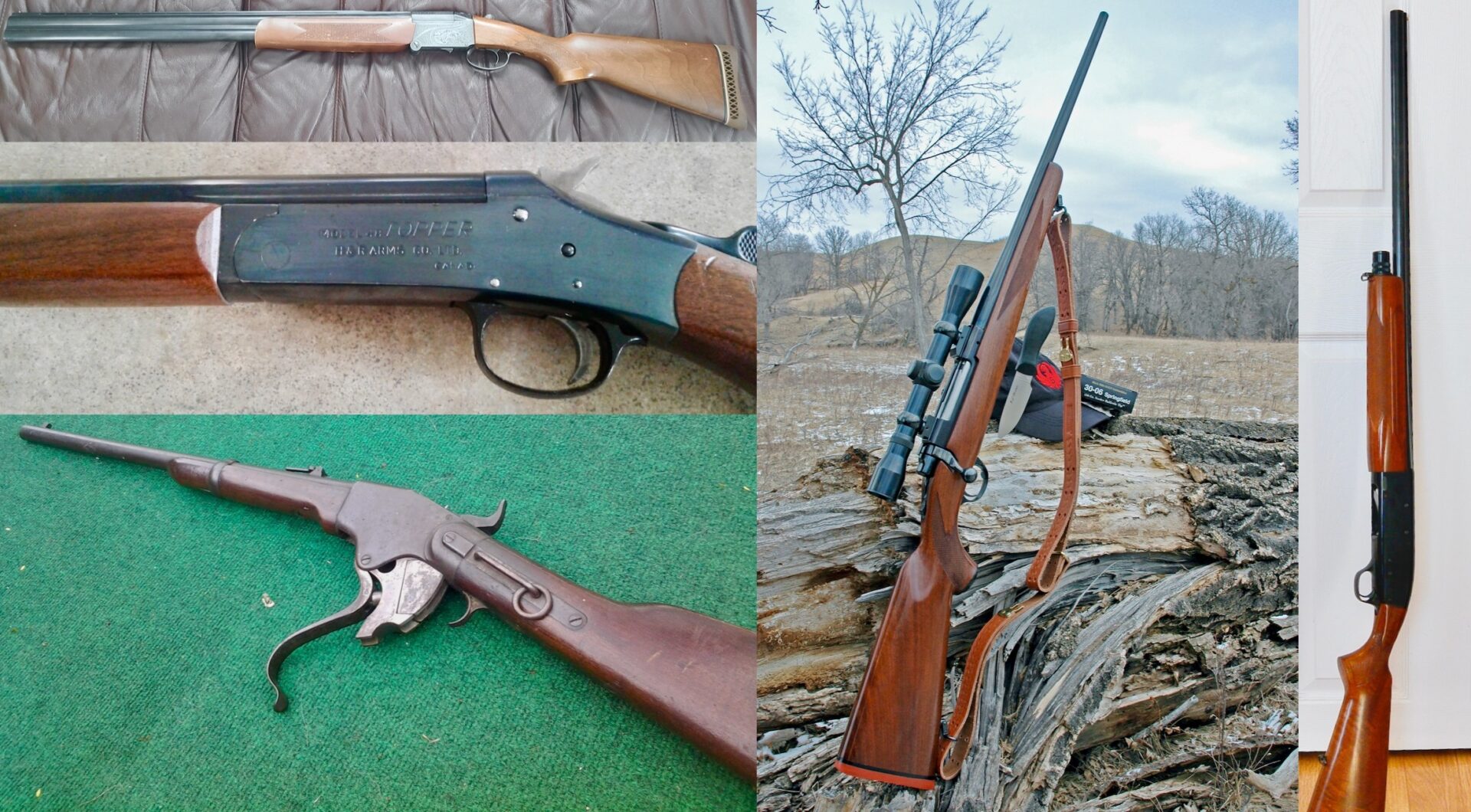 Investigating a  Model 1865 Spencer repeating carbine and three shotguns: a .410 shotgun from H&R Arms, a made-in-France Perfex and an Italian 12-gauge over/under

I’m interested in any information you can give me about my Model 48 Topper .410 shotgun (above) from H&R Arms Co. Ltd. The serial number is 1375. The gun was passed down to my two uncles, and when they passed away, I obtained it. It’s in like-new condition. Thank you.

The Model 48 Topper was made from 1943 to 1956. I can’t tell how old your gun is from the serial number, as there should be a letter prefix to indicate the year of production. The letter “D” would indicate 1943, progressing to “S” for 1956. The letter “O” was not used, as it would have been too easy to confuse with the numeral zero. Into the 1980s, the Topper name was attached to other models, which were variations of the original with minor design and manufacturing changes.

H&R Topper shotguns are considered to be well made, safe and serviceable sporting firearms. They are more in demand as practical shooters, often for pest control on farms and ranches. Their value generally runs in the range of $150 to $200. I think your shotgun is an exception, though, and would have collector interest.

The Model 48 was the first H&R to get the “Topper” designation, and yours is in exceptional condition, as most show signs of years of use. At a firearms auction, I wouldn’t be surprised to see it bring in $300, possibly even more. These were popular shotguns and they’re not hard to find, but certainly not in near-new condition.