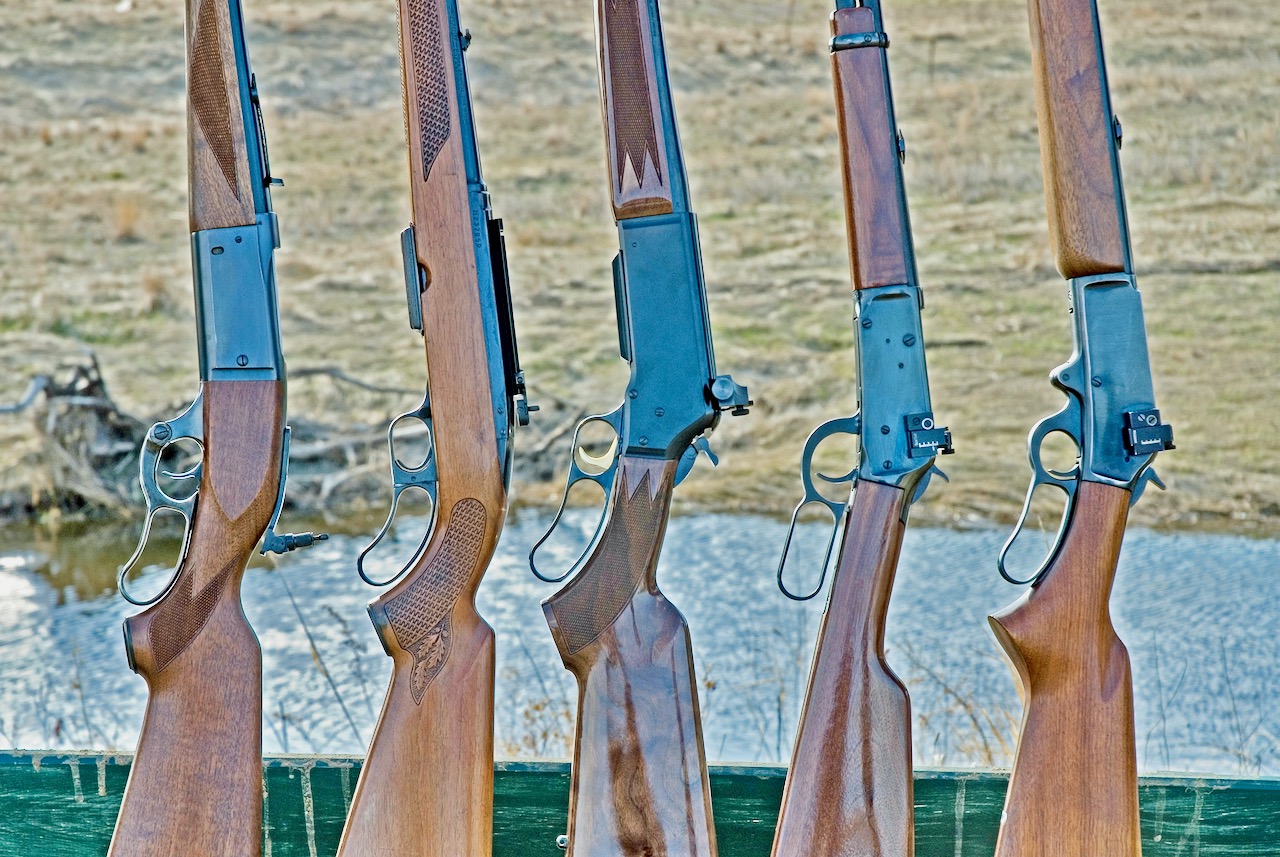 EXPERT ADVICE, APPRAISALS AND THE FASCINATING STORIES BEHIND YOUR FIREARMS

Appraising a Model 97 pump-action 12-gauge and a Model 06 pump-action .22 from Winchester, a CIL Anschutz Model 310 .22 five-shot repeater and a Browning 12-gauge over/under

I have a Winchester Model 97 pump-action 12-gauge shotgun (above) that has a Poly-Choke. The gun was originally owned by a local gunsmith, now passed away, who said it was a factory Poly-Choke gun. Any information I find about the gun, however, says the choke was not factory installed. Can you help shed some light on this, and perhaps tell me the gun’s value, if I decide to sell it? Thanks.

From what I’ve read, Winchester occasionally installed a Poly-Choke at the factory, and when it did, the barrel was not marked with a choke designation. Your barrel is marked “FULL,” which suggests it left the factory with a regular barrel and the choke was added later. The Poly-Choke company did a lot of these installations, and the quality of their workmanship was generally quite high.

I read once that due to the higher front sight, shotguns would shoot to a lower point of aim after the Poly-Choke was installed. The company said it would bend the barrel after installation so it would shoot to the point of aim. The idea of bending barrels upset many gun owners, however, reducing demand. Poly-Choke changed the wording to say it would “straighten” the barrel, and all was well again.

Your shotgun shows a fair bit of blue wear, and there seems to be some rust and pitting on the receiver; the aftermarket Poly-Choke also reduces collector interest somewhat. Your shotgun would still have some collector value, though, and it might be a good candidate for restoration. I’d estimate it’s worth $400 to $600.