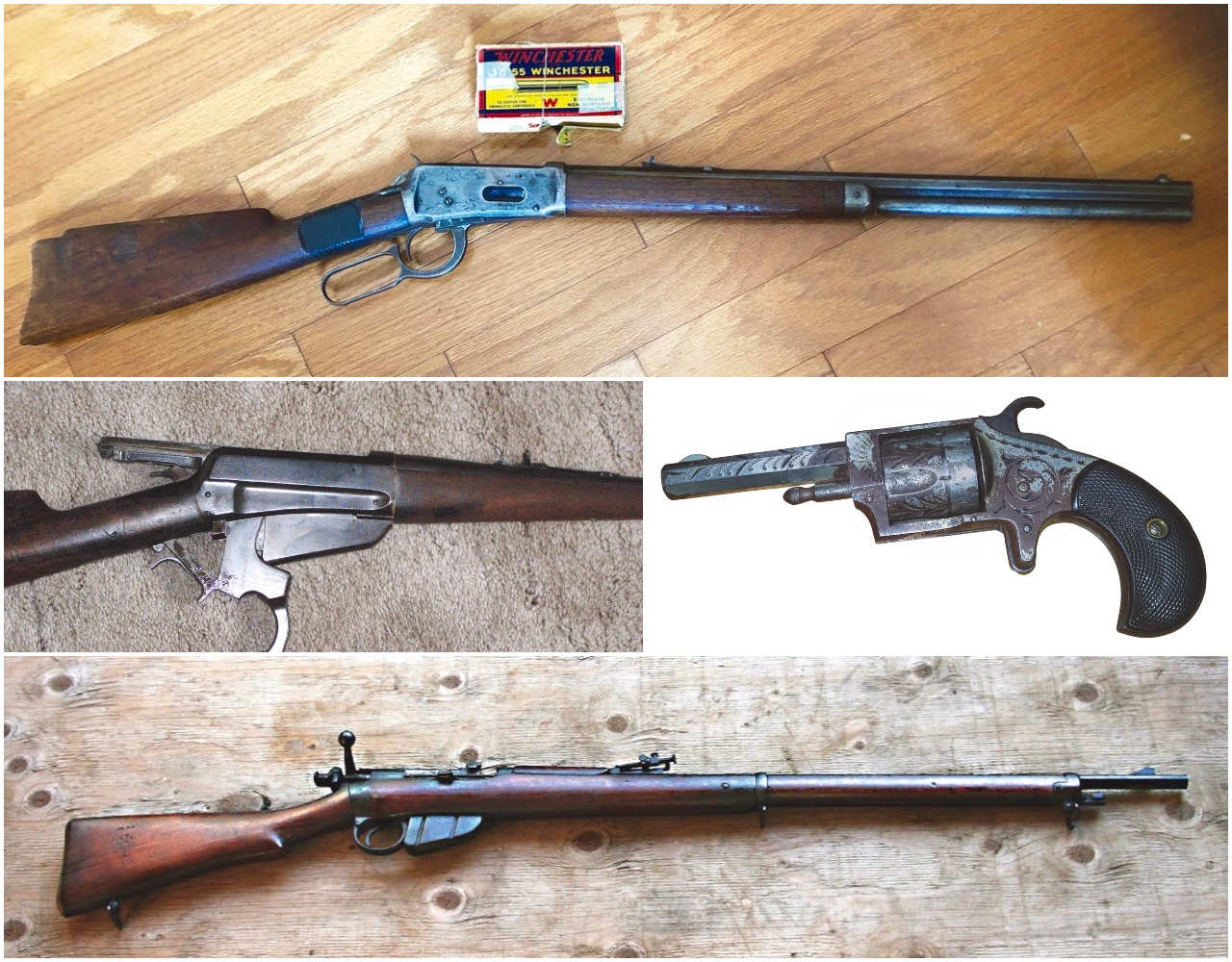 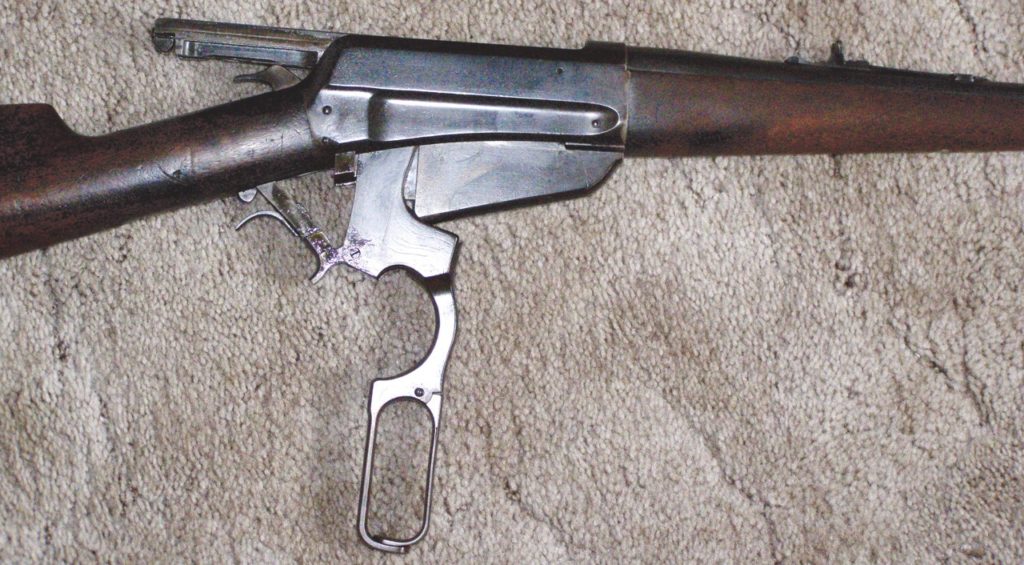 Would you kindly evaluate this Winchester Model 1895 in .30-40 Krag (above)? The bluing is in good shape and the rifling is excellent, but the stock has some scratches. It shoots well. According to the serial number (40198), it was manufactured in 1903. This gun has a lot of history. I have a picture from the early 1900s of my great-grandfather holding the rifle while coming ashore in a canoe with a large white-tailed buck. The gun was passed down to my grandfather, then to me. I still have a box of 220-grain ammo for this gun. Please suggest a possible value. Any help would be greatly appreciated.

The most common chambering was in .30-40 Krag, also known as .30 US. Some of the more rare chamberings, such as .405 Winchester, bring substantial premiums. Your rifle appears to be in very good condition, considering it is well over a century old. There are some minor stock dings and scratches, but I don’t see any cracks or broken wood, and the visible screw slots appear straight and undamaged.