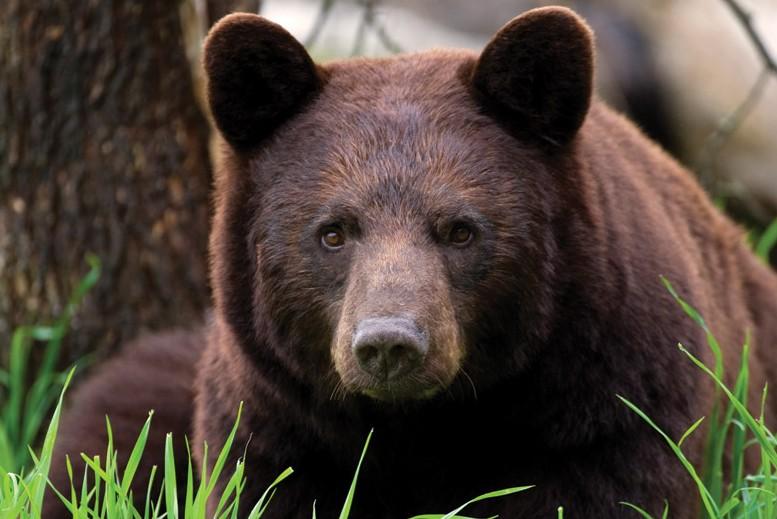 If you want a jaw-dropping black bear, possibly a cinnamon phase or chocolate, and a story to go with it, Manitoba’s western Parkland Region is the place to go. This is textbook bear country: gently rolling Canadian Shield with scattered lakes and ponds, aspen groves and spruce thickets. And there are enough bears around to encounter at least a handful in a week’s hunt.

What makes this area extra special? For one thing, between 40 and 50 per cent of the region’s share of the province’s 30,000 bruins vary from a rich dark chocolate to cinnamon to blond, each unique in its own right. Then there’s the size. Manitoba bears grow at the same rate as black bears in the rest of the continent, with a two-year-old likely weighing around 200 pounds. And in the spring, a mature six-year-old boar can bump the 550-pound mark, just like anywhere else. The difference is that year after year, a surprisingly disproportionate number of big boars taken here nudge the record books.

That’s due in part to the high bear density of the region, as well as the legal use of baits during the eight-week spring season. Though a contentious practice in some quarters, hunting over bait sites provides an opportunity to better judge if a bear is male or female, and whether it’s mature or has yet to reach full stature.

Several outfitters offer spring bear hunts throughout the region. Although Canadian residents are permitted to hunt on their own, outfitters can honestly boast a high rate of success, with book animals taken every year.

Check out: 2011 game forecast for Manitoba