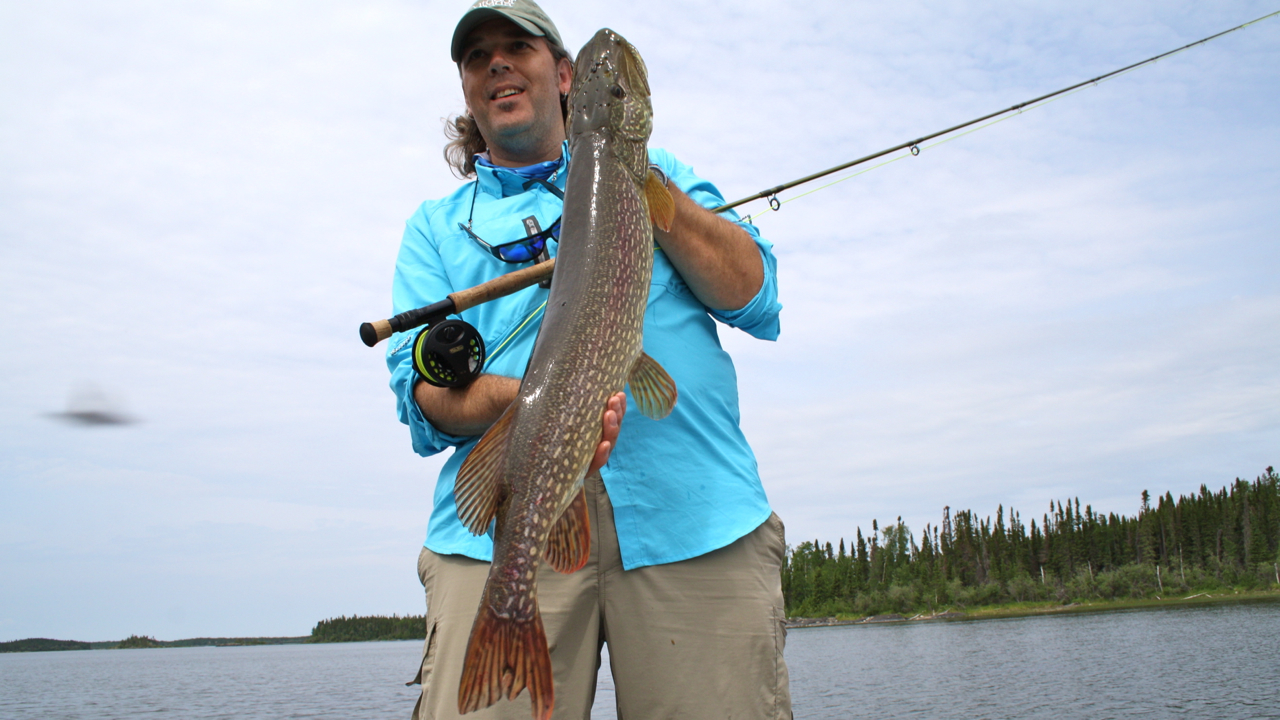 Secrets of setting the hook with a fly rod

So you’ve got the hang of casting, studied fly patterns and learned how to read the water and present your fly. Finally, it all comes together when the fish strikes your offering. But then…nothing. Why? Because you never learned how to properly set the hook.

The hookset is arguably the most ignored skill when it comes to fly fishing. For one thing, you can’t really practise it without a fish on the line. Also, so much about fly fishing is unfamiliar to beginners that it’s tempting to assume the hook-up, which takes only a second or two, will take care of itself. And if you’re new to fly fishing but already experienced with conventional tackle, you may think you already know how to set a hook. But take it from me—you don’t.

Ironically, I started missing more fish after I first became aware of the need to set the hook. Back in the day, I was getting most of my fishing knowledge from bass-centric American TV shows. So I assumed that setting a hook always meant doing the “bubba heave”—a mighty, full-body yank ending with your hands over your head and the rod tip in the next county. This works great with a baitcaster, but when stream fishing with a fly rod, it tends to end badly: either you pull the fly out of the fish’s mouth, break your leader or, from time to time, launch a small fish into the bush behind you.

If there’s a single guiding principle for setting the hook on mid-sized, river-dwelling fish such as trout, it’s this: strike quickly, not hard. It’s easy, once you know how. First, be ready—fish can spit out a hook in a flash. As soon as your fly hits the water, run the line between the rod handle and the index finger of your rod hand and stay alert. The moment you detect (or suspect) a take, pinch the line tight to the rod handle and raise the tip until you feel the hook hit home. Fly hooks are thin and sharp (see “Stay sharp” below), and therefore don’t need much force to stick into a fish’s jaw. If you have a lot of line out, it may take some power to tighten it, but don’t apply more strength than you’d use to pick up the line for another cast.

If you’re consistently overdoing the hookset and losing fish or breaking off, there are a few other techniques to try. At the take, instead of raising the tip, try lifting the whole rod while keeping your wrist straight. This should tighten your line enough to set the hook, and remove the temptation to reflexively snap the tip. If you’re breaking light tippets on the hookset, try the slip strike. Instead of tightly pinching the fly line to the rod handle, hold the line loosely and let 12 to 18 inches slip though your fingers as you raise the rod tip. The mere friction of the line against the rod guides softly sets the hook, cushioning the light leader in the process.

During the summer, many of us target bass, pike and other warm-water species in lakes. Throwing flies with bigger hooks, for fish with tougher mouths, requires a different hookset method. And no, it’s still not the bubba heave. Sharply arcing a nine-foot rod in stillwater tends to pull the fly up and out of the fish’s mouth. Moreover, a fly rod’s relatively soft tip lacks the power to drive home a 1/0 hook. Since lake fishing usually means stripping the fly to impart a darting motion, simply continue with another quick strip once a fish hits. That should suffice for a hookset, though on big northerns I’ve made two or three strips before letting the fish run. As with the trout strike—and fly fishing in general—timing and technique are more important than brute force.

A good hookset starts before your fly hits the water by ensuring the hook itself is needle sharp. I carry hook hones in all my tackle bags and packs, and sharpen the hook on every fly I tie on. Simply hold the fly against the hone and draw it toward you, taking a few strokes on each side as well as the bottom. Those 30 seconds make all the difference.