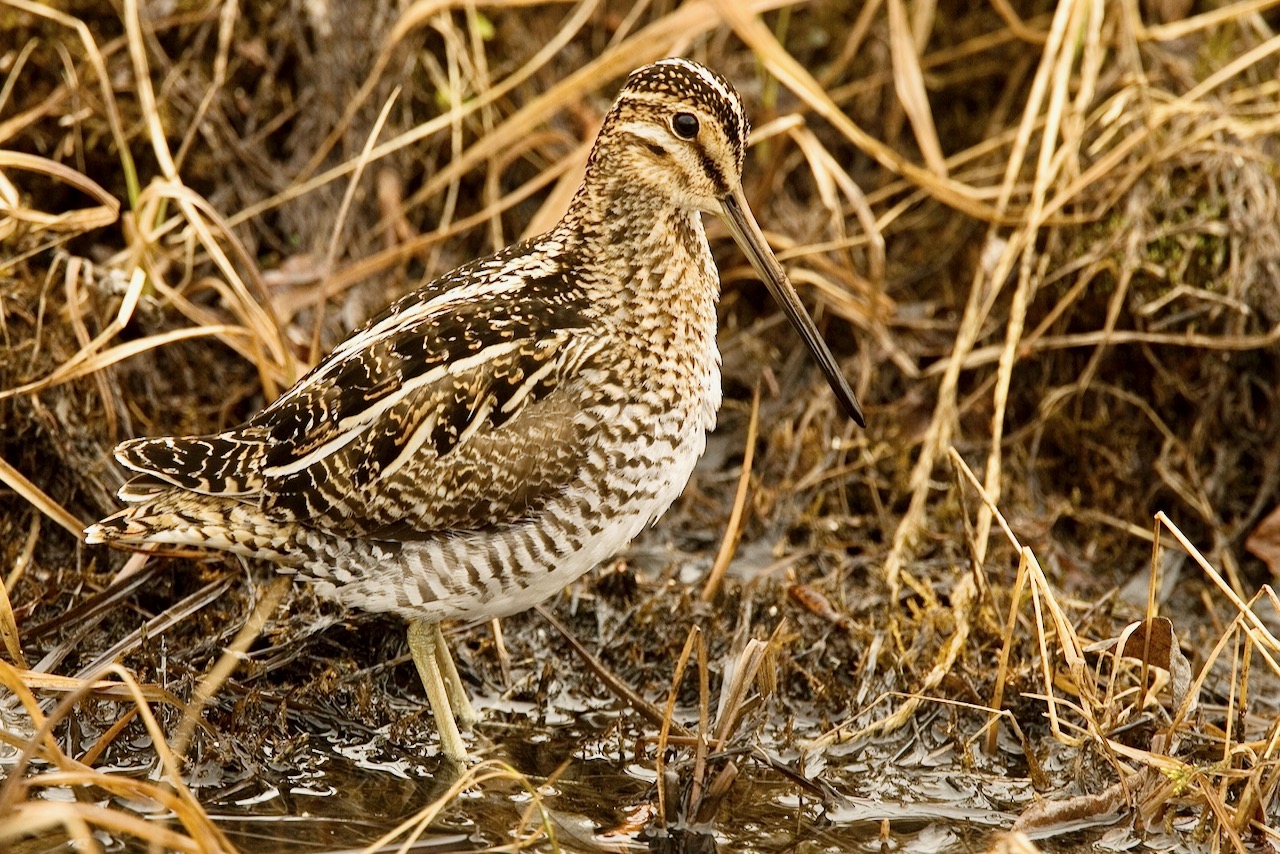 Snipe promise a challenging and exciting hunt. Here’s how to bag these speedy shorebirds

THE BIRD THAT TIME FORGOT

Snipe may have fallen off the radar of most hunters, but the promise of a challenging and exciting day afield remains

In 1916, the U.S. and Canada, represented by Great Britain, signed the Migratory Bird Convention. Among other things, the agreement brought an end to the unregulated commercial harvesting of waterfowl and other migratory birds. Shorebirds were included, with the exception of large plovers and yellowlegs. By 1928, however, they were also declared off-limits, leaving only woodcock and snipe among the shorebirds that could be legally hunted, albeit under federal regulations.

Today, nearly 100 years later, woodcock continue to enjoy a strong and dedicated following, while snipe have been largely forgotten. In fact, mention a snipe hunt to most folks and they’ll think of the legendary prank where an unsuspecting dupe is tricked into trying to catch a non-existent animal called a snipe. Such is the humiliation this shorebird has endured.

In the days of market hunting, snipe, along with nearly every other shorebird, were targeted routinely, their flesh considered a delicacy in some of the finest restaurants. There were calls, decoys and blinds dedicated specifically to hunting snipe and other shorebirds, and even recreational hunters regularly pursued them. Today, harvest numbers reveal a different story.

According to an estimate provided by the Canadian Wildlife Service in 2018—the latest year for which records are available—a total of 2,654 snipe were harvested across Canada that year. Compare that to the estimated 450,000-plus mallards that were taken, or the 383,000-plus Canada geese, and you’ll see that snipe are conspicuous by their near absence. Even canvasbacks, the least numerous of our regularly hunted ducks, saw an estimated harvest of more than 13,000.

Certainly, regulations to limit the harvest of shorebirds in the early years of the 20th century were necessary to halt alarming population declines. It appears, though, that the elimination of the shorebird hunting culture has also had the unintended consequence of removing snipe from the mindset of today’s hunters, despite there being an allowable harvest of eight per day. That’s a shame, because not only are snipe readily available, they’re also a challenge to hunt—and fine fare for the table.