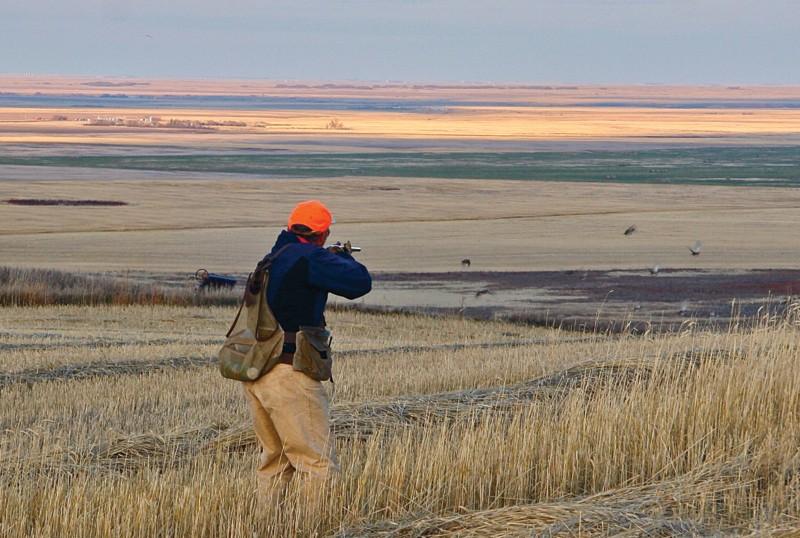 The hunt: It sometimes seems to be a Canadian tradition to undervalue the quality of our homegrown treasures until someone from away points them out to us. A hunting trip to southern Saskatchewan for Hungarian partridge and sharp-tailed grouse, for example, offers a case in point. It’s on life’s to-do list for many serious upland bird hunters from other countries, yet most Canucks overlook it. Pity.

The southern third of the province is as prime as habitat gets for Huns and sharptails, and with the sparse human population, you get the delicious sense that you have the birds and the giant Saskatchewan sky all to yourself. Start by setting up headquarters in a campground or motel in Mortlach, Gull Lake or any of a dozen other little farm towns near the Trans-Canada Highway, then follow your dog across the amber grain stubble and rolling grassland.—Jim McLennan

You’ll see birds, but even in good years the rewards are hard won. No mind. At day’s end, you’ll face a flaming prairie sunset and reflect on the miles you’ve covered and the magnitude and magnificence of the land—and probably start making plans for your return the following fall.

When to go: For non-resident Canadians, the season for both Huns and sharptails runs from September 15 to November 14. The first half of October is prime time, as crops are generally down, making fields accessible, and the weather is still comfortable.