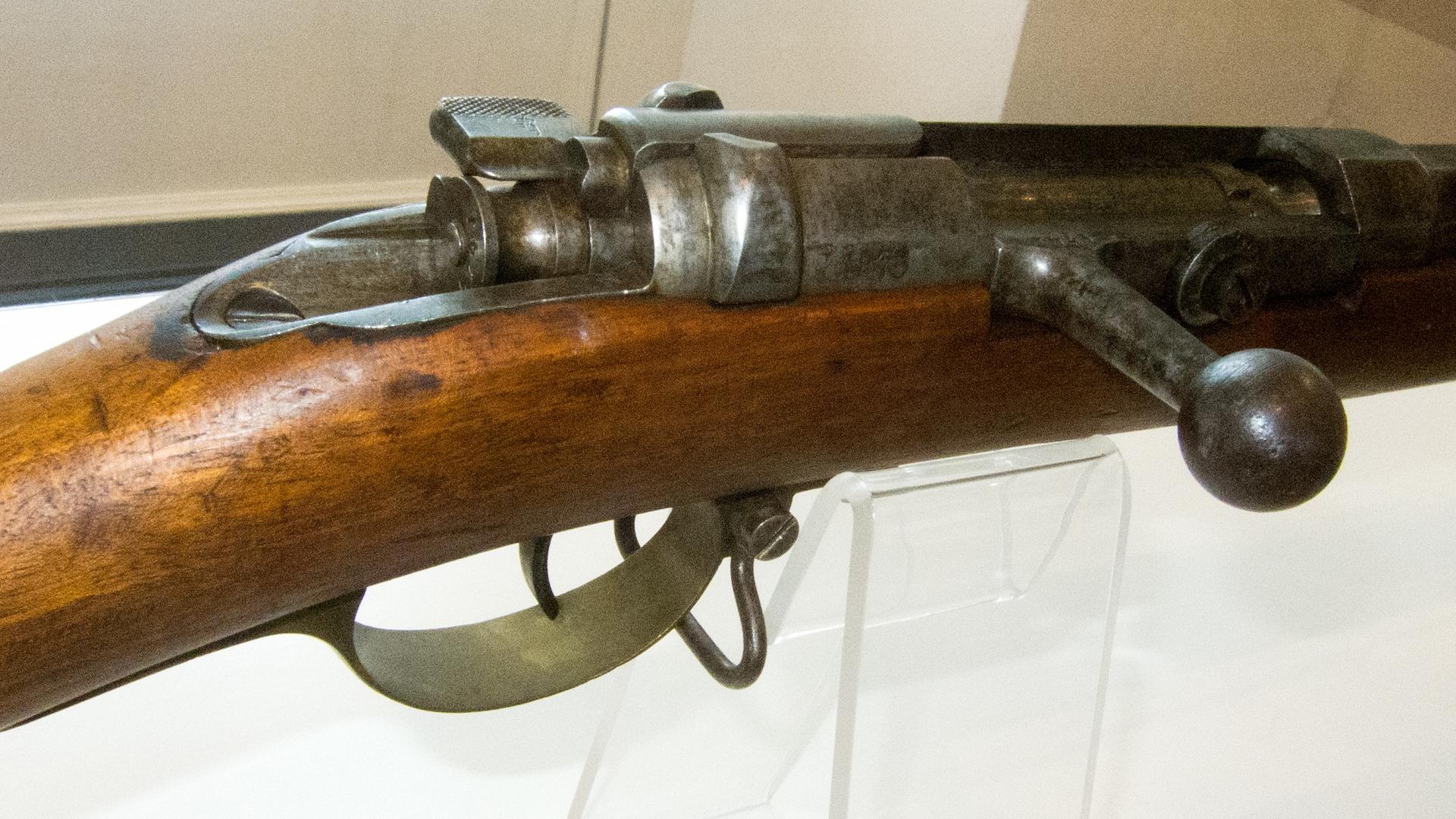 Checking out a Belgian boys rile, a Mauser 98 and a Hungarian 12-guage

Whether you have a question about antique guns, modern firearms, ammunition or reloading, Outdoor Canada expert Dave Anderson is here with the answer. Please send your detailed questions and applicable, high-resolution photos to editorial@outdoorcanada.ca.

I’m wondering what you could tell me about my dad’s 12-gauge shotgun (above). He purchased it used in the 1970s, I believe. There’s no brand name on the gun, although it says it was made in Hungary. Could you provide some information about who made the firearm and roughly when? And while I’m not planning to sell the gun, I would like to know its approximate value.

The only gunmaking firm I’m aware of in Hungary is Fegyver-és Gépgyár. Its products are well made, safe and serviceable. There’s no particular collector interest in this shotgun, and most hunters prefer having a second barrel or repeating action. The value of single-shot shotguns such as this is generally in the range of $100 to $150. Your gun appears to be in exceptionally nice shape, so it might bring in a bit more. I can’t say for sure when it was made, but the plastic buttplate and grip cap and white-line spacers were popular features in the 1960s.

Could you tell me a little about this old single-shot .22 (above) and its value? I’ve had it all my life. It was passed down to me through my family. The markings on the barrel are not very clear, but I believe it reads “The improved new century rifle” on top of the barrel in front of the back sight. And behind the sight, it reads “BREVETE (SGBG).” The numbers 222936 are on the bottom of the barrel. On the side of the barrel by the back sights, there’s also a crown and the letter R or a B, followed by two more crowns and a small arrow. Does this mean anything? Finally, does the rifle shoot long or short shells?

Your rifle appears to be a Belgian-made “boys rifle.” It’s similar in appearance to the FN 1912, though I’d expect to see it marked accordingly if it was indeed made by FN. It may have been produced by another Belgian gunmaker using the same design as the 1912.

The word “BREVETE” is French for “patented,” and I think you’ll find on closer inspection the bracketed letters are “SGDG,” which stand for “sans garantie du government.” Taken together, “BREVETE (SGDG)” translates into “patented without guarantee of the government.” The term was used in both France and Belgium, and I’ve seen it on other items such as old clocks, musical instruments and mechanical calculators.

I can’t be certain about the other markings, but they may indicate the rifle was proved at the St. Etienne, France, proof house. However, the Liege proof house sometimes used a crown over the letter R on firearms with rifled bores.

A great many rifles of this style were exported from Belgium in the late 19th and early 20th centuries. Assuming there are no broken or missing parts and the rifle’s in reasonable condition, the value should be in the $100 range, based on similar guns I’ve seen for sale. Your rifle appears to be in better shape than most; many have seen hard use and little care over the past 100 years.

Rifles of this type were generally chambered for long cartridges and would also accept short cartridges. I can’t say positively how your rifle is chambered, but even if accepted LR cartridges, I wouldn’t use modern high-speed ones.

This rifle (above) was recently handed down to me from one of my uncles. He bought it from an Ontario gun dealer when he was in his early twenties some 50 years ago. He can’t remember if it was new or used when he purchased it. It was his go-to deer rifle for many years, and I would like to pass it down to my son when the time comes. I know the rifle is not in the best of shape, as it could use a good rebluing and cleaning, but it still cycles beautifully and shoots like a dream. Any information about its history would be greatly appreciated.

This is a quality, well-made hunting rifle. I can’t pin down the exact year it was made, but it was most likely between the late 1950s and early 1960s. This was an era in which Britain was badly in need of foreign currency to help pay its war debts, and a number of companies were using military actions as the base for sporting rifles for export. Your rifle appears to be built on a Mauser 98 military action. Typically with these conversions, the bolt handle was forged and reshaped (or cut off and welded back on at a different angle) so it could clear a scope.

The original Mauser wing safety was replaced with a Parker-Hale safety, again so it would function with a scope in place. Receivers were drilled and tapped for scope bases. In this case, the action was fitted with a light contour barrel, most likely British made and chambered in .243. Since the .243 cartridge came out in 1955, the rifle would have been manufactured after that year.

The stock is nicely shaped and has what appears to be decent-quality hand checkering. The wood doesn’t have a lot of figure, but it appears to be walnut. There’s no particular collector interest in rifles of this type, but it does hold value as a well-made hunting rifle and family heirloom. As on old-timer myself, I like your rifle more than the modern plastic and stainless steel models, although younger hunters probably wouldn’t agree.

Views differ on the value of rebluing and refinishing. Personally, I’ve never been bothered by signs of wear on a hard-working hunting rifle, but it won’t hurt the value of your rifle should you decide to spruce it up a bit. Either way, it’s very much worth keeping in the family.