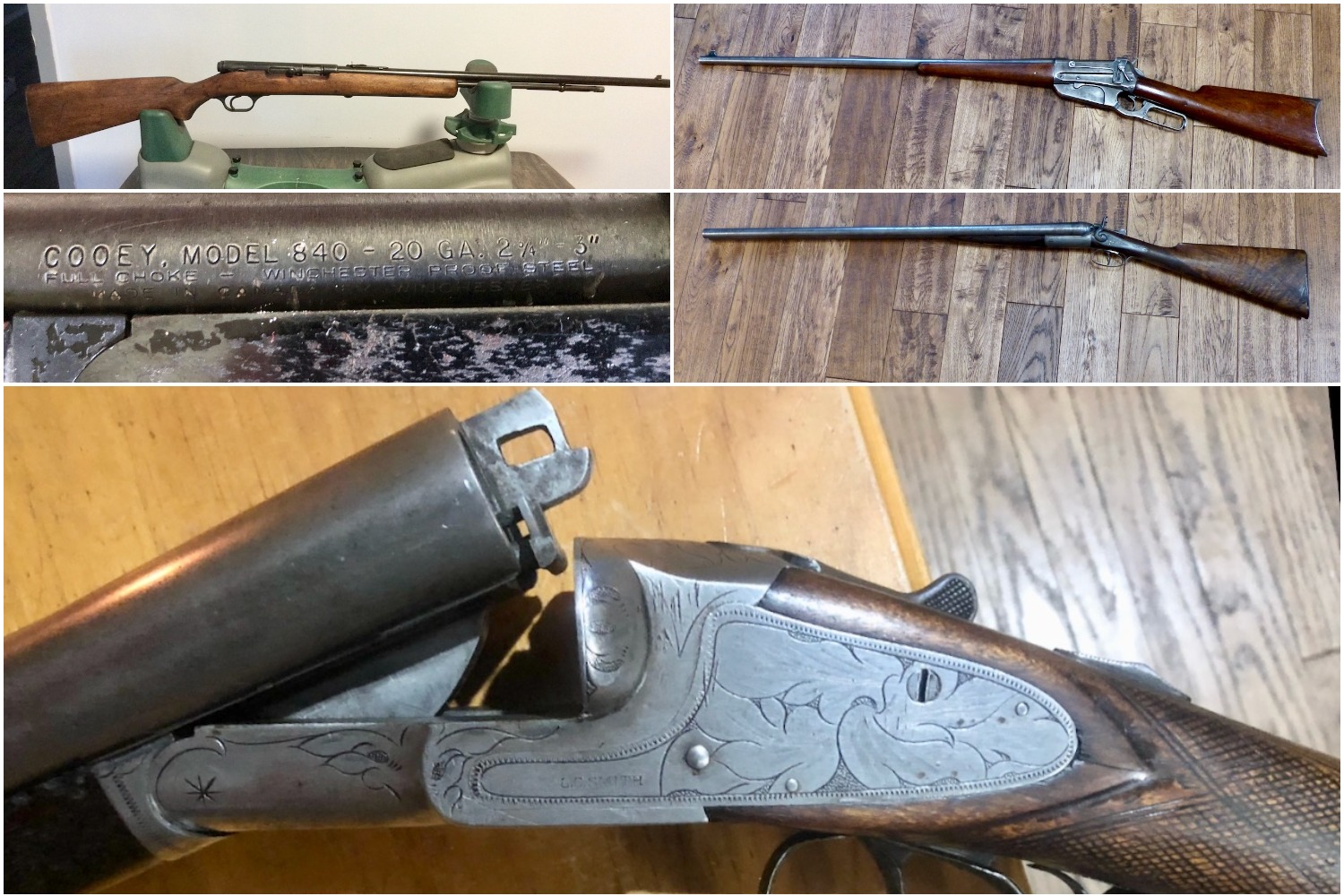 Checking out a 19th century Charles Ingram shotgun, an L.C. Smith double-barrel, a Cooey 840, a Springfield Stevens 87A and more

Our firearms expert, Dave Anderson, has retired from answering readers questions about their vintage firearms. If you are curious about the value of your firearms, we recommend you consult with your local gun ship, or visit an auction house that specializes in firearms. For recommended auction houses, go to www.outdoorcanada.ca/gunauctions.

I was wondering if you could help shed some light on the value of these two guns I’ve inherited. I believe one is a Charles Ingram 2825 double-barrel shotgun (top), and the other is a .303-calibre Winchester Model 1895 (lower). Thank you in advance for your reply.

Born in 1816, Charles Ingram was a gunmaker in Glasgow, Scotland. His father, John Ingram, was an armourer/sergeant for a Scottish regiment. Charles started his gun-making business around 1834, and was a sergeant in the 1st Lanarkshire Volunteers Rifles regiment. He was also known as a top competitive rifle shooter, winning several trophies.

The number 2825 on your shotgun appears to be a serial number, though I don’t believe any records of serial numbers and production dates exist. The company changed address several times, and moved to the location marked on your shotgun—18b Renfield St.—in 1870. Charles died in 1885, and the company was taken over by his nephew, Charles Annan. It stayed in business under the Charles Ingram name well into the 20th century.

Since your shotgun has external hammers, it was most likely made between 1880 and 1885, probably while Ingram was still running the business. Later under Charles Annan, the company began making hammerless ejector shotguns with more elaborate and extensive engraving. As best as I can determine, your shotgun was made between 1870 and 1885. It would likely be of interest to collectors of Commonwealth shotguns, though I’m not sure how to find such a buyer. I have no sales data or other information on which to base a value, but in general, external hammer shotguns aren’t worth a lot.

The Winchester 1895, meanwhile, is certainly in demand with collectors. A total of 425,881 were made before the model was discontinued in 1931. More than 293,000 of these rifles were made for a Russian contract and chambered in the 7.62 Russian cartridge. There doesn’t appear to be any significant rust or pitting on your 1895, and the screw slots seem undamaged. The rear sight appears to be the Lyman 21 (also known as the “climbing Lyman”), which was available as a factory-installed option or later added by a gunsmith as an aftermarket sight. You didn’t mention the serial number, but factory records for the 1895 in the range of 1 to 59999 are available. If your rifle falls within that range, I suggest you get a factory letter for US$75 from the Cody Firearms Museum (www.centerofthewest.org); it’s definitely worth the cost.

Rifles similar to yours have asking prices of US$2,500 to US$3,000 on U.S. firearm websites. At a Canadian auction, I estimate your rifle would bring in $2,500 to $3,000, depending on a closer inspection of its condition. The .303 British chambering would be considered a bonus for many Canadian buyers. It’s a very nice rifle that should garner a lot of interest, and sell easily.