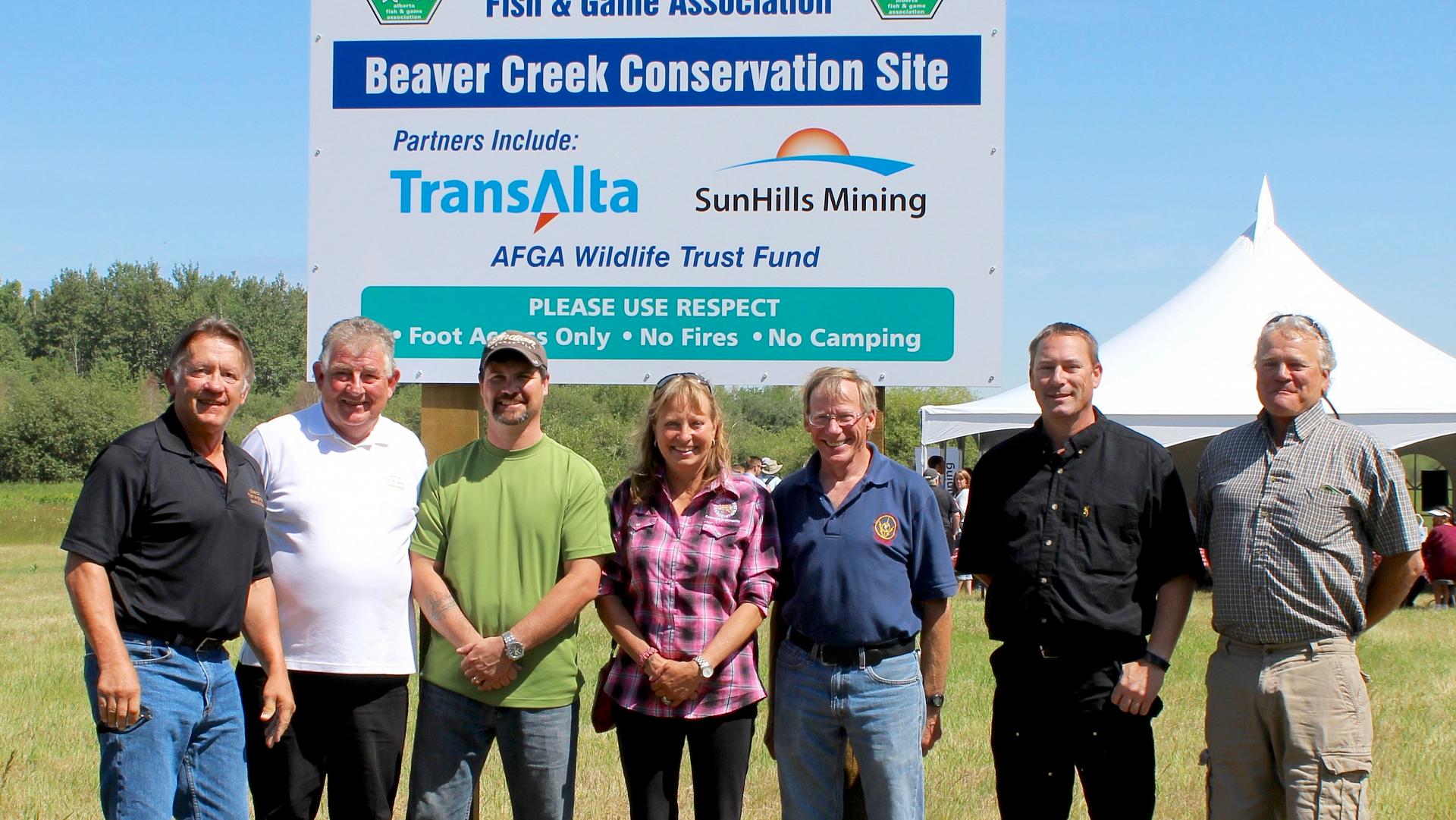 Hunters and anglers get access to almost 2,000 additional acres in 8 locations

Since 1983, when it established the Wildlife Trust Fund, the Alberta Fish and Game Association and its partners have been doing their part to protect critical habitat across the province. And this year is no different. So far in 2016, the AFGA has acquired eight properties totalling close to 1,700 acres. Six properties came from the Alberta Sport, Recreation, Parks and Wildlife Foundation, a former government department that recently divested itself of its land holdings. Of the other two properties, one was a private donation and the other was a joint purchase with the Alberta Conservation Association.

“The AFGA Wildlife Trust Fund was established for the purpose of perpetually conserving and maintaining wildlife habitat throughout this province,” says the AFGA’s executive vice-president, Martin Sharren. “It makes it possible for all conservation-minded Albertans, some having spent a lifetime preserving their land holdings for wildlife, to donate to the Wildlife Trust Fund. Whether it’s monies, bequests or properties, their donations will be used to the fullest possible extent for the preservation of wildlife habitat.”

Habitat in Alberta is under great pressure from industry, recreational users and agriculture, Sharren says, so the fund is one way that the AFGA can help. To date, the fund is involved in the management of nearly 50,000 acres of conservation lands spread across 80 locations in the province. The intention is to maintain the lands for public use and, more importantly, to provide habitat for wild species, he says. And while the lands are managed by the AFGA, volunteer stewards act as the association’s eyes and ears, inspecting the properties at least twice a year.

The properties also add to Alberta’s hunting and fishing opportunities—anyone can access them, without needing permission. Visitors can enjoy activities such as hunting, fishing, berry picking and photography, Sharren says, as long as they follow the rules. “The only real limitations are no motorized access, no camping and no fires.” For a map of the Wildlife Trust Fund lands, visit the AFGA’s website.