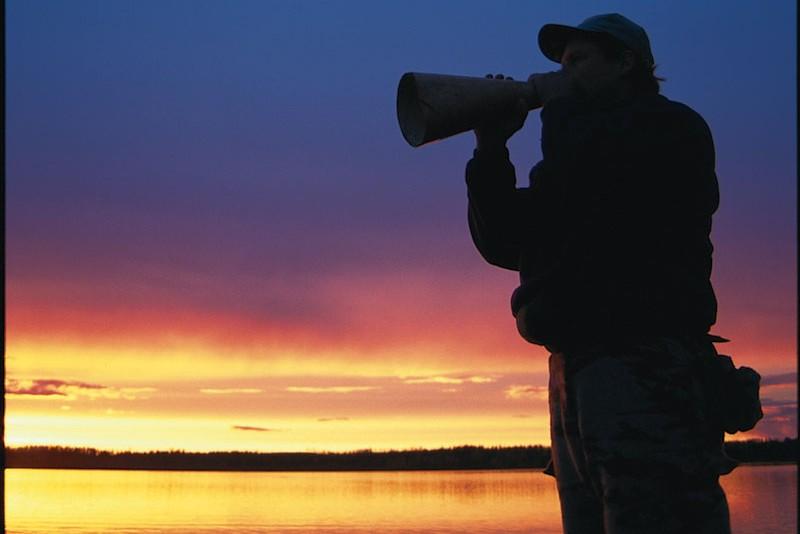 The best time to call moose

If you want to increase your odds of taking a big bull moose, ardent hunters will tell you you’ve got to hunt the rut. They’ll also tell you that you have to call. During their annual breeding phase, bulls are on a continual search for cows and, therefore, susceptible to calling—the most effective and exciting way to locate a bull moose.

Calling is a time-tested technique—Native Canadians were doing it long before the first Europeans set foot on our eastern shores—and it can be effective throughout the rut, which takes place between mid-September and late October across the country. Most experienced callers agree, however, that the most effective calling period is a two-week stretch at the rut’s peak.

Selecting where to set up is key. During the fall, bulls will be found wherever cows are: namely, in prime feeding areas. Look for cows or bulls, or signs of them, in places with high concentrations of browse, particularly willows, alder and dogwood. Transition areas, such as old burns, logging cut blocks or lake, pond and river shorelines are typically productive locations because they generally feature such growth. In boreal forests, look for any areas with a high proportion of deciduous cover.

Keep in mind that while you may fool a moose’s ears and eyes, you’ll seldom—if ever—trick his nose. Hence, calling from a location that forces a bull to reveal himself in an effort to get downwind of you is critical. That’s why many veteran moose hunters prefer to call from a shoreline or from out on the water.

Once you’ve selected your position, it’s time to get down to calling. Though commercial calls are available, nothing I’ve heard mimics a moose with the accuracy of the human voice amplified through the traditional birchbark horn. As for the timing, duration and intensity of the calls, there are as many theories about what works best as there are hunters. Most agree, however, that your calling sequence should begin with a series of low cow calls, in the hope that any nearby bull will immediately respond. After that, call every 15 to 20 minutes for a duration of 30 seconds to one minute, increasing the volume after the initial sequence.

Since we’re talking about an animal looking for love, not a fight, for the most part I stick with a cow call rather than a bull call. I make an exception if I’ve heard a bull respond to my call, but he’s reluctant to take those last few strides out into the open. A couple of bull grunts to mimic a rival is often all it takes to get him past his initial trepidation.

Depending on prevailing winds, bulls can hear you from distances of more than one-and-a-half kilometres. Some will respond immediately, their resonant voices echoing loudly in the forest, while others won’t make a peep. Some bulls will run straight to their prospective suitors; others will take their time and slip in without so much as rustling a spruce needle. For these reasons, hunters must be especially vigilant once they’ve started calling. If I’m confident in a location, and there’s considerable evidence of recent moose activity, I may continue to call for up to three hours before moving on.

Such patience can pay off. Until you’ve had a bull moose with love on his mind arrive on your doorstep, you have no idea just how thrilling hunting can be. Calling these great monarchs of the forest to within spitting distance is an experience few hunters ever forget.

Once you’re in place when moose calling, it’s not imperative to keep noise to a minimum. In fact, some noises can actually help attract moose. Provided the sound is not completely foreign to a bull (such as metal clanging against an aluminum boat), a little banging and splashing often adds realism to your calling sequence. Many hunters use a paddle to imitate the sound of a moose walking through water, or they funnel water through their calling horn to mimic a moose urinating. Others simply use a stick to occasionally beat the ground or brush to imitate a cow moose.