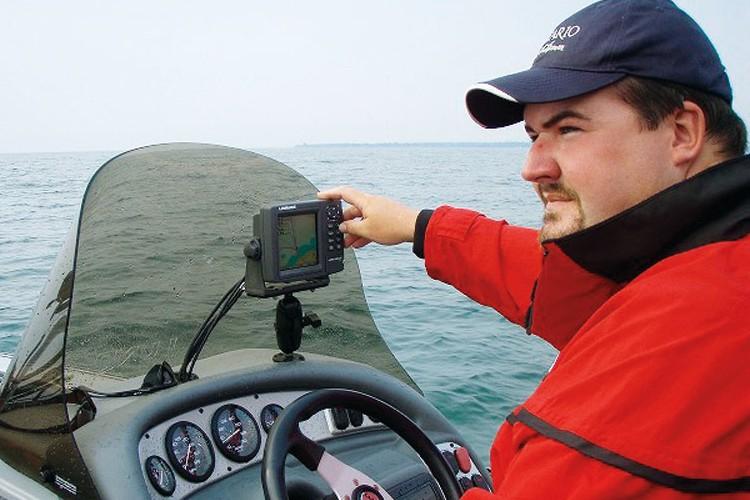 Get the most out of your fishing tech

I couldn’t believe what I was seeing. I’d just loaded some new map software onto my computer and suddenly I was looking at a 3-D hydrographic map, along with satellite imagery, of my home lake. It took me just seconds to find a deepwater trough near a shallow weedline I never knew existed. And there was a submerged crib right beside it. The spot reeked of big fish. Right away, I knew the way I fish had changed forever.

Now when I hit the water, I not only have my GPS and sonar to help put me on the hot spots, I also have the added advantage of digital maps. Here’s how to get the most out of this cutting-edge combination of fish-finding technology.

Until recently, the standard background maps loaded on GPS units were fairly primitive, with little in the way of lake details. Nowadays, however, many units come equipped with extensive base maps from Navionics, the industry leader in digital mapping. These maps provide the key starting point for advancing your skilled use of GPS equipment—if you don’t already have them, consider upgrading. They allow you to see exactly where you are in relation to structure, and when combined with a fishfinder, there’s very little cover you won’t be able to locate, fish effectively and return to at your leisure. With contour lines displayed in as little as one-foot increments, along with 3-D imagery, these detailed, high-definition maps are almost unfair to the fish. Almost.

BONUS TIP: Navionics maps come on tiny MMC/SD/CF cards, which contain the equivalent of literally thousands of dollars’ worth of paper maps for use on the water, or for simply studying in the comfort of your home. And Navionics continues to survey more and more Canadian lakes each year to add to its inventory.

Just a few short years ago, who would have thought you could do much of your scouting from home on a PC? Now you can thanks to GPS navigation software, such as Fugawi Marine ENC. Compatible with a wide variety of fishfinders, the Fugawi program lets you view hydrographic maps and manage waypoints by transferring them between your home computer and on-board GPS unit. You can also download the Google Earth plug-in and use a split-screen to view a map next to satellite images of the same spot. As you move around or zoom in or out of the map, the satellite image pans and zooms along with it in one clean motion. This allows you to view contours and depths, as well as weather and wind overlays, and actual images of the likes of docks, trees, weeds, shoals, sunken islands and more-things you otherwise would not have seen without being out on the water. Of course, the system isn’t foolproof-Google Earth images have varying degrees of detail, and they can be up to three years old, meaning things may have changed since the picture was first taken.

Anglers can get frustrated when fishing new waters, often hitting the first likely looking spot then wondering by noon why they haven’t caught a fish. Simply, they’re not making proper use of the tools at hand. They may have a Lowrance Broadband Sounder that amplifies the signal of their sonar unit, turning it into a super-detailed, high-definition, fish-finding machine. They may have a Humminbird Side Imaging Unit, which creates photo-like images of the bottom up to 480 feet across. They may have a Raymarine unit with advanced on-screen weather overlays that make it easier to theorize where the fish are. Or they may have a simple fishfinder and handheld GPS. Regardless, if you don’t take the time to drive the lake looking for structure and fish before you actually start fishing, you could be wasting your time. Even if you’ve already scouted from home using GPS navigation software, it’s a good idea to check out all the likely hot spots first before wetting a line. For optimal performance, set your fishfinder’s chart and transducer ping speed to high and your GPS unit to track-up (rather than north-up).

BONUS TIP: When viewing a full sonar screen on a combo GPS/fishfinder unit, remember that you can simply use the directional button to move the cursor over promising-looking structure to create waypoints.

These days, most anglers are familiar with GPS basics, such as user-generated waypoints. Gone are the days of triangulating visual landmarks to get on top of your hot spots. With a GPS unit, even the directionally challenged can land themselves within 20 feet of a pre-set waypoint. What you may not know, however, is that when a waypoint is created, the date and time it was entered is also recorded (as is the water depth on combination GPS/fishfinder units). This information can be as valuable as the location itself if you’ve marked a schooling species that may move into a particular area to feed at a specific time of day. The date and depth can also give you some indication of the seasonal movements of the fish. Also, be sure to keep a written record of the lures and techniques you used for a particular waypoint.

BONUS TIP: Waypoints are not much good if you can’t remember why you made them in the first place. When you save a waypoint, give it a name that best describes what it represents (weedline, shoal, point, etc.), then use icons to denote other key features in the immediate area.

Trails, or tracks, are one of the most useful GPS features, yet they’re sadly underutilized by anglers. Trails are the lines created on the screen that trace the routes you’ve travelled. These paths enable you to repeatedly—and precisely—retrace a successful drift or trolling line. They’re equally useful to help you avoid reworking unproductive water. You can set trails to be visible or invisible, as well as active or inactive. This can be beneficial for mapping specific structures, such as productive weedlines that are otherwise difficult to see at times. Here’s an example of how this can work. When conditions allow, position your boat on a visible weedline. Create a new trail and name it “Weeds,” then change its colour to green and set it as active and visible. Next, use your electric motor to work down the weedline’s exact edge. When you’ve completed tracing the weedline, set the trail as inactive and move on to another weedline. Make the Weeds trail active again and repeat the above process. Now, any time you want to, you can return to the same weedlines, set the Weeds trail as visible but inactive, and fish the exact same edges with ease, regardless of the conditions.

BONUS TIP: You can use the trail feature on a GPS to mark any structure that may hold fish.

Despite advancements in today’s fishfinders, there are still times when manual settings can better suit the situation at hand. If you’re vertically jigging for whitefish in 80 feet of water, for example, you’ll get the best results by zooming in on the bottom as much as your unit will allow, and turning up the sensitivity as far as it will go before completely losing the signal. This will let you effectively spot fish holding on the bottom—if you’re stationary, the fish will appear as straight lines on your screen. You’ll likely see your bait or lure onscreen, too, and you may even see fish rise for it as it drops. When targeting pressured fish in shallow water, on the other hand, turn the transducer off, as it can emit rapid, static-like snapping sounds that will spook wary fish (if you have a GPS/fishfinder combo unit, you’ll still be able to see the water temperature reading and GPS location on the screen). Whatever the case, if you take the time to use your electronics to their full potential, you’ll enjoy the rewards of your efforts in no time. Just remember, though, that once you’ve found the fish, it’s still up to you to actually catch them.

BONUS TIP: Use your unit’s screenshot feature to capture noteworthy elements you can study later. For example, the colour of the lake floor can tell you whether the fish are holding on a hard or soft bottom.

An underwater camera can make a great complement to your boat’s sophisticated electronics. First produced by Aqua-Vu in 1997, underwater cameras are excellent for scrutinizing bottom structure and finding out exactly what species of fish are making the exciting arcs on your sonar screen. The cameras can also be lowered into the bait balls you see on your fishfinder, allowing you to precisely match your presentation to the forage. As well, many models come with probes that relay the water temperature at the depth being viewed. This is particularly useful on lakes during the fall turnover.