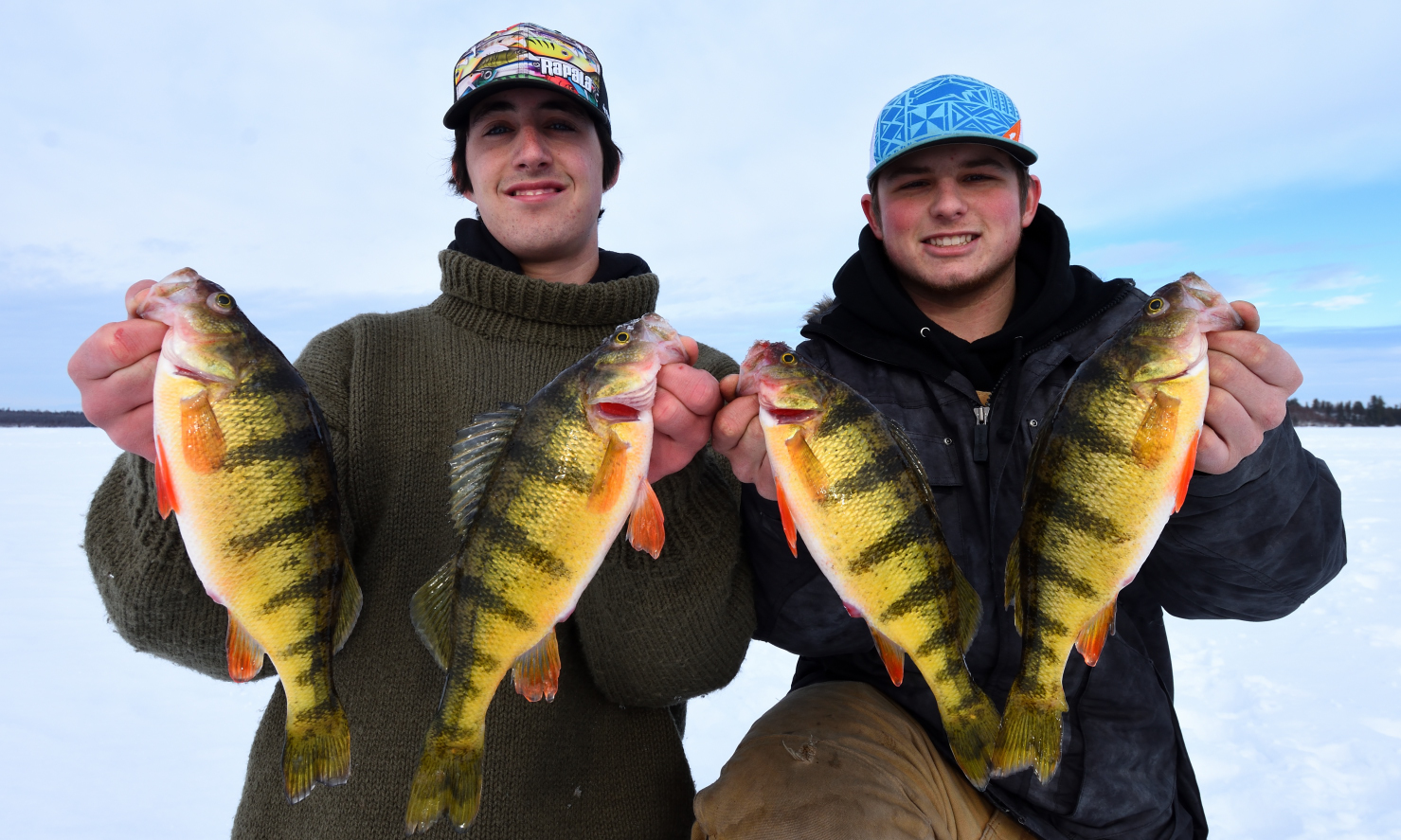 Those who know me know that I never go ice fishing for walleyes, yellow perch, black crappies, northern pike, lake trout or whitefish without bringing along at least one rod rigged with a horizontal jigging lure.

As a matter of fact, it was recurring question that I was asked when I was presenting seminars at the Toronto Spring Fishing & Boat Show last week.  If I could only have one lure in the winter—hat one would it be?  As I told the questioner each time I was asked—it would be a horizontal jigging lure, typified by the original Rapala Jigging Rap.

Case in point: last winter my grandson Liam landed the biggest lake trout I’ve ever seen come up through a hole in the ice. And he was using the Jigging Rap’s first cousin—a Rapala Snap Rap—and pounding it for perch. If it had been the first time I had seen it happen, I would have discounted it as nothing more than luck, but it was only the latest in a long string of such giant misfortunes.

Now, however, there is a new addition to this category of lures. Acme Tackle Company’s Hyper-Glide offers ice anglers unique characteristics not found on any of the other club members.  In other words, it’s an improvement, not a knock-off. 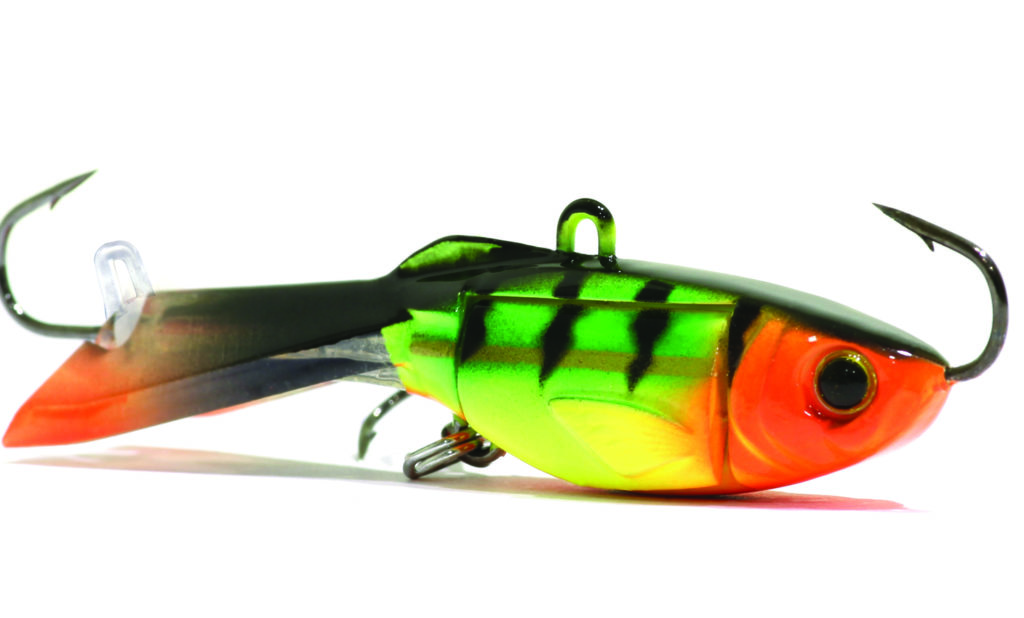 The coolest feature of the Hyper Glide is the set of miniature wings on the sides, that mimic gills and pectoral fins, and open, close and flare when you lift the lure up, and let it fall.  Whether predator fish actually mistake them for body parts is open for debate, but what isn’t is in question, is that the subtle movements are a huge fish turn-on.

Several times last winter, and again so far this winter, I have watched fish on my Humminbird Helix 7 Ice unit swim under the hole and stare at the horizontally positioned bait.  Gently nodding it up, and then letting it fall only an inch or two—just enough to flap the wings and expose the silvery underbelly, like a flickering emerald shiner—has sealed the deal.

The most telling time was a few weeks ago after Liam and I had caught and released several slab crappies.  I knew we had wrought havoc on the fish, and they’d become cautious, so I dropped down the fast-sinking lure and hung it a foot or two above their heads.  And then I held the lure completely still knowing that the fins and gills would still be opening and closing. 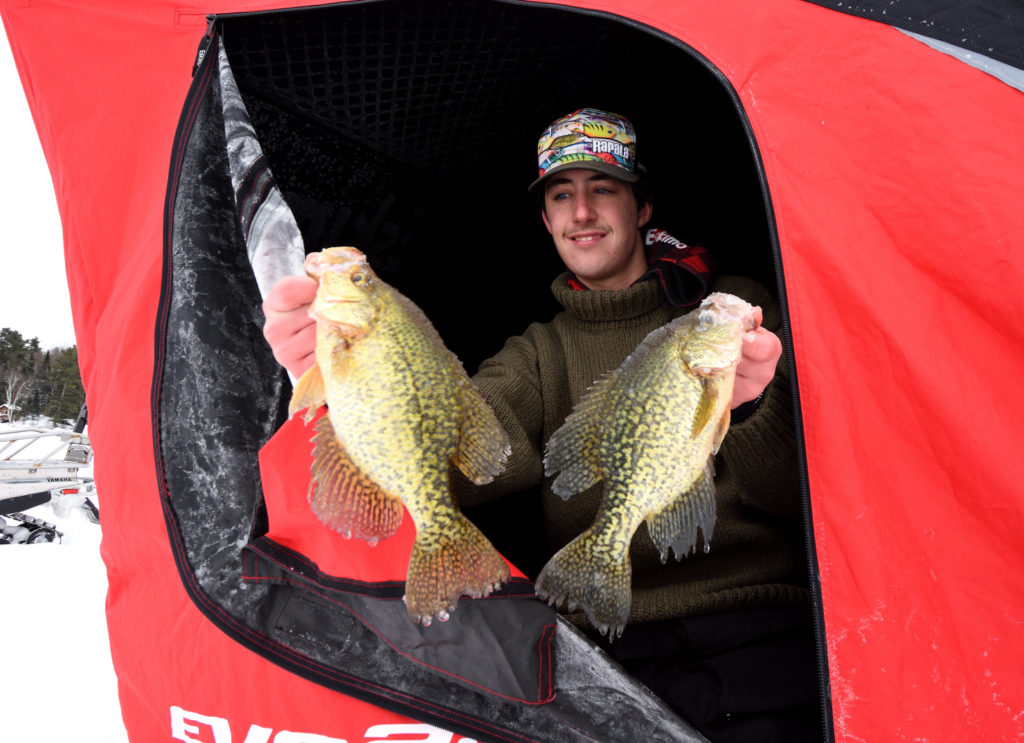 It’s worth noting, too, that the Hyper-Glide also has an ingenious soft plastic V-Drop in front of the tail hook around which you can loop your line for an ultra fast descent to the bottom.  It is super-effective when you are ice fishing in deep water or need to get your lure back down to the fish quickly before they move off or swim away.  In effect, it keeps the wings folded in against the body as the lure torpedoes to the bottom.  But when you snap your rod tip, the line pops out of the keeper and you are back in business.

Gotta’ confess, too, I love the high definition paint jobs on the Hyper Glide.  They are drop-dead gorgeous—maybe the best paint jobs on any in the lure family.

And speaking about the broad lure family that includes the original Rapala Jigging Raps and Snap Raps, Freedom Turn Back Shad and Lunkerhunt Straight Up Jig, they are complimentary—each bait fishes differently and has its time and place.

As for the Hyper-Glide, however, that time is now.