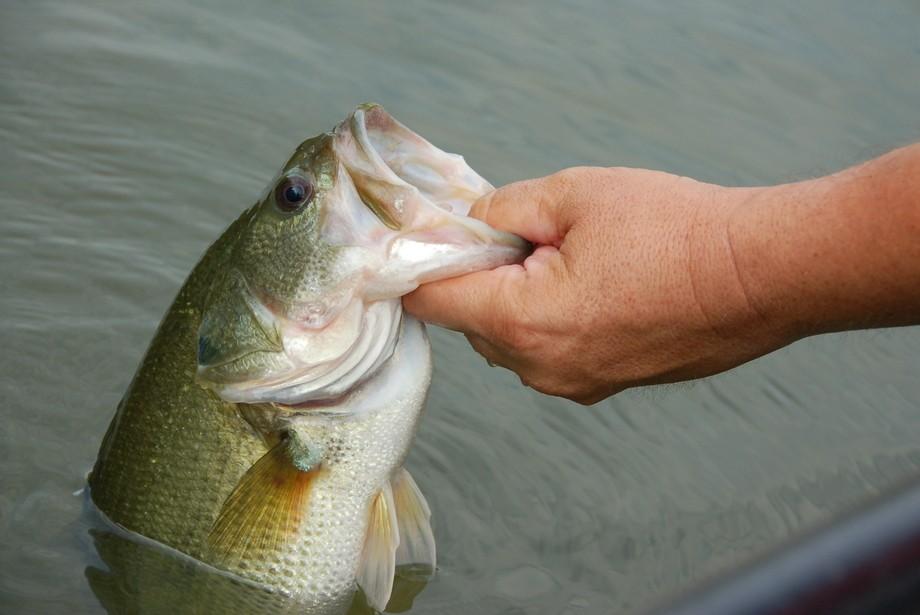 Crayfish and bass go together like ham and eggs or apple pie and ice cream—they’re the perfect combination.

Yet, knowing this fact, sometimes throws anglers off, and they miss an important concept when they flip, pitch or cast soft plastic crayfish imitations to tempt bass, trout, walleye and a whole host of other fish that feed on small insects and crustaceans.

What they often do is pick a crayfish imitation that features large claws in an attempt to precisely “match the hatch.” But that can be a mistake, according to Dr. Keith Jones, who heads up the Pure Fishing Laboratory in Spirit Lake, Iowa.

According to Jones, who has studied captive bass that reside in huge tanks at the Pure Fishing lab, the fish become overly cautious when a crawfish rears its claws in a protective, defensive posture. And many times, the bass actually back down, cease the chase, and swim away. Far better, says Jones, to use a crayfish imitation that doesn’t sport giant claws and appear to be picking a fight.

I honestly did a double take when I was researching the new fishing products recently at the EFTTEX Show in Vienna, Austria and passed by Singapore-based SureCatch World’s exhibitor’s booth.

SureCatch is Zerek’s parent company and Freddie Lai, Head of Product Development was demonstrating the Snappin’ Shrimp, attached to one of the uniquely weighted jig heads, in a small glass fish tank.

If seeing is believing, then I am a believer in these new Snappin’ Shrimp.

The tails are super soft, segmented and impart an amazingly realistic crayfish/shrimp motion.  But the segments are also joined together by a Teflon material woven inside, so they’re also super strong and can withstand multiple hook-ups.

The Snappin’ Shrimp are going to be available in four sizes, including 2-, 3-, 4- and 6-inches and in weights ranging between 10- and 25- grams, which essentially corresponds with the 1/4-ounce to 3/4-ounce weights with which Canadian anglers are familiar.

You will shortly be able to obtain more information about the Snappin’ Shrimp as well as order them via Zerek Innovation’s website.

But in the meantime, watch this short video that I shot at the show with Freddie and then tell me—if you were a bass, walleye or trout could you pass up eating one of these soft, seductive, tasty-looking morsels if you saw it swimming in the water?