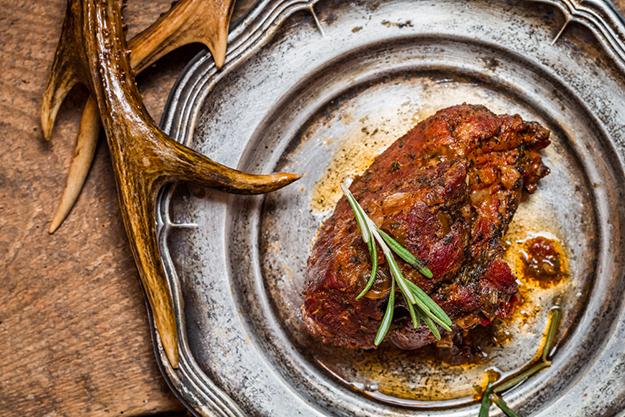 The return of market hunting

This past February, amid the typical hype and dazzle reserved for such occasions, Quebec’s then minister of sustainable development, environment, wildlife and parks, Yves-François Blanchet, unveiled his government’s latest hare-brained initiative. As of this fall, he proudly announced to the assembled gaggle of media types at Montreal’s Toqué! restaurant, wild game would be on the menu at a select number of upscale Quebec eateries, the Toqué! among them.

As waiters refreshed drinks and spirited away empty plates, Blanchet elaborated. White-tailed deer would be first on the menu, but only a dozen or so for the first year of the pilot project. And coming from badly overpopulated Anticosti Island, Blanchet reasoned, a few head could hardly be missed.

Also slated to appear à la carte are squirrel, beaver and muskrat, though these will be added to menus at a later point in tandem with the trapping season (the squirrels are to be taken through a cull of nuisance greys during maple sugaring operations). Looking forward, Blanchet suggested other game animals might be included, if and when their numbers warrant a market hunt.

Also at the press conference was then Tourism Minister Pascal Bérubé. He hailed the wild game menu as a unique initiative in North America, certain to attract international foodies to the province’s restaurants. The nine chefs who spearheaded the lobby to sell wild meat, meanwhile, portrayed themselves as grateful and caring recipients of nature’s bounty.

But in the process of all this mutual backslapping, the province’s hunters got the rap as undeserving wastrels who leave game to rot. And media hacks dutifully recorded this bunk as pure gospel.

“Normand Laprise, the chef-owner of Toqué!, said the right to serve wild game meat is a welcome natural step for restaurants like his, which has long promoted local and sustainable food,” reported Montreal’s *Gazette*. “Laprise said allowing restaurants, and eventually specialty grocers and butchers, to sell wild game will also reduce waste. He cited figures indicating that only as little as 40 per cent of all meat from the 26,000 to 28,000 wild deer killed during the annual hunt is butchered and cooked. The rest is left in the woods or by the roadside and goes to waste.”

Then Marie-Claude Lortie, the seasoned food critic for Montreal’s French-language La Presse, also weighed in, repeating Chef Laprise’s contention that much of the meat from hunted animals goes to waste. Why? Because so many hunters either do not know what to do with it or have no interest in doing anything with it. The Globe and Mail took up the mantra as well, quoting Laprise as saying that 70 per cent of that meat taken by Quebec hunters goes into the garbage. Quel drivel.

So, where did that figure come from? My requests to interview Laprise, who presides over the panel that sets the rules for the sale of wild meat in Quebec restaurants, were declined until some unspecified point in the future. Blanchet’s office, meanwhile, was unable to provide any insight, despite initial indications it would do so. And now, following Quebec’s recent election, Blanchet is no longer in office.

So the accusation hangs out there, gaining credibility through repetition. And hunters—not only in Quebec but also coast to coast—have been doubly slapped in the face. One cheek is stinging thanks to the fabricated, self-serving claim we hunters let most of our game meat rot, which is as ridiculous as saying grocery shoppers throw 70 per cent of the food in their carts into the garbage.

And the other cheek? It’s smarting over the overall concept of selling wild game to consumers. After decades of distancing ourselves from the stigma of market hunting, guess who has been unilaterally designated to get their hands bloodied. You got it—recreational hunters with special permits to kill animals for the nine chefs involved in the project, and their paying diners. The scheme will no doubt attract some mercenaries, but it galls the true hunters among us.

As for enjoying a nice supper at one of these Quebec restaurants? I’d much rather go home and fry up a chunk of my own venison, something I worked hard to get. And something I certainly didn’t toss in the garbage.