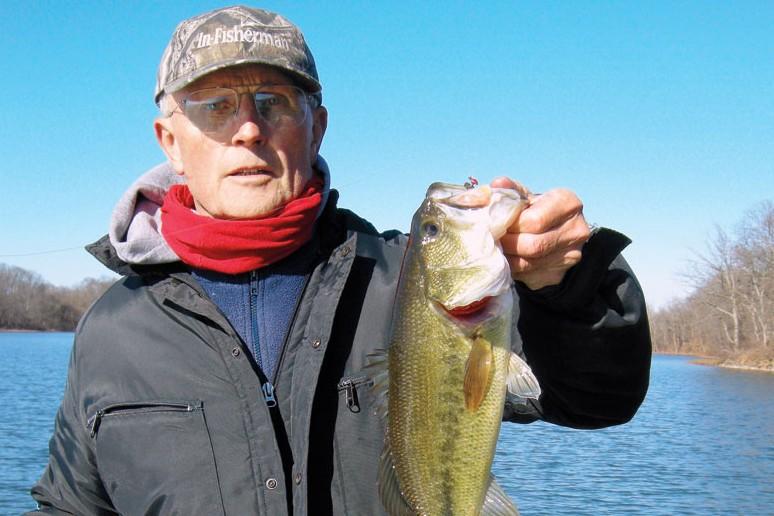 The man who catches 101 fish—every day

You’d be wise this year to consider emulating Ned Kehde—if you want to catch lots of fish, that is. Each time he hits the water, the veteran outdoor writer sets himself a target: to catch 101 fish, be they bass, crappies, catfish, perch, trout, sauger, walleye or any combination thereof. No, not 100 fish, but 101. Every time.

Kehde, who fishes almost every day of the year, carries a handheld clicker to keep an accurate tally of his catches. And you’d be surprised at how often he accomplishes his daily goal. You’d be even more surprised to know where he fishes, and the time of day he launches his boat.

You see, Kehde lives in Kansas, which is much better known for tornadoes and wheat fields than walleye and water. And he rarely makes a cast before noon, reserving the morning hours to punch away at another award-winning story on his keyboard. He also never misses dinner—three to four hours is enough time most days for him to accomplish his goal on some of the smallest, toughest and most congested public waters in North America.

While Kehde spends countless hours on field assignments with some of the most skilled anglers in the world-pros such as Kevin VanDam, Rick Clunn, Aaron Martens, Greg Hackney and Mark Davis-he never adopts their high-pressure, run-and-gun, power-fishing strategies. Instead, he enjoys the constant, non-stop action that comes from wielding light rods, light lines and small lures.

Although many of the fish Kehde catches are modest in size, he does nab his share of lunkers. And his set-up is so universally fish attracting, he catches almost anything that swims. Indeed, he’s as close to an angling vacuum cleaner you’ll ever find.

During a recent outing, for example, Kehde planned to return to a lake where he’d caught a six-plus-pound largemouth days earlier. Since there was too much wind, however, he and his partner went to another lake and fished for smaller, deeper fish. “We ended up catching 20 bass up to four pounds, and brought home 17 crappies up to one and a half pounds,” he says. “If we had gone strictly to catch crappies and had concentrated on them, we could have caught 80 big ones.”

Now be honest: when was the last time you caught 80 big fish of any kind, let alone fish that weren’t even your target species when you launched your boat? Such results are typical, though, of a day on the water with Kehde, whose emphasis is on catching as many fish as possible. And when you follow that tactic, he says, the big fish look after themselves.

Of course, it helps that Kehde’s one heck of a talented angler, having refined his selection of rods, reels, lines and lures to an amazing few that catch fish wherever he goes. Anglers who adopt his minimalist methods, he promises, can catch all the fish they want with just two set-ups, both fashioned around six-foot-long, medium-action spinning rods with balanced reels. One outfit should be spooled with 10-pound-test monofilament, and the other with 10-pound-test Spiderwire, P-Line or Stren braid (along with a six-foot-long fluorocarbon leader tied on with a J-knot).