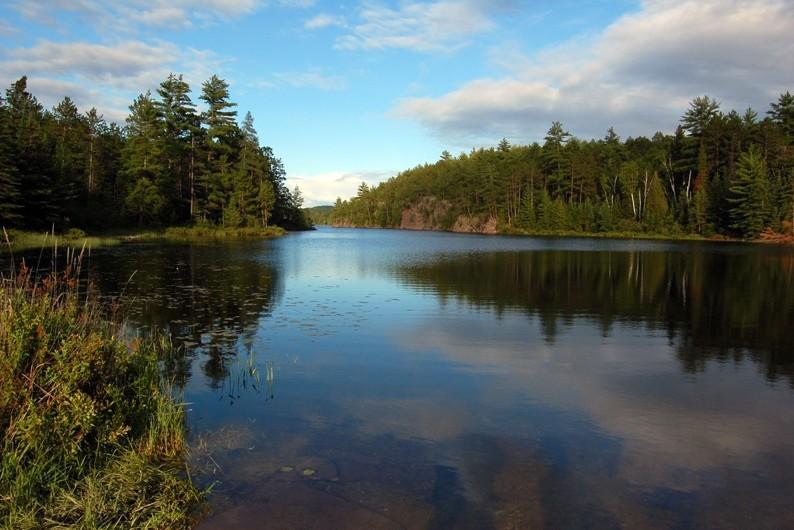 When asked to name the one thing that gets their hearts beating faster when they pull up onto a weed flat, both tournament pro Frank Pugelj and fishing author Jim McLaughlin have the same answer: northern watermilfoil. Better yet, says McLaughlin, milfoil is at its walleye-attracting prime when it takes on a lush, red hue in early summer.

Coontail and cabbage weeds can also offer superb walleye fishing, says Pugelj, especially if there’s no milfoil to be seen. But when all three weeds are present, he says, the milfoil beds will consistently harbour the biggest walleye while the cabbage and coontail gardens will host numbers of small- and medium-sized fish.

Also key is water clarity, or rather a lack thereof—both seasoned pros look for weedbeds in opaque water. And that’s not always an easy task. One of the major functions weedbeds play in aquatic environments is to filter out sediments and clean up the surrounding water. So finding a weedbed without clear water can take plenty of searching.

And Pugelj, in particular, is not looking for mere dark or stained water. “I want it to look like a cup of coffee,” he says. “If I can see down two feet into the water, it’s too clear. I’ll keep searching for darker conditions.”

In the southeastern Ontario haunts where McLaughlin spends most of his time hauling big mamma marble-eyes over the side of the boat, such coffee-coloured water is often at a premium. So the walleye ace goes looking for the next best thing. “Current can make a good weedbed rock,” he says. “It stirs up the bottom.”

McLaughlin says it can be a natural current flowing through a lake or simply wind blowing into the weeds. Or, it could be a man-made current. “In the Kawartha and Rideau lakes systems where I spend a lot of my fishing time, there are locks used to ferry pleasure craft from one lake to another. Opening and closing these locks all day creates a subtle current that most walleye anglers miss,” he says. “That can be a mistake.”

Once Pugelj finds a bed of milfoil in coffee-coloured water, he hunts for the final element: clumps of vegetation growing in slightly deeper pockets of water scattered throughout  the weedbed. If the milfoil is generally covering a seven-foot-deep flat, Pugelj says isolated weed clumps growing in seven and a half to eight feet of water will be the winners, provided the bottom of the hole is covered with dark muck rather than light sand or clay.

Such randomly scattered, marginally deeper clumps of vegetation may seem insignificant—we’re talking about just 12 inches of extra depth, after all—yet they represent the imperative spots on the spot. And they’re precisely where Pugelj says he has mined victory after victory in tournaments; once he discovers a slightly deeper pocket, he never forgets where it’s located.
“The hole may be only 20 or 30 feet in diameter, but it will draw walleye back year after year,” Pugelj says. “I guarantee the fish will be there.”

The spots on the spot: Finding a nice bed of milfoil is one thing, but find isolated clumps of weeds growing out of slightly deeper pockets of water, and you’ve hit the jackpot. Walleye gravitate to these randomly scattered holes, making them veritable spots on the spot. To be a real winner, the hole bottom should be dark muck, not light-coloured sand or clay.

Walleye weather: The weather, as well as the time of day, can heavily influence where you’ll find walleye in the weeds. Early in the morning, late in the afternoon and on overcast days, the fish will move out to the edges. They’ll also suspend on top of the weeds, especially if there’s three or more feet of water between the weeds and the surface. However, if the sun is shining, the water is clearer than normal or it’s the day after a cold front, the walleye will typically tuck themselves under the thickest clumps of milfoil, coontail or cabbage weeds—and put your skills to the test.