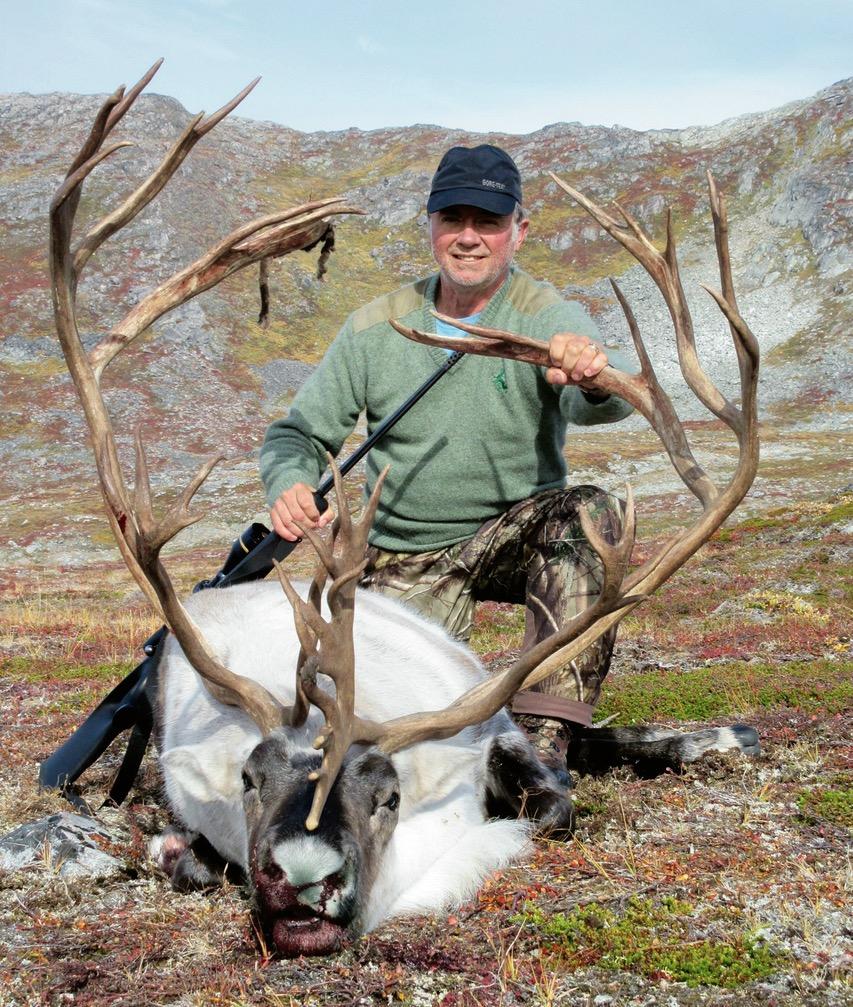 This Canadian’s world record vanished, but he still took a seriously big animal

Short a world record, but long on big-game wisdom

When veteran big-game hunter Russell Forbes left for Greenland last September to hunt muskox, he didn’t expect to return with a world-record caribou. But that’s exactly what happened—or so he thought. After the 65-year-old hunter from Kitchener, Ontario, harvested his muskox, he also took a caribou (below), which was officially scored at 502 inches, smashing the former Safari Club International world record of 416. Months later, however, SCI reclassified his trophy as a reindeer, rescinding the record. While disappointed, Forbes remains positive about the experience. “It’s the eighth largest reindeer ever shot,” he says, “so it’s still a really respectable animal.” Plus, he still has 45 years of other hunting memories to fall back on. Alongside his long-time buddy John Donato, Forbes has hunted antelope, black bears, caribou, elk, mountain goats, moose, muskoxen, mule deer, whitetails and, now, reindeer. With all that in mind, we asked Forbes to share some of his top big-game tips.

Forbes is adamant that a Weatherby Mark V in .300 Weatherby Magnum is the best all-around big-game rifle. “That’s over years of owning many different rifles,” he says. “If I was starting over all over again, that would probably be the only gun I’d own.” As for ammunition, he says he’s impressed with the construction and stopping power of Barnes VOR-TX 180-grain bullets. “They always stay in one piece, and they’ve always been very effective in a good clean kill.”

Forbes says he’s committed to always making a quick, clean kill, so a bullet’s stopping power is especially important to him. “The part of the hunt I don’t really enjoy is the actual kill,” he says. “Ultimately, we hunt to be able to enjoy the meat from an animal, but I don’t want to think that it has suffered any more than necessary.”

For a successful stalk, Forbes stresses the need to constantly mind the wind. “You’ve got to know which way it’s putting your scent,” he says. As well, he emphasizes the importance of concealment and cover. “If you have to move through an open basin, it’s pretty damn tough to be successful. If you can get up onto a ridge or behind a ridge or move through a bush, however, you stand a whole hell of a lot more chance of being successful—as long as the wind direction is in your favour and not against you.”

While most of Forbes’ shots are at 150 to 200 yards, he has harvested a mountain goat at 400 yards. What’s the secret to making a successful long shot? “Practice, practice, practice,” he says. “The only reason I took that long shot was because I spent a lot of time in advance at the range.” It all goes back to his respect for his quarry and reluctance to risk wounding an animal. Says Forbes: “You have to be patient, weigh the odds, then make your decision.”