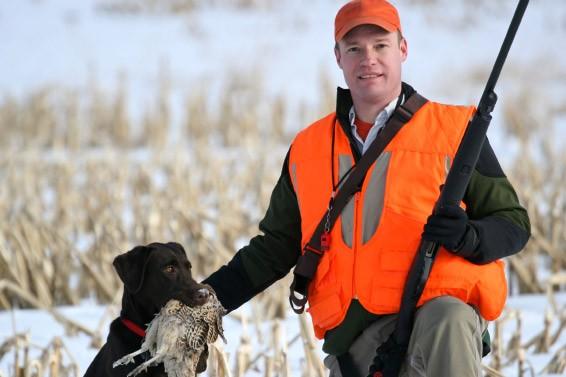 When selecting an upland hunting dog, your decision to choose a flushing or pointing breed should hinge on the type of bird you hunt-and its habitat. Keep in mind that some breeds work better in heavy cover, while others are best suited to open land. Discuss your options with a reputable breeder.

Finding the birds: What to look for and why

Like any serious form of hunting, the key to success with native upland birds lies in knowing both their habits and their habitat—and the relationship between the two. While Canada now boasts viable populations of introduced quail, pheasant and partridge, the following tactical advice applies to those native species that continue to thrive and are widely pursued by hunters. These include the ruffed, spruce, sharp-tailed and blue grouse, along with three species of ptarmigan: willow, white-tailed and rock.

Where the birds are

The distribution of upland game birds throughout Canada has changed dramatically over the past century, thanks both to the loss of indigenous species and the successful introductions of foreign birds.

Leading the way in terms of plummeting native populations is the greater prairie chicken. Once common across the southern regions of Manitoba, Saskatchewan and Alberta, it has been extirpated from its Canadian range. The sage grouse, the largest of all native upland birds, has seen its populations plummet to the point that it can no longer sustain hunting in its former Alberta and Saskatchewan strongholds. Both species are victims of myriad factors, with habitat depredation leading the way.

On the positive side, several non-native upland birds have been successfully introduced in Canada. The gaudy, but sporting ring-necked pheasant, a native of China, has established itself locally from Nova Scotia to B.C. And the grey, or Hungarian, partridge is now a fixture in landscapes across an equally broad range. Both species have become the quarry of choice for many avid upland hunters.

Also faring well, but in smaller pockets, is the chukar partridge, a relatively recent introduction from its natural home in central and southern Europe and Asia. It has done quite well for itself in the southern interior of B.C., while mountain and California quail from the northwestern U.S. are now residents of B.C.’s southern mainland and parts of Vancouver Island (though the vague information available suggests the mountain species may actually be native).