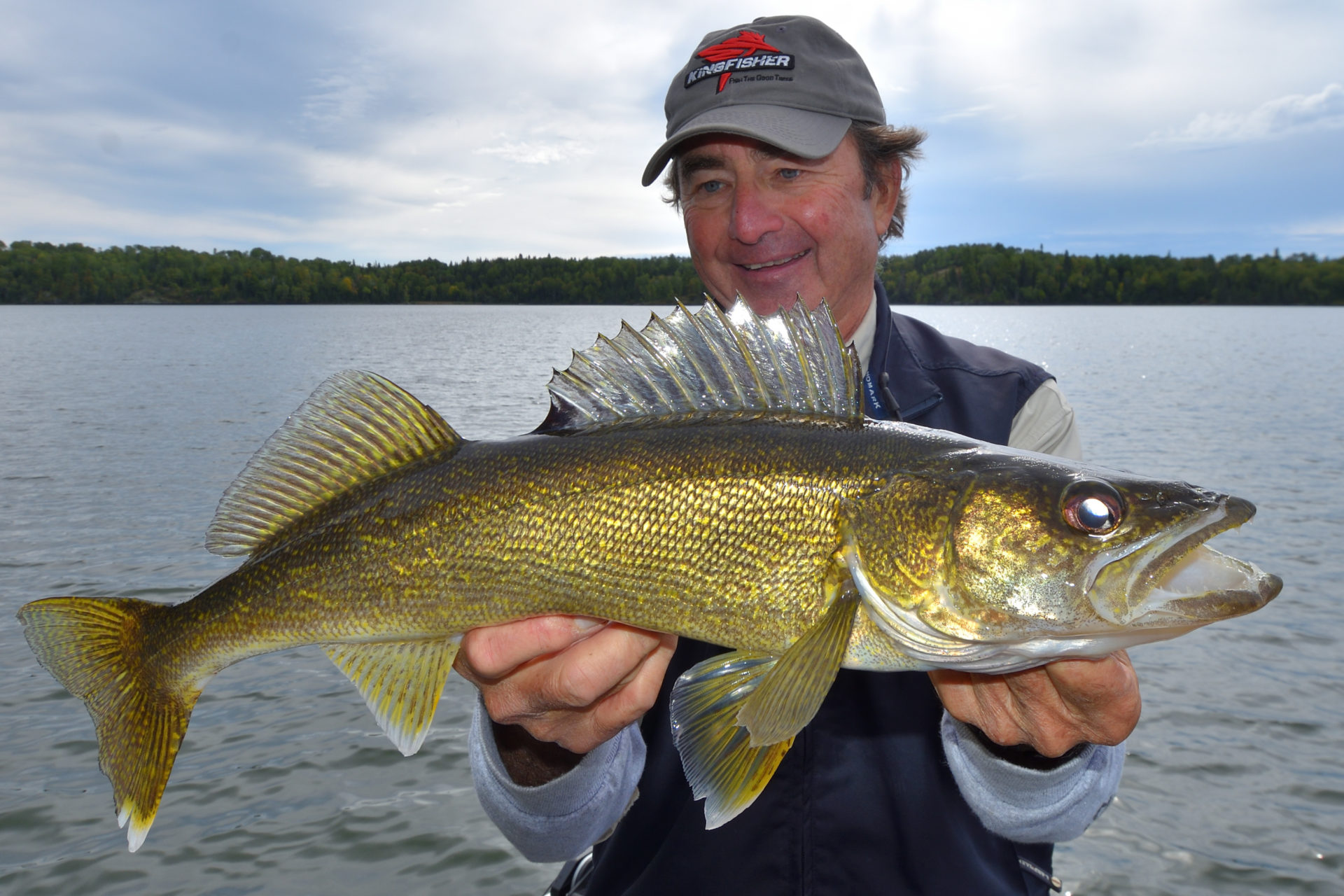 Answering a few of your questions about walleye fishing

Well, there is one thing for certain about this lockdown during the coronavirus pandemic, it has anglers glued to their monitors and other device screens, soaking up anything and everything to do with fishing. I was scheduled to spend an hour with Angelo Viola and Pete Bowman on the Fish’n Canada Live broadcast  last Thursday but it turned into an almost 2 1/2 hour long marathon with viewers flooding us with great fishing questions. In fact, there were far too many to answer. So I thought I’d pick two walleye questions, since the walleye season is opening up across the country and answer them.

The first one was from a viewer who wanted to know if walleye would hit dead minnows if he used them to tip his jigs. I thought it was a good question because most bait and tackle stores remain closed, but a lot of anglers have salted or frozen minnows on hand. 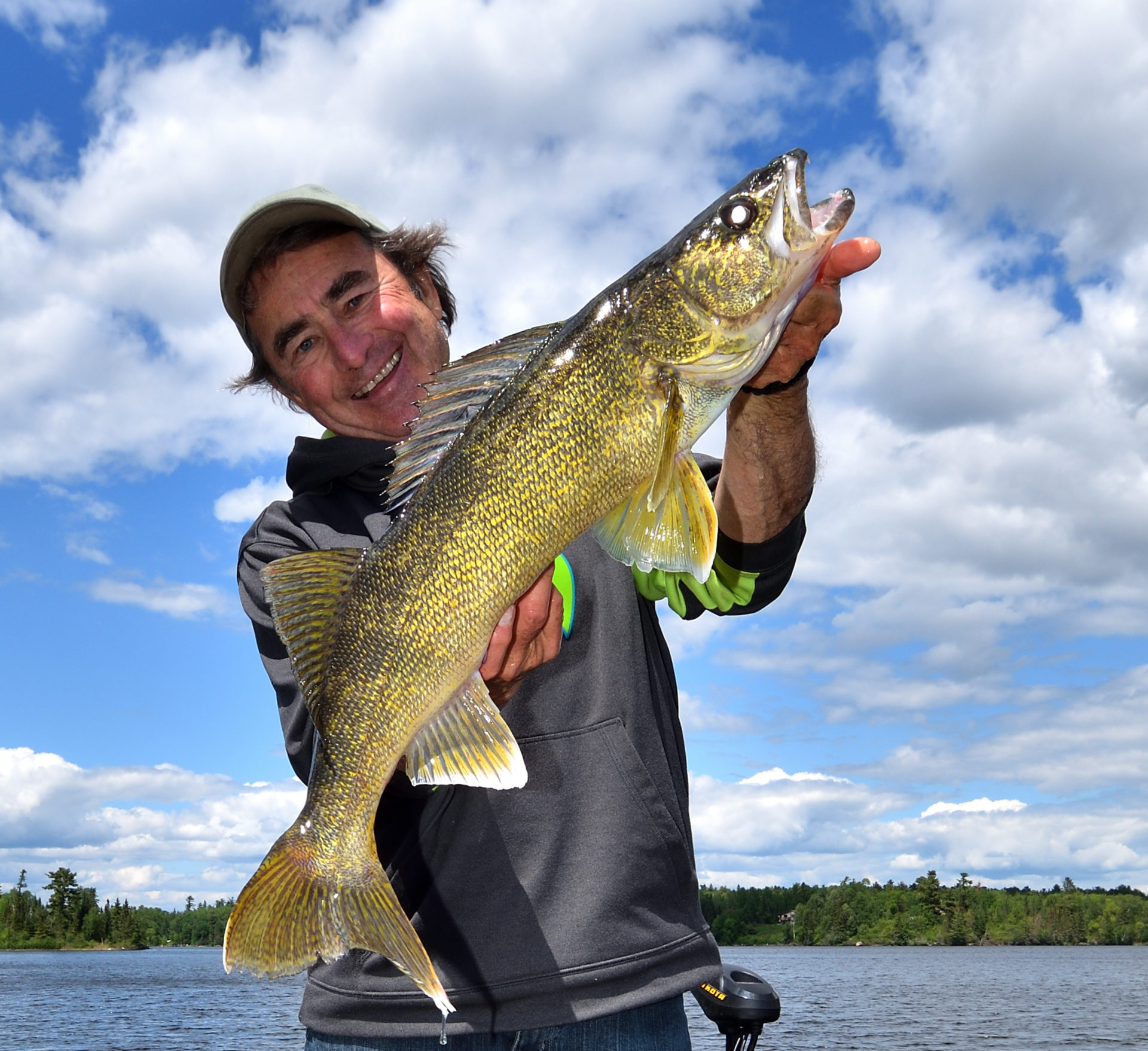 The quickest way to answer the question is to remember that most fish are opportunistic feeders. This means that, within reason, they will generally eat whatever they can find. The other important principle  to keep in mind is what biologists refer to as the expenditure of energy. In order for a walleye to survive, it doesn’t make physiological sense for it to spend more calories hunting for food than it will gain if it is successful. So the energy a walleye expends in the hunt (its energy “cost”) has to be less—preferably a lot less—than the calorie value of the food captures. This is why you often see two or three minnows swimming nonchalantly around a big walleye, which won’t waste its energy chasing them. Or if it does decide to pursue, it will give up quickly if it realises the minnows are going to be too hard to catch. This is also the reason why we catch so many big walleyes every year casting and trolling substantial size lures like big five- and six-inch swimbaits and large minnow-style lures. Research has shown conclusively that big walleyes prefer big baits. Gobbling up a big meal offers good energy value.

So, back to the question of tipping our jigs with dead minnows. Walleyes will definitely eat them. In fact, there are many places across the country where you can’t use live minnows for bait. That’s because the jurisdictions are concerned that anglers might unintentionally introduce an invasive species, like smelt or gobies. But in most of these places you can use dead minnows, and they work just as well. In fact, to be perfectly honest with you, I would much rather tip my jig with a large freshly thawed spot-tail or golden shiner, than use a small less-preferred live minnow like a stickleback. 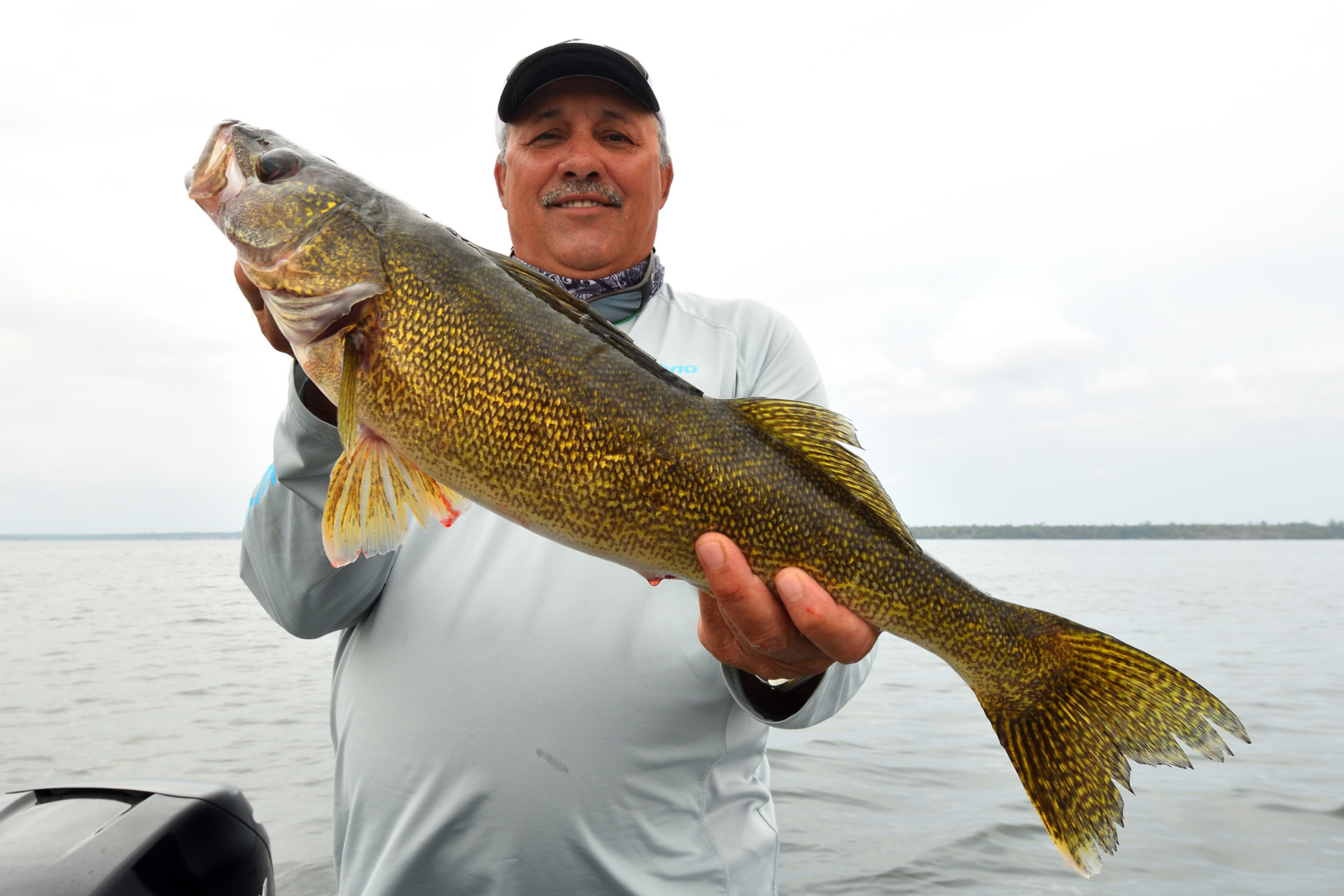 The second question came from a viewer who wanted to know if walleye can still see our baits and lures if we inadvertently present them a little too deeply. In other words, will walleye hit baits below the depth at which the fish are swimming.

As I have mentioned before, a walleye has very large eyes and excellent vision. In fact, in proportion to the rest of its body, a walleye’s eyes are among the biggest of any animal on earth. And their eyes are more or less centred along the sides of their heads, in the middle and toward the front of their faces, which means they have quite good peripheral vision.

Having said this, however, a walleye will tend to position itself so that it can look out in front and above itself. Most predators like to profile their prey this way against the open water, or the sky, rather than to look down toward the bottom where a baitfish might camouflage and hide itself among the rocks, logs, weeds and other debris. This is also the reason why the backs of baitfish tend to be the same darkish colour and to blend in with the bottom.

So, can a walleye see your bait or lure if you place it below the fish? Yes it can, provided it’s far enough out in front of the fish and not directly beneath it. But, because of the way a walleye hunts, if you’re going to err with your presentation depth, it’s far better to keep your bait up slightly too high, than down too low.