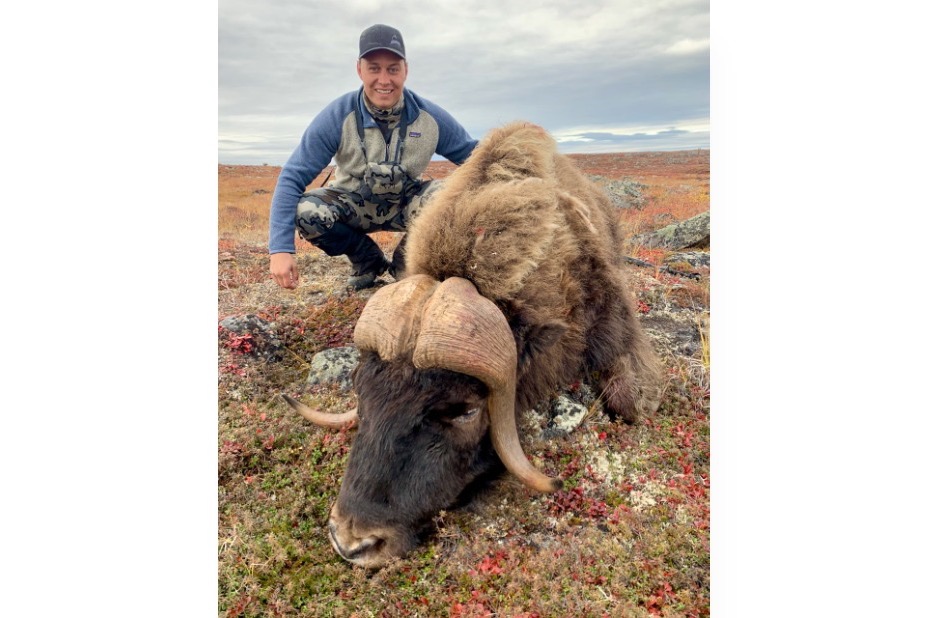 What it takes to harvest (and pack out!) a world-record muskox

Yellowknife hunter and charter pilot Alex Therrien thought he was lucky enough in June 2020 when he drew one of just four resident muskox tags for a remote region near Aylmer Lake, N.W.T. But the Nova Scotia native’s luck only got better. That September, after flying into the area with hunting buddies and fellow pilots Kaleb Kirby and Trevor Murdoch, he successfully harvested a massive muskox.

And his luck didn’t stop there. The beast has since been confirmed as the new Boone and Crockett Club world-record muskox, with the 130½-inch horns beating the previous record by 1½ inches. Therrien says the trio hadn’t set out for a trophy, hoping instead to simply fill their freezers—and that they did. We asked the 27-year-old what it took to shoot the world’s largest muskox, then pack out 450 pounds of meat, bone, hide and horns.

While muskox are not particularly skittish, they have good eyesight and a keen sense of smell. “You have to play the wind,” Therrien says. “And since there are no trees, they don’t have cover. But neither do you.” Complicating matters was the boot-sucking terrain. “That time of year, it’s wet muskeg, so it’s tough to get around,” he says, noting that the trio had to use drainages and search for solid ground without getting seen.

Muskox can be tough to kill because of their thick hide, so it’s important to have enough firepower. Therrien says it took him three shots with his .30-06 from 210 yards to drop the bull (he’s since switched to a .300 Win. Mag. for big game). Quality optics and a rangefinder are also essential, he says. As for field dressing and packing out the meat, Therrien stresses you need a suitable knife, sharpener, bone saw and backpack, as well as game bags.

After dressing the muskox, the trio loaded their packs with 90 or so pounds of meat each and trudged 4½ kilometres back to Aylmer Lake Lodge, where they were staying (the owner had asked them to check in on the property, which was closed due to the pandemic). It was just past midnight when they arrived, so they slept a few hours before heading back at dawn to retrieve the rest of the muskox. On the return trip, Therrien carried the head and hide, which weighed just shy of 180 pounds. He credits good boots, walking sticks, physical fitness and a positive attitude for getting the job done. Says Therrien: “Your mind lets go a lot sooner than your body will.”

To learn more about Alex Therrien’s record, go to www.outdoorcanada.ca/recordmuskox.