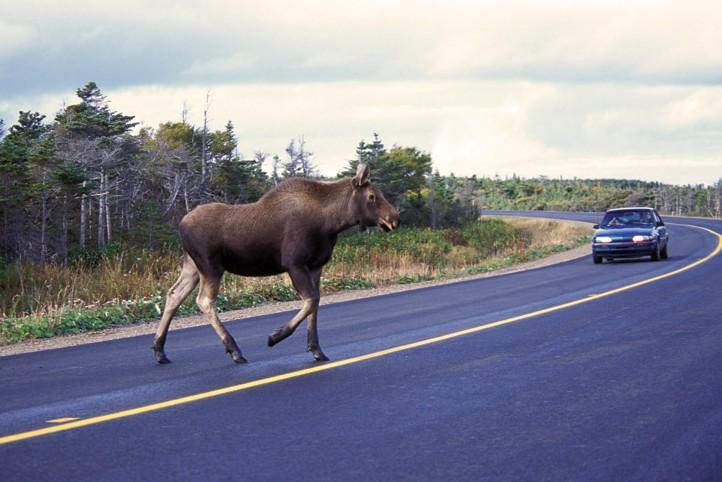 What you should know about Newfoundland moose

And how the population boom affects hunters

On the island of Newfoundland, the iconic moose is now variously described as a pest, a plague and a public menace. With an official population estimate of 114,000 animals, Newfoundland has more of the giant ungulates per acre than almost anywhere in the world. And to a growing number of local residents, that’s just too many.

Why so many moose?

Newfoundland’s moose are descended from a handful of mainland animals introduced about a century ago to provide food and sport. Because there’s no primary predator and the island’s boreal forest provides ideal habitat, the population has exploded.

Moose feed on roadside vegetation, seek relief from flies on windswept right-of-ways and use roads as game trails. That leads to about 700 moose-vehicle collisions a year, many of which are deadly to both moose and humans. As well, there are areas where the moose have eaten entire forests, permanently altering the ecosystem.

How are residents reacting?

Lobby groups propose reducing moose numbers and building fencing around roads. In June, victims of moose-vehicle accidents launched a class-action lawsuit against the provincial government. The allegation? Since the province introduced the moose in the first place, it’s responsible for solving the problem.

Since the 1970s, moose have been managed on a policy of “maximum sustainable yield,” where the goal is a population that’s plentiful, but won’t over-browse its habitat. That may be changing. “Government is in the midst of re-evaluating its approach to moose management,” says John Blake, director of the province’s wildlife division. “The issue of moose-vehicle collisions interjects a different dynamic.”

What does this mean for hunters?

The province will issue 5,020 more moose licences this year, along with a one-week extension to the hunting season on the island—on top of last fall’s three-week extension. To help reduce collisions, most of the new licences are for areas along the Trans-Canada Highway and other major roads.

With a 70 per cent success rate, hunters are effective at managing populations, at least in accessible areas. Still, it’s too early to say how an expanded hunt will help. Blake says the wildlife division will continue to take an adaptive management approach, learning from year to year on how best to tackle the problem. “As biologists, we provide recommendations, but policy is ultimately driven by politicians,” he notes. “Sometimes they take our advice—and sometimes they don’t.”