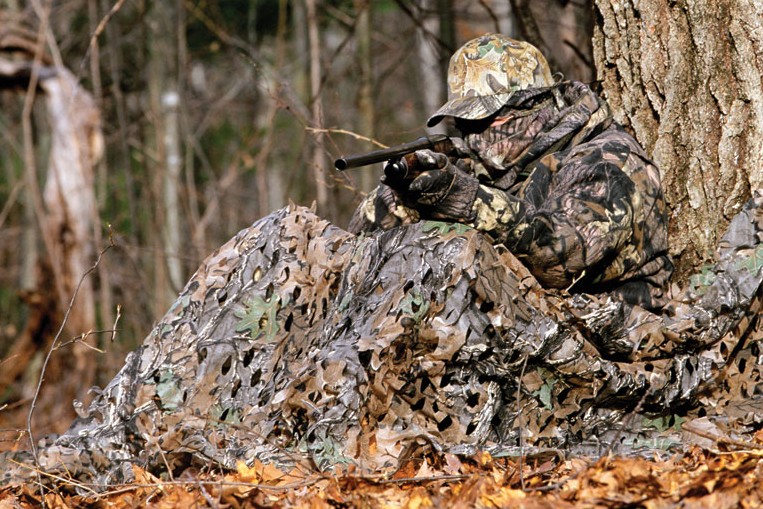 Where to find the turkeys

For turkey hunters, nothing beats that first echo of gobblers responding to hen yelps and cutts on a foggy spring morning—as long as they have the woods to themselves, that is. As more and more hunters pursue wild turkeys each spring, it’s becoming more of a challenge to find undisturbed turkey-hunting hot spots. This is especially the case in southern Ontario. The good news is, the turkey population continues to increase, and that means there are more than enough birds out there—and many areas yet to be hunted. The trick, though, is finding them. Here’s how.

Most avid turkey hunters keep their eyes and ears open year-round, making note of the various locations they’ve seen or heard gobblers. They’ll also listen closely to what others are saying. Every year, for example, I hear plenty of stories about turkey encounters, whether from friends, co-workers, landowners or even the mailman. These recollections can serve as good starting points for scouting out new areas.

Wild turkeys are hardy and adaptable, meaning you can find them in many different habitats. But to really thrive, they need a mix of trees, fields and water. So, right from the beginning, concentrate your search on land that offers all three. Conversely, expansive tracts of forest north of agricultural lands are rarely home to turkeys. The best land to search features crop fields alongside stands of mature trees (oak, walnut or beech are good bets), as well as a water source (even a small stream or low-lying woodland wet spot will suffice). Remember, if your scouting takes you onto private land, be sure to get permission from the property owner first.

The best time to go scouting for wild turkeys is mid- to late winter, a few days after a fresh snowfall. There’s no point heading out right after it snows-give the birds a chance to move around and leave their tracks first. If the snow’s less than a foot deep and it’s not too cold, turkeys will roam one to two kilometres during the day in search of food (in warm weather, they’ve been known to travel as far as six kilometres). They’ll often work through stands of evergreens, nipping off pine needles and cedar buds as they go. If the snow is deeper than a foot, however, turkeys have trouble walking and simply sit tight in a sheltered area, such as a depression in a field along the forest edge. They’ll spend their days there, watching for predators, until there’s a melt or a crust forms on top of the snow. Turkeys will also hole up if it gets colder than –10°C, even if the snow is not deep. That’s why I suggest scouting during the latter half of the winter (late February or March is ideal), when the days are longer and likely to be warmer, with hopefully less snow. If you don’t find any tracks after a few scouting sessions, look elsewhere. Sure, a few birds may move into the area once the flocks break up through late April and May, but if you can find where they winter, it’s almost certain they’ll be there come hunting season.

Tracks can also be easily found after the snow has melted in early spring. Search the edges of farm fields (cut or standing cornfields are turkey favourites), along old logging roads and beside creeks-anywhere there’s bare earth. It’s relatively easy to distinguish a tom’s tracks from those of females and jakes. Basically, the middle toe should be around 2 1/2 inches long and noticeably longer than the two outer toes.

Dusting areas, where turkeys take sand baths to get rid of parasites, are another sign to watch for. Roughly the size of the bird, they’re typically oval-shaped depressions, about an inch deep in loose ground. You’ll find them along abandoned roads, farm pastures or anywhere there is exposed earth or sand. Once turkeys have found a preferred place to take dust baths, they’ll typically return every day-usually by mid-morning after they’ve finished feeding. They may only dust for about a half-hour, but they’ll often hang around for a bit during the middle of the day. They may even return mid-afternoon.

At night, turkeys prefer to roost in large, mature trees-such as oaks with big, broad limbs-that extend to the forest canopy. They typically look for trees that are just within the shelter of the forest, adjacent to a favourite feeding area. That way they can quickly get to their food source after flying down each morning, hungry from spending the night in the tree. Turkeys are creatures of habit and often roost in the same tree night after night, unless they’re disturbed while heading to the roost or startled during the night. As the season progresses and their food sources change, turkeys will change roosts to be closer to any new feeding area.

Also be on the lookout for wild turkey droppings. These are readily found along trails that turkeys follow, but the highest concentrations are beneath roosting trees (along with stray feathers). Researchers have found that one turkey will leave behind two dozen droppings a day; come spring, then, it shouldn’t be too hard to find evidence of a flock in pastures where the ground is exposed, or in fields before the grass grows taller than a few inches. Note that toms make distinctive J-shaped pellets, while hen droppings take no particular form.

The best evidence of a good location to hunt for turkeys is the birds themselves. Use binoculars to scan forest edges and large fields from afar-that way you keep your movement to a minimum and reduce the chances of being seen by these wary birds. If you do happen to startle them while scouting before the season begins, don’t worry; just make note of the location and quietly leave. Unlike wary white-tailed bucks, toms will likely be back in the very same place the next day. Since most mating occurs before the hunting season begins, mature toms will have already established strutting areas and daily routines within their territories. It would take a few days of ongoing disturbance, therefore, to persuade them to abandon the area. If you can observe them undetected, pay particular attention to the toms. Watch their routine with a view to finding a good place to set up once the season begins, either close to their strutting zones or along their morning travel route from the roost. Once the season starts and you’ve set up on a hunt, though, don’t let them see you. If they do, it’s game over.

When it comes to scouting, nothing compares to hiking through the bush looking for fresh turkey sign and learning the lay of the land. But for all those times you can’t head afield yourself, a well-placed trail camera can provide great backup. Typically, trail cams have been used for scouting deer, but I recently discovered they also work well for turkeys. Last fall I convinced a friend to place a camera on some land we hunt near Ottawa so we could get a better idea of the bucks in the area. When he got his first roll of film developed, the biggest surprise was a shot of several wild turkeys milling about in front of the camera. We simply had no idea there were gobblers in that area, but now we have a new place to hunt this spring.