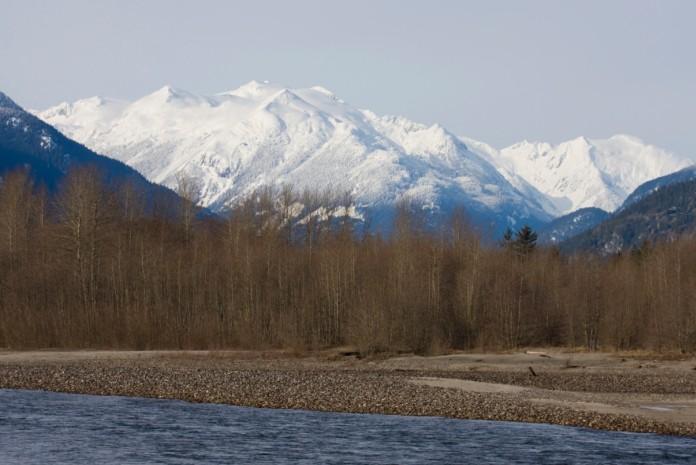 Where to fish for winter steelhead in B.C.

While there’s certainly plenty of good steelheading in Great Lakes tributaries, nothing compares to fishing the wild rivers of B.C. Here are some of the best:

Chilliwack: Better known as the Vedder, this Lower Mainland river is the province’s most heavily pressured yet productive winter steelhead water. It has mixed runs of wild and hatchery fish—as many as 10,000 in some years. The fishing kicks off in early December and peaks in mid- to late January. The fish typically vary between five and 15 pounds. Road-accessible runs are pounded; walk-in pockets, less so.

Squamish: Coursing south from the Pemberton Icefield through the rugged Coast Mountains, the Squamish and one of its major tributaries, the Cheakamus, are highly regarded winter steelie streams, with respectable chromers in the low teens. The first winter fish trickle in during mid-December, with the run peaking in early February. Beware of warm Pacific weather systems that can blow out the system for days on end.

Thompson: The 18-kilometre stretch of the Thompson from Rock Run to Big Horn Pool is legendary among steelhead anglers around the world. This is huge water with precarious footing at the best of times, which gets even worse when the shoreline boulders ice up. But the fish are big and they’re aggressive, despite the cold water. The season typically ends on New Year’s Eve.

Skeena: With 30 tributaries, including world-class rivers such as the Babine, Kispiox, Bulkley, Morice, Kalum and Copper, this is hallowed steelhead water. While 10-pound chromers abound, fish weighing 20 pounds and more tarry throughout the system. These are wild fish—steel-bright, hard and powerful. And if you’re lucky enough to hit the river between rain-gorged spates and subarctic cold snaps, the water runs clear, with winter’s steelhead staked out in the soft runs.

Gold: Emptying into Nootka Sound on the west coast of Vancouver Island, the Gold is undammed and home to truly wild steelhead. The fish vary between six and 25 pounds and come in from December through to April. However, the fishing is chancy due to frequent washouts.

Stamp/Somass: Upward of 2,000 steelhead stack up in this Vancouver Island system, most of them below Stamp Falls, 16 kilometres from the Alberni Inlet. The fish are typically in the seven-pound range, though double-digit steelies are here as well. The best sport is below the Bucket, where the Stamp and Sproat meet to become the Somass. Natural bait is allowed below the Bucket, but artificials only above.

Cowichan: Emptying into the Strait of Georgia on the east coast of Vancouver Island, this is prime winter steelhead water with mixed runs of hatchery and wild fish of eight and nine pounds. The water flow is controlled by a dam and, for most of the middle to lower portion, it’s an urban river.

For more tips on fishing winter steelhead in British Columbia, check out this article.