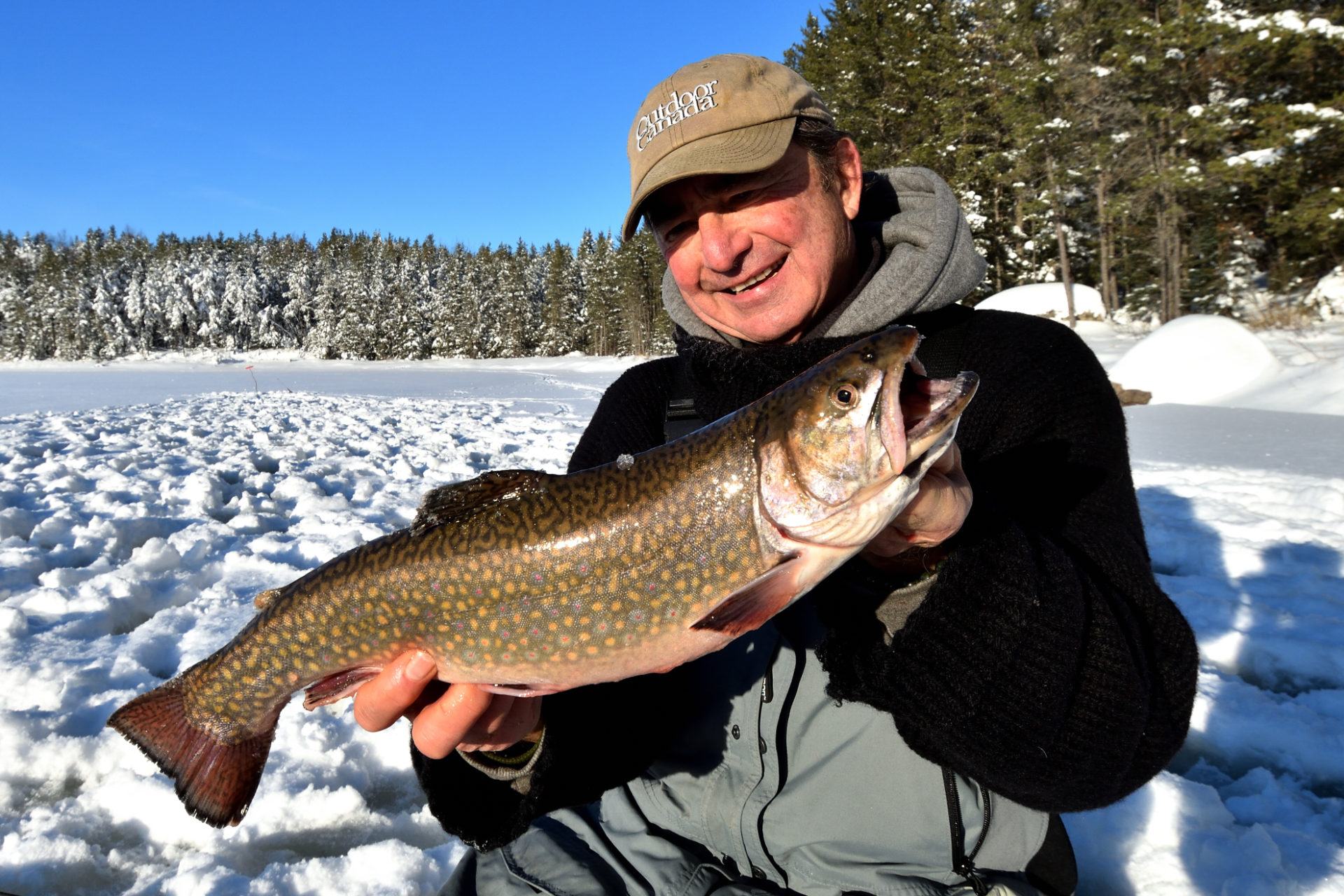 Why fish might sometimes just be “playing” with our baits

Do fish "play" with our baits?

Well, I kicked off the ice fishing season last week in the most bizarre way ever.  Hey, it is 2020, right, so what should I have expected?

I ventured to a favourite remote brook trout lake, not quite sure what ice conditions I’d find, given the warmer-than-normal temperatures that we’ve experienced this fall. As a general rule, we are 15 days behind last season in Northwestern Ontario, so I wasn’t surprised to find only a measly 3 1/2-inches on a lake that usually has twice that amount.

I carefully checked the thickness as I wandered down the shoreline staying a leap or two away from solid ground, and then set up camp on a favourite shelf that traditionally holds trout. My heart skipped a delirious beat, too, when I dropped my small 1 1/4-inch W20 Williams  Wabler spoon tipped with a minnow head down the first hole, and held the rod in my right hand, while I dialled in the settings on my Helix Ice unit with my left. I mean, I was still in the process of setting up when I felt a speck wallop the spoon. Seconds later I had a gorgeous 15-inch female trout flopping on the ice. You can imagine how I thought the rest of the day was going to unfold.

And it did, sort of. Fact of the matter is that I watched eight nice trout at different occasions over the next couple of hours rush onto the sonar screen, chase my bait, hit it repeatedly and not get hooked. Not a single one of them. As much as I hate to admit it, that first trout of the day was the only one I hooked. And before you think I should have tried this or that, let me tell you, I gave myself a heartache changing baits and lures, sharpening hooks and showing the fish bigger and smaller presentations at every speed you can imagine. 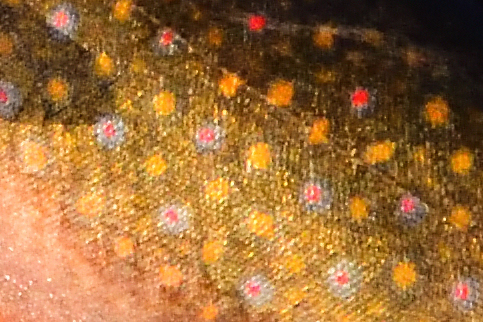 What was even more bizarre is that the fish stuck around to repeatedly rub salt into my wounds. Usually when you see a fish on the sonar screen and then feel it hit, it vanishes if you sting it. Not these brook trout. I’d watch them appear on the screen, chasing whatever lure I was jigging. Then they’d whack it like a runaway train, I’d set the hook and miss, and then watch them circle around and do it all over again. One fish, in particular, must have chased and hit my lure five or six times before finally buzzing off. I am convinced, beyond a shadow of a doubt, that they were playing with my baits. That is, the fish were hitting them with their mouths closed, instinctively, in a knee-jerk-like response, but with no interest whatsoever in eating.

Indeed, I was reminded of a long-running conversation I used to have with a wildlife biologist friend, who was a staff member when I worked with the Ontario Ministry of Natural Resources. During aerial moose and deer surveys, he had infrequently watched a pack of timber wolves lay out an elaborate and well planned ambush and was certain that, just like anglers and hunters, top predators enjoy the “sport.”  For certain, most days the wolves ate the animals they brought down as a matter of survival, but there were other times when it appeared they participated in the hunt for the pure joy and pleasure of the experience. To that same end, another friend who was a conservation/predator control officer told me about the times he had watched packs of domesticated dogs—family pets—chase and kill deer for the very same reason. On at least one occasion, he spotted a family’s tongue-dripping dachshund bringing up the rear.

It may not be what the Disney crowd wants to consider, but the fact remains that top predators, be they two legged, four legged or finned sometimes simply relish the game. And the game is just what I was last week for the brook trout.