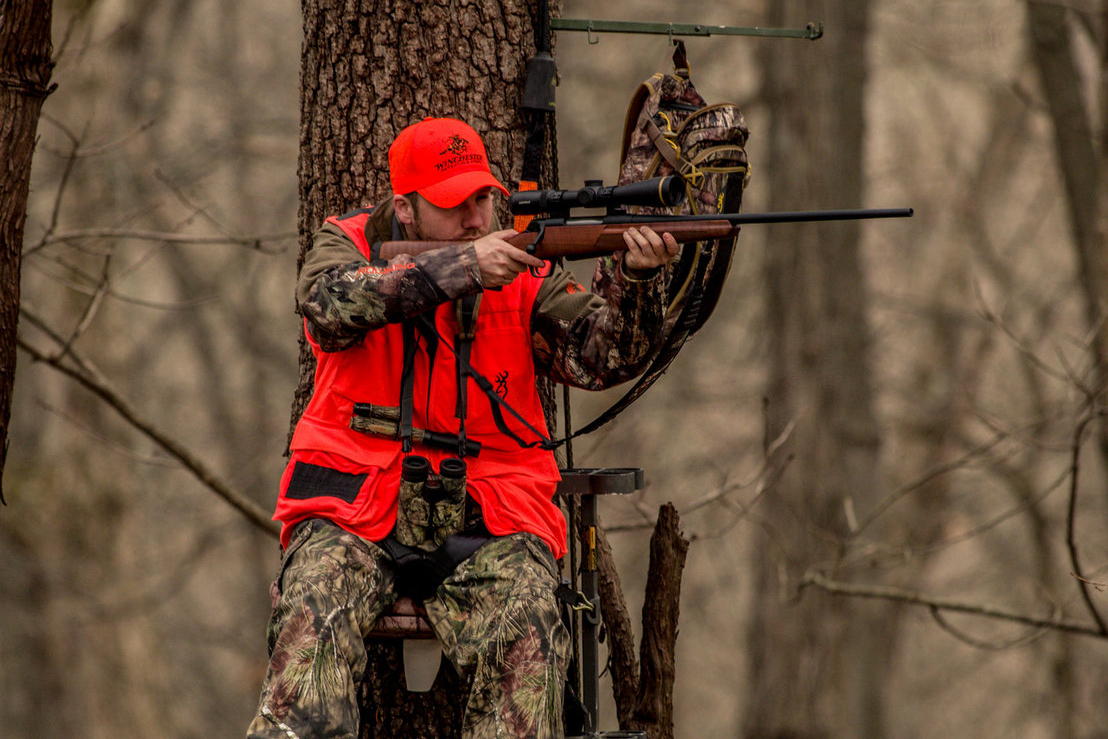 Be prepared to take that second shot

Most of us are extremely careful in our preparation before squeezing the trigger, taking the time to find a solid rest and centre the crosshairs precisely where we want them. And our expectations—rightfully so—are that the bullet will fly true and a clean kill shot will be the result. Unfortunately, that isn’t always the way things end up when hunting big game.

[easy-tweet tweet=”There’s no shame in having to take a 2nd or even a 3rd shot. Here’s how to make those shots humane and honourable ” user=”OutdoorCanada” hashtags=”Biggame,deer,huntingisconservation”]

At times, even the best shooters can miss. When that happens, a second shot is a luxury you’re occasionally afforded if the game you’re hunting hasn’t already fled from sight. Other times, we hit game without killing it, and that’s a whole different ball game—a second shot is now an absolute requirement. That wounded animal is now yours, and you have an obligation to kill it as quickly and humanely as possible. In either scenario, however, too many hunters are woefully unprepared for a quick follow-up shot.

Practise being at the ready

Here in Canada, most big-game hunters will shoot one, maybe two, big-game animals in a year—we don’t get a lot of in-the-field shooting experience. It’s different in Africa, however, where hunters routinely shoot one or more animals a day, and both good and bad habits are quickly revealed. Several professional hunters in Africa have told me that a common bad habit among North American hunters is our tendency to admire our first shot, rather than making it a priority to prepare for a follow-up.

Therein lies the rub: Our follow-up shots often fail because we simply don’t think about them. Experience has taught me, however, that even when I’m absolutely certain I won’t require a second shot, it’s a smart move to be ready for one anyway, just in case.

If you’re one of those affluent types who hunt with a double rifle, I’m envious. More to the point, you’re always prepared, at least mechanically, for a follow-up shot. Similarly, those who shoot semi-automatic rifles don’t have to worry about cycling a second round—it’s done for them. But most of us shoot bolt-action rifles, and that means the onus is on us to work a second round into the chamber for a follow-up.

Cycling a bolt is easy when there’s no pressure, but it’s akin to threading a needle wearing boxing gloves when there’s a sense of urgency. The only antidote is practice, and that involves practising with your rifle shouldered, as most of us have a tendency to drop our gun to work the bolt before bringing it back up to the shoulder (see “Best bolt practices” below).

Keep your eyes on the animal

It can be difficult, but it’s best to watch the impact of your first shot and follow the animal through your scope, resisting the temptation to lower your rifle and admire your handiwork. The trend to higher magnifications has made this increasingly challenging, and while 16x may be ideal for banging metal, many of the best shooters I know continue to set their scopes at 4x, or at most 6x, when shooting at game out to 250 metres. One of the benefits of this is improved target tracking and acquisition for second shots.

It’s important, too, to be willing to take follow-up shots that you wouldn’t necessarily take as a first shot. If you have a wounded and escaping animal, anchoring it takes priority over everything else, including potential meat loss. I’ve ruined a couple of hindquarters with follow-up shots on wounded game, and while I lamented the meat loss, I did what I had to do. Wait for the perfect second chance and you may get no shot at all.

There’s no shame in having to take a second or possibly third shot, even if the first shot may have been ultimately fatal. In fact, a quick follow-up is both honourable and humane, and as critical as a well-placed first shot. What it requires, however, is that you’re both ready and capable.

The most effective way to reload a bolt-action rifle without lowering it is to lift the bolt and work it back with your first and second fingers, ensuring you do it forcefully enough to eject the spent cartridge. Then hook the bolt handle with the base of your thumb and shove it forward and down in one arcing motion. Don’t grasp the bolt knob between your finger and thumb; that often provides insufficient force to eject the empty case or fully close the bolt, and your grip can fail in cold or wet conditions. Practise working the bolt like that until it becomes second nature.