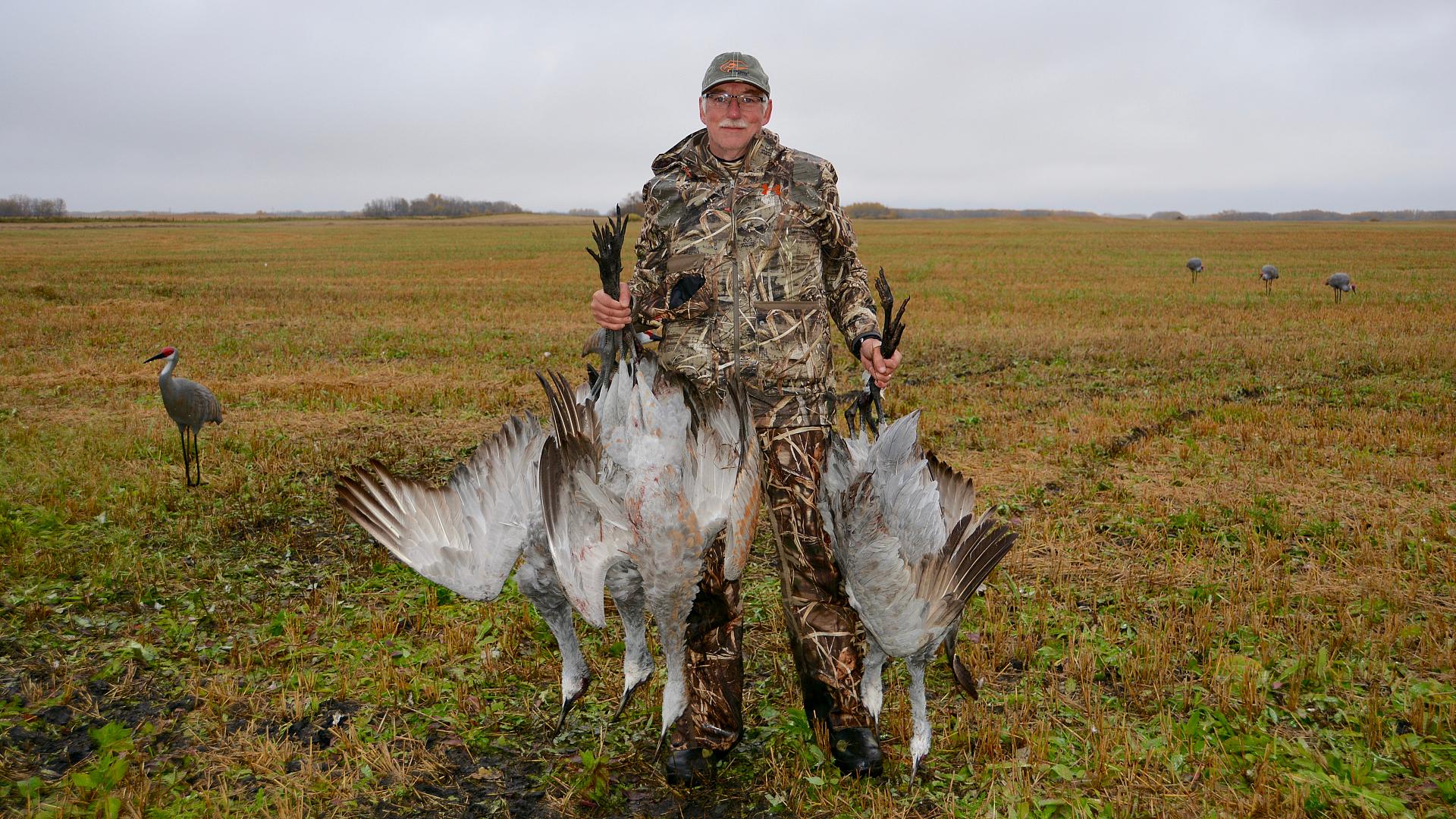 Ribeye of the sky

I don’t often travel far to hunt waterfowl, as the seasons at home are short and the hunting is spectacular. But when the invite came to join the folks from SportDog Brand on a southern Saskatchewan hunt last fall, I jumped at the chance. It wasn’t the prospect of fat geese or mallards that attracted me, however—it was the opportunity to hunt sandhill cranes.

Often overlooked, sandhills offer an exciting, challenging hunt, and the meat is nothing short of fantastic, hence their well-earned nickname “ribeye of the sky.” The only provinces that currently offer crane hunting are Manitoba and Saskatchewan, with Alberta now exploring the introduction of a sandhill season. For this Saskatchewan hunt, we joined outfitter Tony Vandemore of Habitat Flats.

Sandhills (above) are an unusual creature. Believed to be one of the planet’s oldest bird species, dating back 2.5 million years, they are ungainly in appearance, with long legs, necks and bills. Shoot one on the wing and its lanky body has been described as falling out of the sky like a lawn chair. But what sandhills may lack in aesthetics, they more than make up for in challenge. They can be frustrating to decoy and equally difficult to anchor, with hunters often shooting before the birds have closed to within effective range.

Some hunters prefer to pass-shoot cranes. Like geese, sandhills roost on large bodies of water, making return trips morning and evening to nearby grain fields to feed. When they don’t have far to travel between roosting and feeding, they generally fly quite low. Pass shooters can take advantage of this tendency by sitting under the flight path along fencelines, hedgerows and treelines, or behind hay bales. The trick is to remain well concealed and mobile, as cranes will instantly alter their course at the first hint of anything suspicious. Hunters should therefore be prepared to hotfoot it as needed to get back under the flight path.

Decoying offers the most excitement for my money, and Tony and his crew are experts at the game. On three consecutive days, we enjoyed spectacular hunts, each one upping the anticipation for the next. When I asked Tony about the secrets to his success, he offered the following hints for putting more cranes in the bag.

Hunting editor Ken Bailey enjoys eating sandhills as much as hunting them.

According to chef Ken Maduk at Saskatchewan’s Habitat Flats, the secret to tender, mild crane meat is all in the preparation. He says to generously sprinkle the breast meat, whole or cubed, on all sides with baking soda before immersing it in a bath of orange juice for 12 to 24 hours. Afterwards, you thoroughly rinse off the meat before grilling or frying it using your favourite waterfowl recipe. Ensure the meat is cooked no more than medium rare for the best results, adds Maduk.