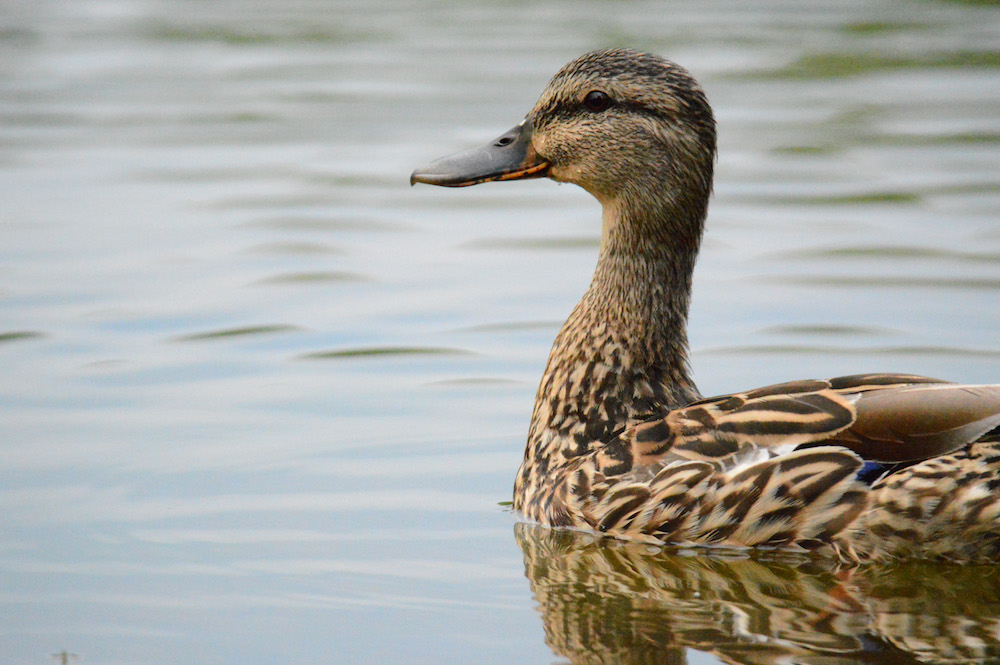 When it comes to ducks, Canadian hunters can be picky. As far as many of us are concerned, the only ducks fit for eating are mallards, pintails, canvasbacks, and black and wood ducks. Why the narrow tastes? It all stems from the market hunts of a century ago, when those were the favoured target species.

Back then, hunters only gunned for abundant species that amassed in large flocks and, of course, were great table fare. It was all about maximizing what people would be willing to pay to eat, and the aforementioned ducks fit the bill. All other species were considered less desirable—and that opinion persists today. “Trash ducks,” some call them.

If only they knew what they’re missing.

Not only are many of those otherspecies superb on the table, they’re also abundant, widely distributed and incredibly sporting. And all are found on the water, in wonderful places few non-hunters bother to see—a duck marsh is truly a magical place to be at sunrise or sunset. Here’s where to find those other ducks and give them their due.

Thank goodness for gadwalls—they’ve filled my game bag to salvage more hunts than I care to remember. Discreetly dressed in a tweed-like plumage, these greyish-brown ducks are often mistaken for pintails or hen mallards, even in the hand. Gadwalls are abundant, and their populations are generally on the rise. Plus, since they don’t consume much animal matter, gadwalls make a superb table bird. They’re best prepared breasted, rather than plucked. 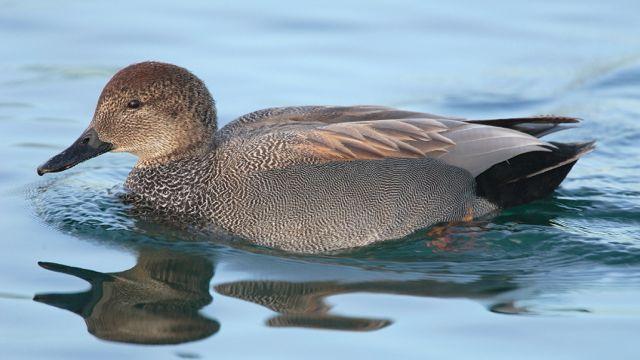 In the fall, look for gadwalls on large, permanent marshes and irrigation reservoirs, though they can be readily decoyed into smaller potholes in open country. These ducks migrate predominantly down the Mississippi and Central Flyways, with smaller numbers down the Atlantic and Pacific Flyways.

Typical mallard tactics, including calls and decoys, will usually fool gadwalls, though they’re attracted to large decoy spreads more than any other puddler. As such, it’s not uncommon to find them mixed with rafts of divers on open-water marshes. Usually flying in compact flocks in straight lines, these medium-sized ducks are fast on the wing and decoy with reckless abandon.

Wigeon are the true vegans of the puddle duck world, subsisting almost entirely on plant matter. As a result, their flesh is succulent and you’d be hard-pressed to find a tastier duck. 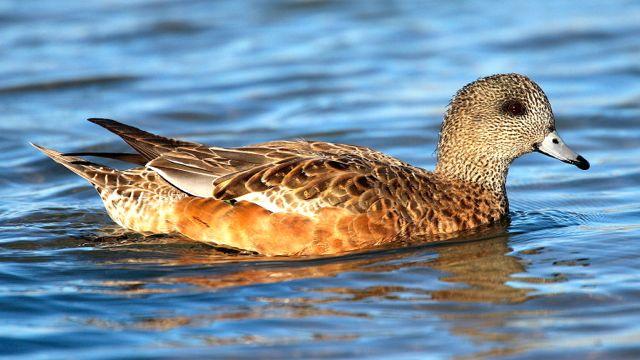 Largely boreal nesters, wigeon are found across Canada, though the majority migrate down the Pacific Flyway. They have a quick, erratic flight, generally traveling in small flocks. Look for them on small and large wetlands, quiet rivers and flooded fields. Interestingly, they can occasionally be found alongside mallards in grain fields, but they’re also fond of large, open waters where they mix with redheads, canvasbacks and swans. Coastal B.C. is undoubtedly the top hot spot, but large open marshes across the prairies and central Canada will also hold good numbers in the fall, as will the St. Lawrence River system.

With their conspicuous whistling call, wigeon often announce their arrival to hunters before they’re visible, and they’ll usually respond to a mimicking whistle directed their way. These medium-sized birds are nervous and easily alarmed, however, sometimes making for a frustrating hunt. They often circle and circle before alighting into a decoy spread, making a wary mallard appear downright foolhardy in comparison. Spinning-wing decoys can give you an advantage.

A tremendous table bird, blue-winged teal pluck clean early in the season, and they’re a favourite for barbecuing or roasting whole. You’d better be quick if you want to take advantage of these compact, agile ducks, however, and not just because they can be a challenge to wingshoot. They’re also our earliest-migrating duck, departing at the first hint of cold weather. Since they travel the farthest of our ducks—wintering in South America, Central America and Mexico—they have to get an early start south. 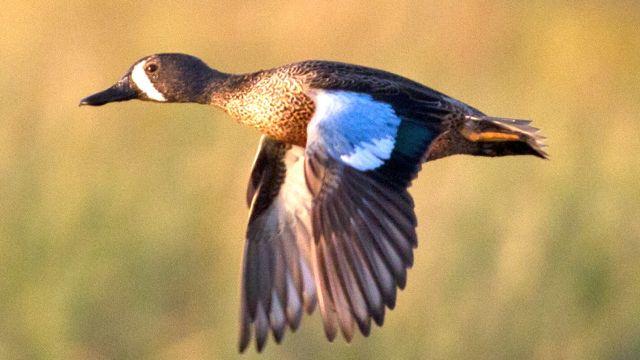 Bluewings are found across Canada in the fall, and they can be hunted on both small and large wetlands, along irrigation canals and on slow-moving rivers. And they’re *the* duck of choice for those who love to jump-shoot over potholes. Though they can be found across Canada, these abundant ducks are best targeted across the Prairies, through the Great Lakes and the St. Lawrence, and along the Atlantic coast.

Bluewings will readily decoy throughout the day, but they often become most active in the last hour before dark. That’s when they’ll arrive in flurries, and the shooting can be fast and furious. Bluewings don’t fly as fast as many hunters imagine they do, but their twisting flight patterns, often low to the water, makes tracking them a significant challenge. Open chokes and small shot sizes are recommended.

Greenwings are the smallest North American duck, but what they lack in size they make up in grittiness. Boreal nesters found in all four flyways, these teal hang around long after bluewings have headed for warmer climes. 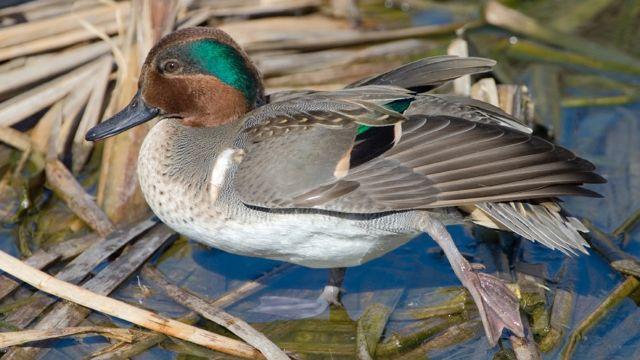 During the fall, these gregarious little ducks can be found on a wide variety of wetlands, from wooded ponds and beaver dams to riverine wetlands and inland marshes. And no other duck uses tidal mudflats and saltwater estuaries as regularly as they do. Both the Pacific and Atlantic coasts offer superb hunting, while inland best bets are large, remote marshes in forested landscapes.

Green-winged teal are very fast flyers, having been clocked at more than 70 kilometres an hour. They’re commonly found in large, twisting and turning flocks that remind one of shorebirds in flight. Fortunately, greenwings are hunter-friendly birds that decoy readily and respond positively to mallard decoys and calls. Like bluewings, they’re often most active near last light, typically flying even later than their aforementioned cousins. These speedy birds demand that gunners use open chokes if they have any hope of success; a second shot at an individual greenwing is near impossible. Few duck hunts are as entertaining as a load-and-shoot-load-and-shoot greenwing hunt at last light.

No duck is as maligned as the shoveler, easily identified by the spoon-like bill that subjects it to so much ridicule. Many refer to them derisively as bottom feeders, and while it’s true they feed on animal matter more than any of our other puddle ducks, their reputation for tasting terrible is largely unfounded. I won’t claim they’re as good as grain-fed mallard by any means, but if breasted and properly prepared, they could fool most people into believing they’re, well, not shovelers. 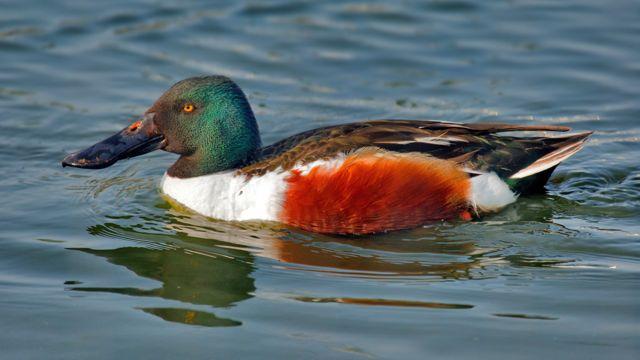 Shovelers prefer open, shallow and muddy wetlands with plenty of submerged vegetation. They’ll also regularly use saline estuaries. Though they’re predominantly Western Canadian breeders, shovelers can be found in all four flyways throughout the fall. B.C.’s Lower Mainland, large marshes and reservoirs throughout the Prairies, Lakes Ontario and Erie, and the St. Lawrence River attract numerous shovelers every year.

Shovelers are superbly hunter-friendly birds. They’re abundant and fly in relatively steady and direct flights, making them easy targets. They’re also more than willing to respond to large or small decoy spreads. Like bluewings, they have long migratory routes and tend to be trusting, as they have no time to waste in their busy lives. Set up for just about any species on wetlands where shovelers are present and you can all but be assured they’ll come by for a look.