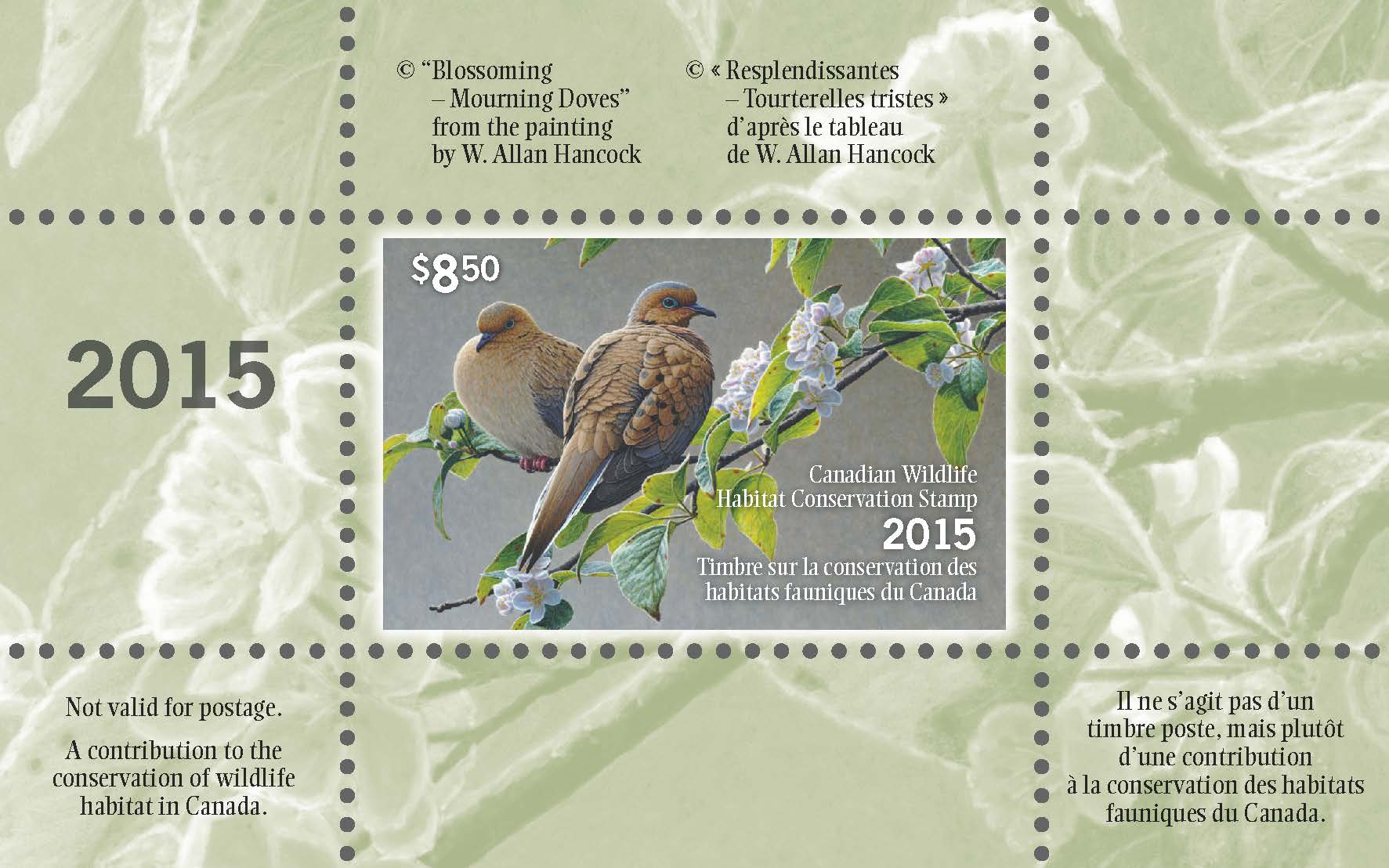 Each year since 1985, a painting by a Canadian wildlife artist has been selected to adorn the Canadian Wildlife Habitat Conservation Stamp. The stamp is produced through the partnership of Wildlife Habitat Canada, the Canadian Wildlife Service of Environment Canada and Canadian wildlife artists. Although it’s primarily intended for hunting permits, both the stamp and prints of the image are also sold to stamp collectors, and individuals interested in conserving and restoring wildlife habitat in Canada.

The 2015 Stamp features the painting “Blossoming – Mourning Doves,” by Salt Spring Island, B.C.’s Hancock. It is the 31st Stamp to appear in the series. The stamp will officially launch on April 11, 2015, at Rousseau Timbres & Monnaies à la Baie in Montreal, at an event attend by the artist.

On its website, the group singles out Canadian hunters for special praise, noting that: “Wildlife Habitat Canada would like to acknowledge and thank the hunting community for their valuable contributions to wildlife habitat conservation.”

For information on purchasing print or other philatelic products, or information on the official 2015 Canadian Wildlife Habitat Conservation Stamp and Print launch event on April 11, 2015, contact Rousseau Timbres.