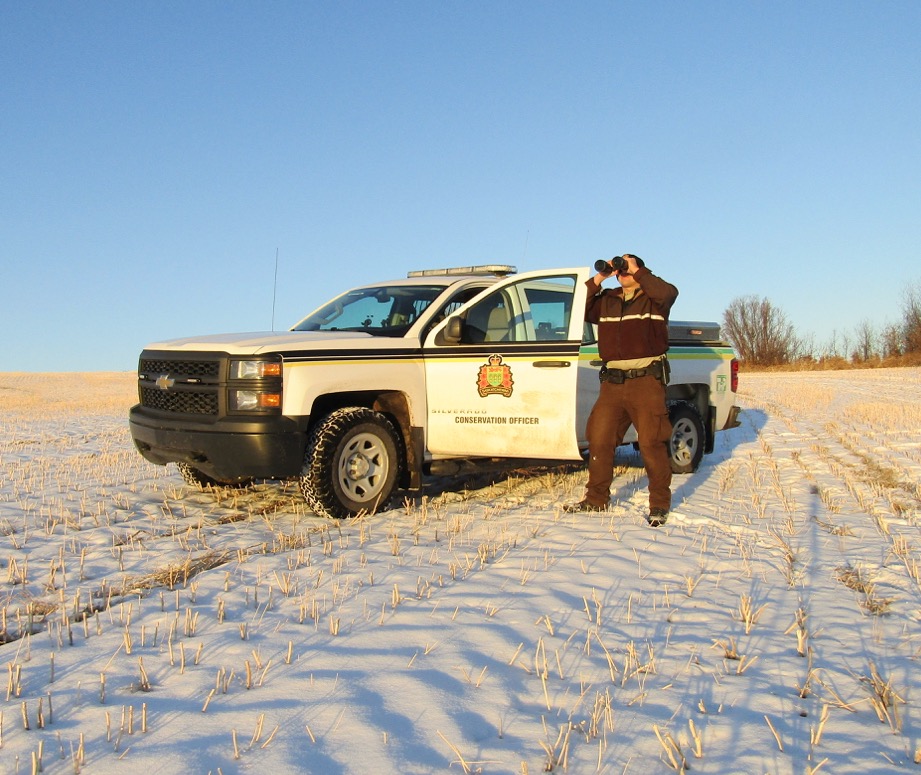 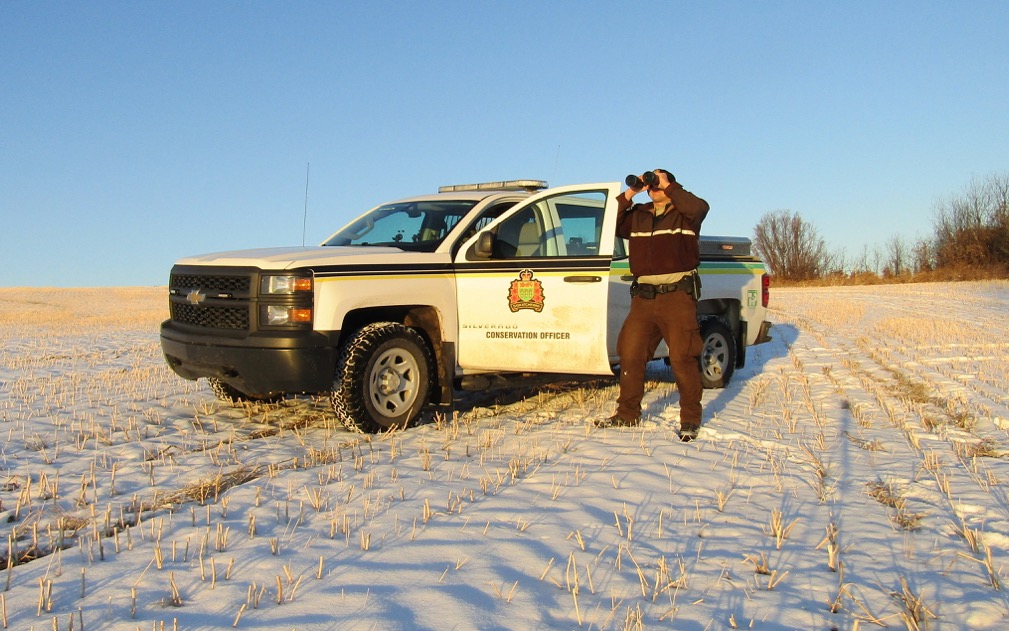 As southern Saskatchewan’s November rifle deer season approaches, I actually get just as excited as the hunters in my region. It’s a very busy time for conservation officers such as me, but I love the work and I love being out there catching the select few bad apples who give all hunters a bad name. There are all kinds of hunters, but it’s the disrespectful and reckless ones, as well as the poachers, that I hope to catch.

Before the season even begins, my fellow COs and I start planning our patrols and operations. Officers can simply drive around all season long and check hunting licence after hunting licence, and they’ll no doubt come across the odd violation. By planning specific operations, however, we increase our effectiveness.

The average hunter complies with the regulations, but there is still value in stopping them to make sure they are following the rules. They share our goal of catching the lawbreakers, and they’re comforted knowing we’re in the area. And if they see a violation unfold, they’re more apt to report it, knowing we will respond quickly and hopefully catch the culprits.

For some hunters, just knowing that conservation officers are in the area is enough to stop them from committing a violation if an opportunity presents itself. If hunters drive around all day and don’t see a shooter buck until five minutes after legal light, for example, the thought process of whether or not to squeeze the trigger certainly changes if they know COs are present.

The average hunter complies with the regulations, but there’s still value in stopping them to make sure they’re following the rules

In trying to catch the true bad guys last season, my planning involved looking back to the 2018 rifle deer season, and making note of the areas where we had the most problems. On the third day of that season in one area, for example, officers found a couple of hunters with a poached deer. They had no tag on it, and were hoping to sneak it home in the dark. They also had a loaded firearm in the vehicle, and were carrying deer tags belonging to other hunters. One of the men wasn’t even wearing the proper blaze orange, red or white hunting clothing. As well, officers found a dead deer left in the same location, but they couldn’t prove it was the same two hunters who shot it.

Unfortunately, it’s pretty tough for an officer to be at the exact spot when a person sees a deer and makes the decision to illegally shoot it. More often than not, we arrive after the fact only to find the truck tracks, drag marks and blood spots where the violation occurred. So, to maximize the chances of catching such people, my partner and I planned some decoy deer operations during the first three days of the season in that same area, as well as in another problem region.

By using a deer decoy, we can make some luck of our own, setting it up on posted land where we know there are deer, but they can’t be hunted. Lawful hunters will see the “No Hunting” signs and keep driving, knowing it’s illegal to shoot a deer there. Not so the bad actors—they don’t care and will shoot anyway. Those are the people we hope to catch with our decoy.

Once they’re caught in one of these operations, violators sometimes like to throw out words such as “entrapment.” The courts have ruled, however, that deer decoy operations are not entrapment, and that officers are simply providing an opportunity for someone to knowingly break the law. The decision to take a shot lies solely with the person who does it. Just ask all the lawful hunters who look at the deer decoy and continue on their way.

The season started on a Friday last year, and with all our planning in place, we anticipated a busy weekend.