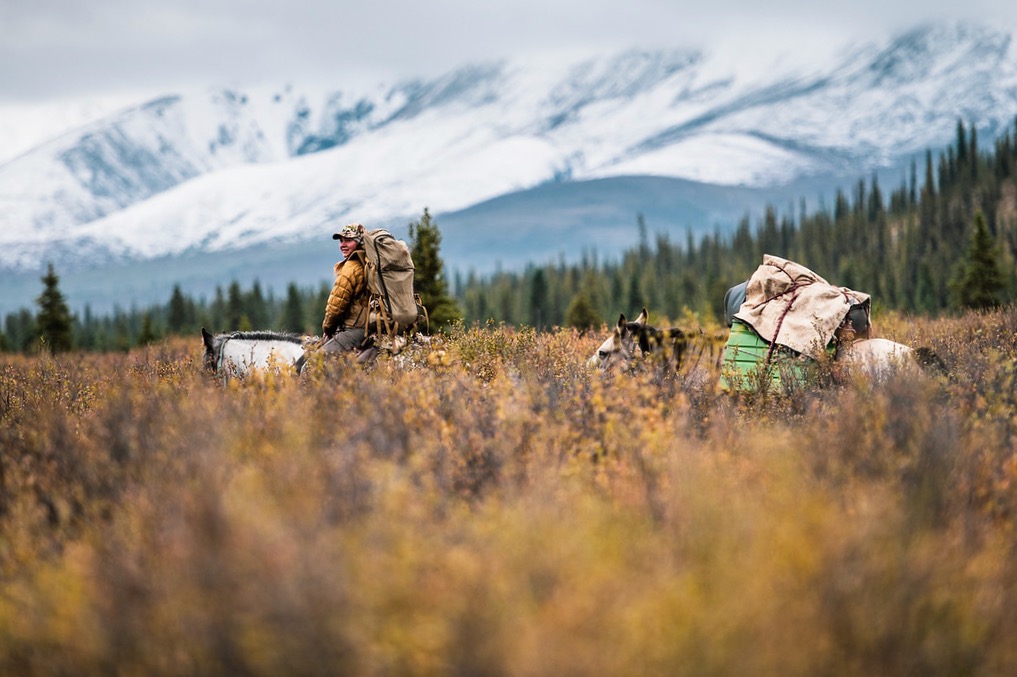 3 tips to make the most of a north-country horseback hunt, from outfitter Jessica Young

Make the most out of an outfitted northern horseback hunt

When she moved with her parents to the Yukon in 1998 after her outfitter father purchased the rights to a huge hunting concession, it was probably inevitable Jessica Young would enter the family business. Now 33, Young and her brother Logan took over the reins of Midnight Sun Outfitting from their father, Alan, roughly five years ago. Specializing in hunts for sheep, moose, caribou, grizzlies, wolves and wolverines, Midnight Sun is one of just a handful of Yukon outfitters still offering traditional horseback hunts.

We caught up with Young in early September when she was briefly back at base camp, roughly 200 kilometres northeast of Dawson City. Here’s what she had to say about the alluring appeal of horseback hunting, and what you should expect before hitting the trail.

While it’s not essential for guest hunters to learn how to ride beforehand, Young says, a few lessons in advance can go a long way to making a horseback hunt more enjoyable. “It’ll benefit the horse and the hunter’s comfort,” she says. “And if they want to take it to the next level, learning how to saddle is super helpful, as well.” Young also stresses the importance of staying fit and maintaining sharp shooting skills. “We tell clients to start shooting the rifle they’re going to be using on the hunt about six months before their trip. It’s critical to the success of the hunt.”

For hunters to get the most out of the horseback experience, Young recommends they take part in every aspect of the adventure. “Saddle your own horse in the morning, chop wood at night, help make meals—there’s a million things you could be involved in,” she says. “We offer that to clients, but it’s not expected, either. If someone doesn’t want to be part of it, they don’t have to, and that’s where the guides and the wranglers come in.”

Both the outfitters and their client hunters work hard to get the horses and gear—and themselves—to where they need to be, says Young. With that in mind, she stresses it’s important for clients to appreciate the circumstances of the hunt. “They need to slow down and remember where they are, what they’re doing and really look at what’s around them. That’s the biggest thing.” It’s a huge effort to transport the horses up from where they winter in southern Saskatchewan, she also notes, adding that it’s worth it. “We wouldn’t have it any other way. The horses just make the hunt.”