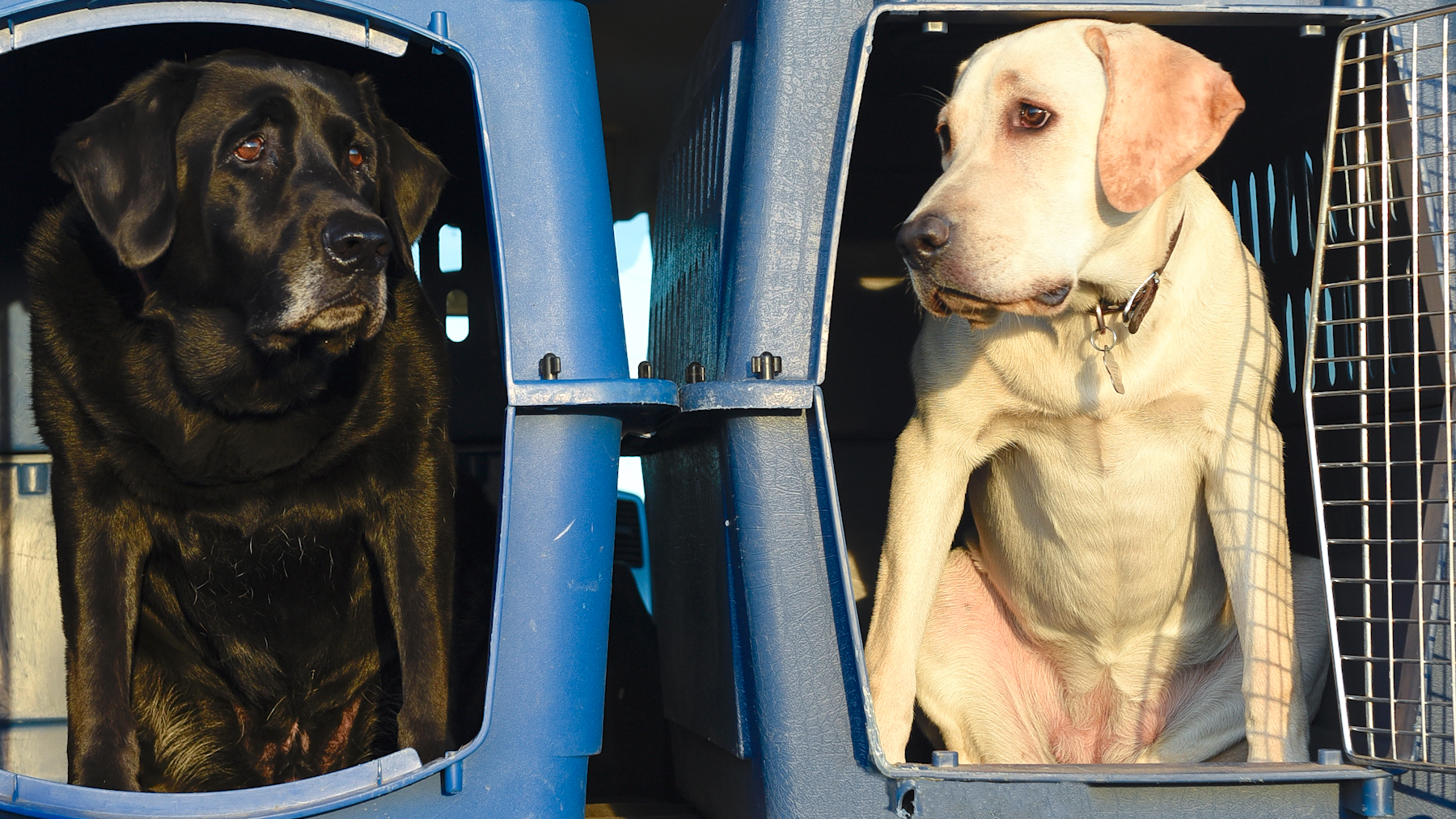 No matter the breed or size, every hunting dog needs a quiet space to feel safe and secure in—and a portable kennel offers just such a sanctuary. A kennel-trained dog simply travels better, learning to be calm and quiet when confined. Here’s how to make life on the road—and at home—more enjoyable for both you and your dog.

Kennels range from collapsible wire cages to tough-as-nails roto-moulded crates. If your dog is still a puppy, select a crate that will still comfortably accommodate him once he’s fully grown; the dog should be able to stand, turn around and lie down. You can always shrink a large kennel with a temporary barrier to make the puppy feel more secure. Note that large-breed dogs must travel as cargo in an airplane’s hold, so it’s important to choose a sturdy, airline-approved crate.

Introduce your pup to the crate as early as possible. He might not like to stay in it at first, so coax him in by keeping the kennel open and hiding some kibble in his favourite blanket. It won’t take long for either the puppy or an older dog to figure out this treat-dispenser is safe.

Make the dog watch as you toss some kibble into the crate while saying the command “kennel.” Keep repeating this until he learns to obediently dash into the kennel to get his reward. Each command is a building block for the next one—teaching the dog to stay in the kennel until he’s released is the next step to work on. If needed, you can reinforce commands with an e-collar.

A kennel crate should never be used for punishment. Forcing a dog into a kennel because of wrong behaviour defeats the whole purpose of creating a positive association with it.