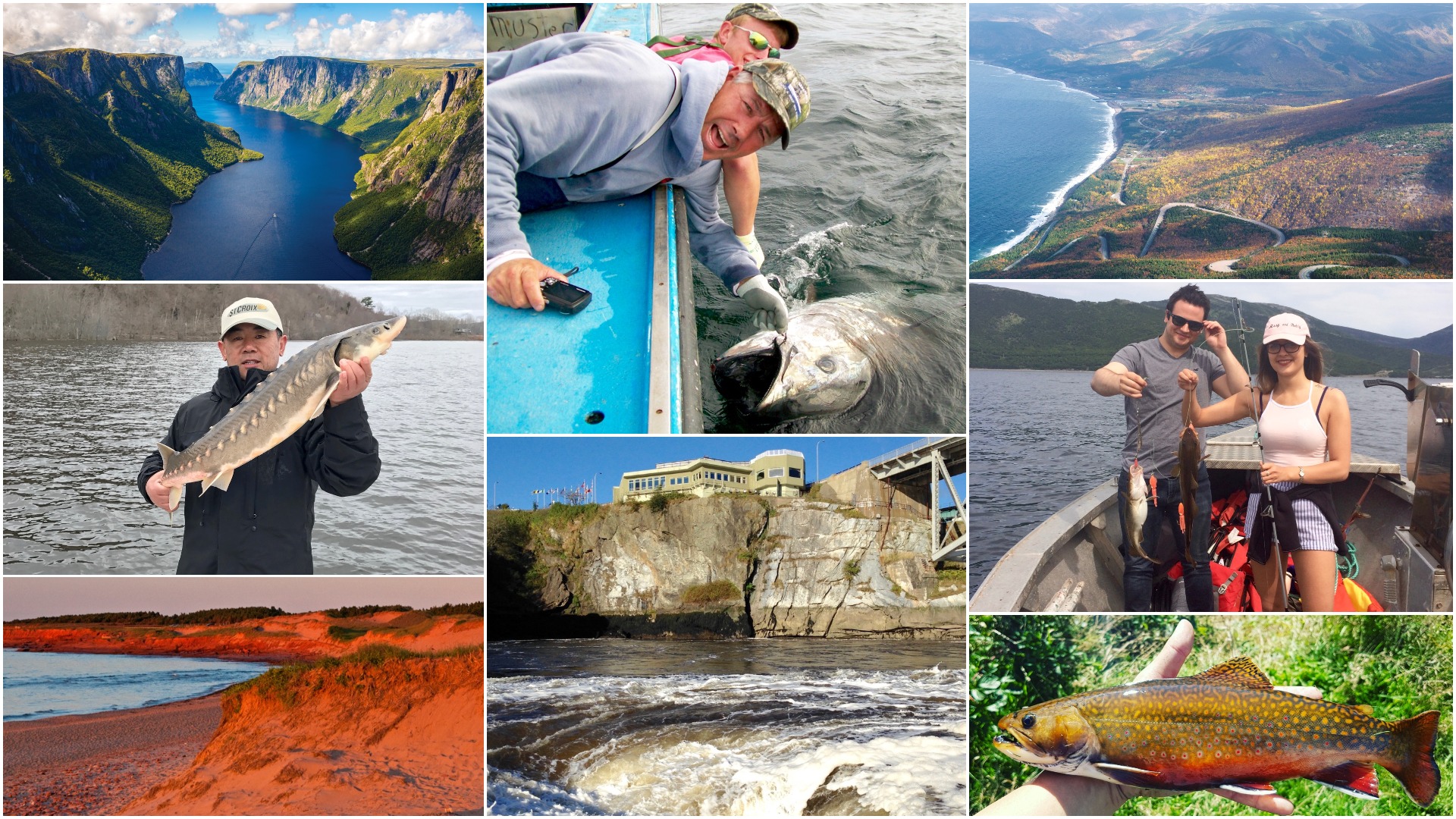 Places you can fish for trout, sturgeon, stripers, tuna and cod in unforgettable surroundings

No rivermouth in the world offers a spectacle like Saint John, New Brunswick’s Reversing Rapids, where the mighty Saint John River pours through a narrow, jagged gorge to meet the Bay of Fundy’s world-record tides. At low tide, the constricted river surges into the bay, forming impassable whitewater and whirlpools. But as the tide rises, it slows the river current until the water levels equalize, making for 20 minutes of calm water—the only time boats can pass. Then as the tide continues to rise, the seawater pours into the river and whitewater returns, this time flowing in the other direction. And just outside the cataracts, anglers can target magnificent striped bass from June to October, and powerful shortnose sturgeon in spring and fall.