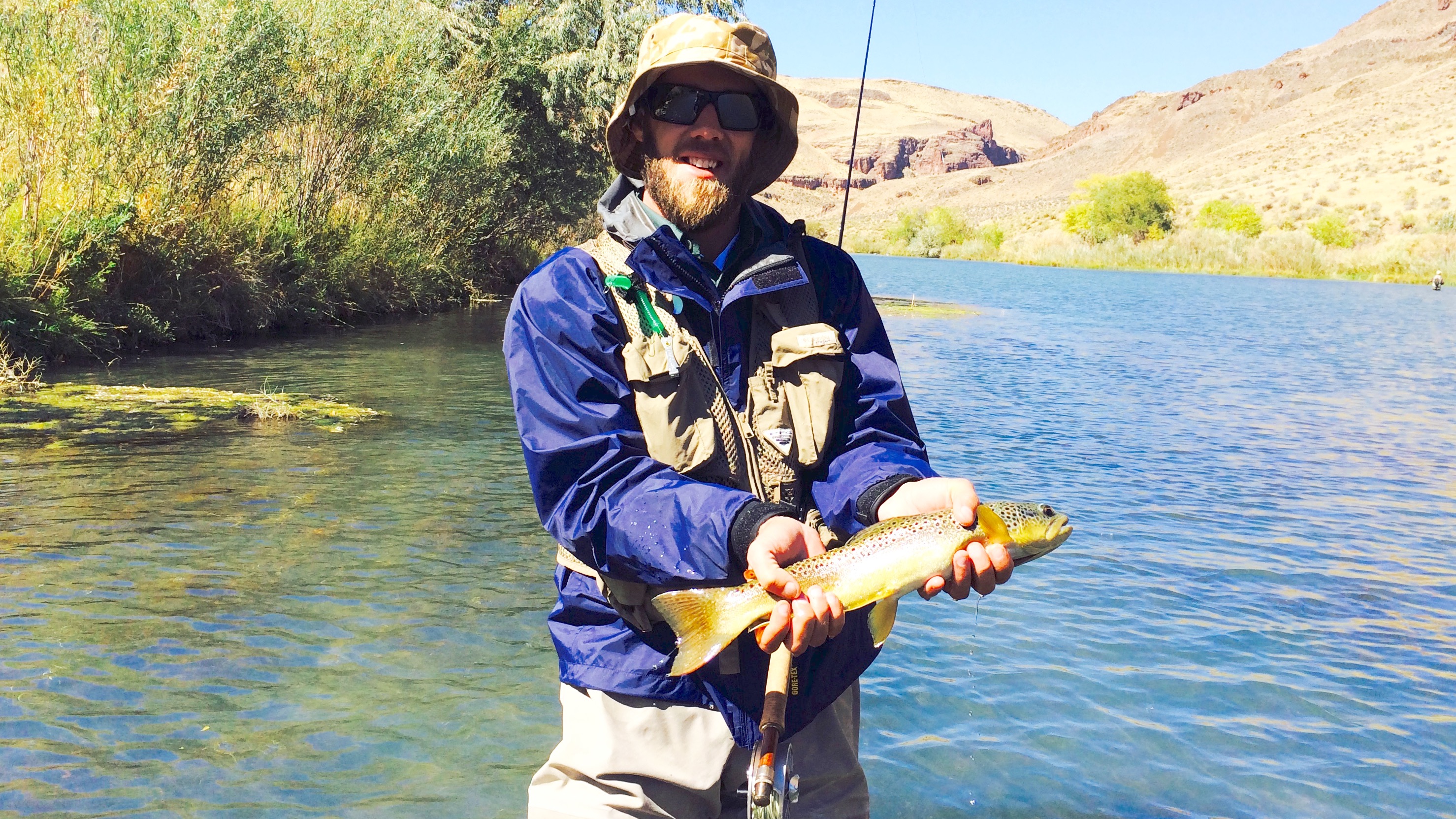 Fishing (and life) tips from a golfing pro

Known for his trademark bushy beard, 36-year-old professional golfer Graham DeLaet didn’t grow up fishing, but he’s making up for lost time. Originally from Weyburn, Saskatchewan, DeLaet now divides his time between Boise, Idaho, and Scottsdale, Arizona, and says he fishes whenever he gets the chance. Sidelined from the PGA tour since October due to ongoing back troubles, DeLaet recently spoke with us about how he balances his work and family life, and what golf and fishing have in common.

The PGA tour runs from October to September of the following year, and players pick and choose which events they compete in. It can be tough to find time to fish, DeLaet says, so he maximizes his opportunities. He says he’s even fished for bass in golf course ponds. As a parent of two-year-old twins, DeLaet says it’s even tougher these days to get away to fish, so he’s been forced to get creative. For example, he says, “We’ll jump in a tube and float down the Boise River and fish with ice-fishing poles and little spinners to catch small trout.”

Like many of us who view our time in the outdoors as restorative, DeLaet says fishing became a way for him to unwind and recalibrate after joining the tour nine years ago. “It’s an escape from the grind of being a professional golfer,” he says. “It’s often the only time my mind can get away from anything related to golf, from the rankings to the money lists to where we’re going next. You just sit out in the wilderness or in a boat, enjoying being outside and trying to catch fish.”

As he became more competent on the water, DeLaet says he started enjoying fishing a lot more, demonstrating the importance of perpetual learning—wherever you are on the fishing spectrum. To get better, DeLaet recommends practising and listening to anglers who are better than you. “The more you can watch guys who consistently catch more fish than you, the more you’ll learn.”

DeLaet says the need for patience is the common denominator with fishing and golfing. And when things aren’t going your way, he says, you have to troubleshoot effectively and change your strategy to get on some fish or start making some birdies. It could be as simple as changing your set-up or your style of play. “Some days, you just don’t have it, so you play a little more passively and you hit to the safer areas,” he says. “Then on days when you’re really on, you play a lot more aggressively and go for pins that you maybe wouldn’t take on if you weren’t really feeling it. It’s the same with fishing.”