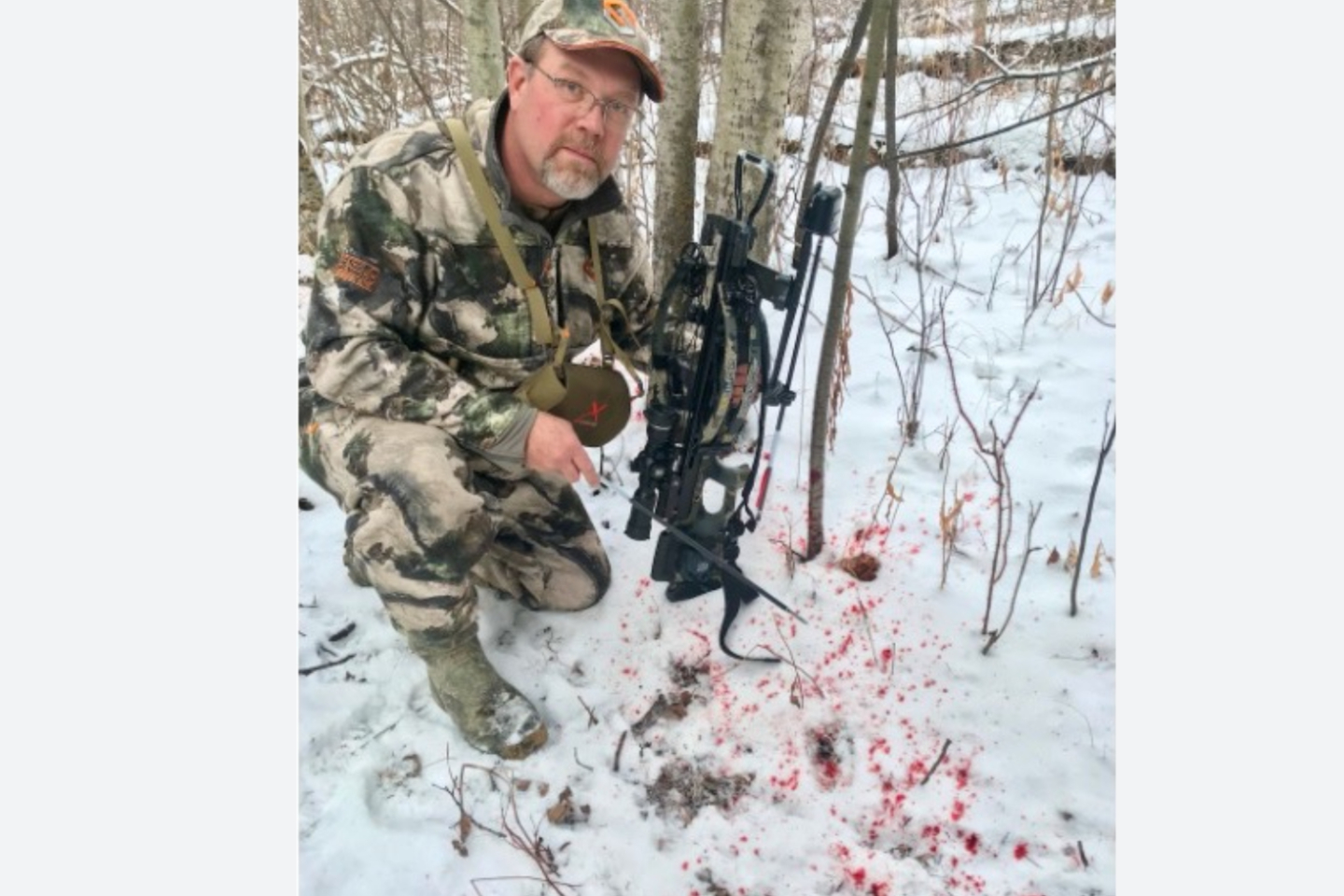 I knew I’d hit the big buck with a well-placed arrow, but I was still overcome with relief when I finally found it expired several hundred metres away in some thick alders. There had been little blood or other sign to follow, after all, forcing me to rely on my years of tracking experience.

One of the key ways I’ve honed my tracking skills is by backtracking on blood trails once I’ve found my downed game. By retracing an animal’s final steps to where it was initially shot, you can learn more about its behaviour and gain insight for future tracking efforts. Here’s what to keep in mind when following a blood trail in reverse.

Finding the spot where an animal was standing when you shot it is always the starting point when it comes to tracking downed game. Before you rush to the scene, though, make a mental note of any trees, rocks, plants or other reference points to put you in the right spot. Once you find where the animal was standing, also make note of any hoof prints, hair, blood, bone or other signs confirming where the impact occurred, and if it was lethal.

The exact point of impact cannot always be located right away, however, as an animal will often run for some distance before starting to leave a blood trail. By following the blood trail back after you find the downed game, you can discover things you missed initially—and be sure to watch for the next time.

When backtracking a blood trail, observe the surrounding habitat from the eye level of the animal you’re looking for to garner its perspective. What was its path of least resistance? A fatally wounded animal often takes the most straightforward route, such as a well-established trail, for a quick escape. Also look for blood, tracks, broken blades of grass, scuffled leaves and any other sign that could indicate a fleeing, wounded animal.

Also be aware that some wounded animals may require more time to expire, often heading into heavy cover. Knowing whether an animal is close to death or if it needs more time can tell you when to push forward with your tracking, or back off.

As you track, break small branches so they hang over the blood trail as a visual reference when you look back. Seeing the line of travel can help keep you on the trail if the sign appears to diminish or disappear altogether.

As you track wounded game, note whether the blood is on both sides of the animal’s tracks, or just one. Blood on both sides indicates a through-and-through shot, making for an easier blood trail to follow. If there is no visible blood, check the undersides of leaves and grass. Envision the animal running through cover, and how it comes into contact with the vegetation.

When field-dressing downed game, examine the wound channel and compare it to the blood trail. This post-mortem can tell part of the story, while backtracking tells the rest. For example, a liver shot will produce dark blood, meaning the animal will take longer to expire. Every part of the recovery is an opportunity to learn.

Using specialty headlamps and flashlights designed to illuminate blood can make a big difference when tracking wounded game. The Bloodhunter HD flashlight from Primos, for example, features an optical filter to dim leaves and brush while enhancing blood that might not otherwise be visible to the naked eye. There are also specialized glasses for spotting blood, and different agents you can use in an atomizer bottle to interact with blood to make it more visible.

Ultimately, you want to be the best tracker possible, and familiarizing yourself with the different blood signs is the best teacher. Even when I arrow an animal and watch it run away and fall over—knowing it has I died—I still follow the blood trail back to the point of impact. There’s always something new to learn to make me a better tracker.