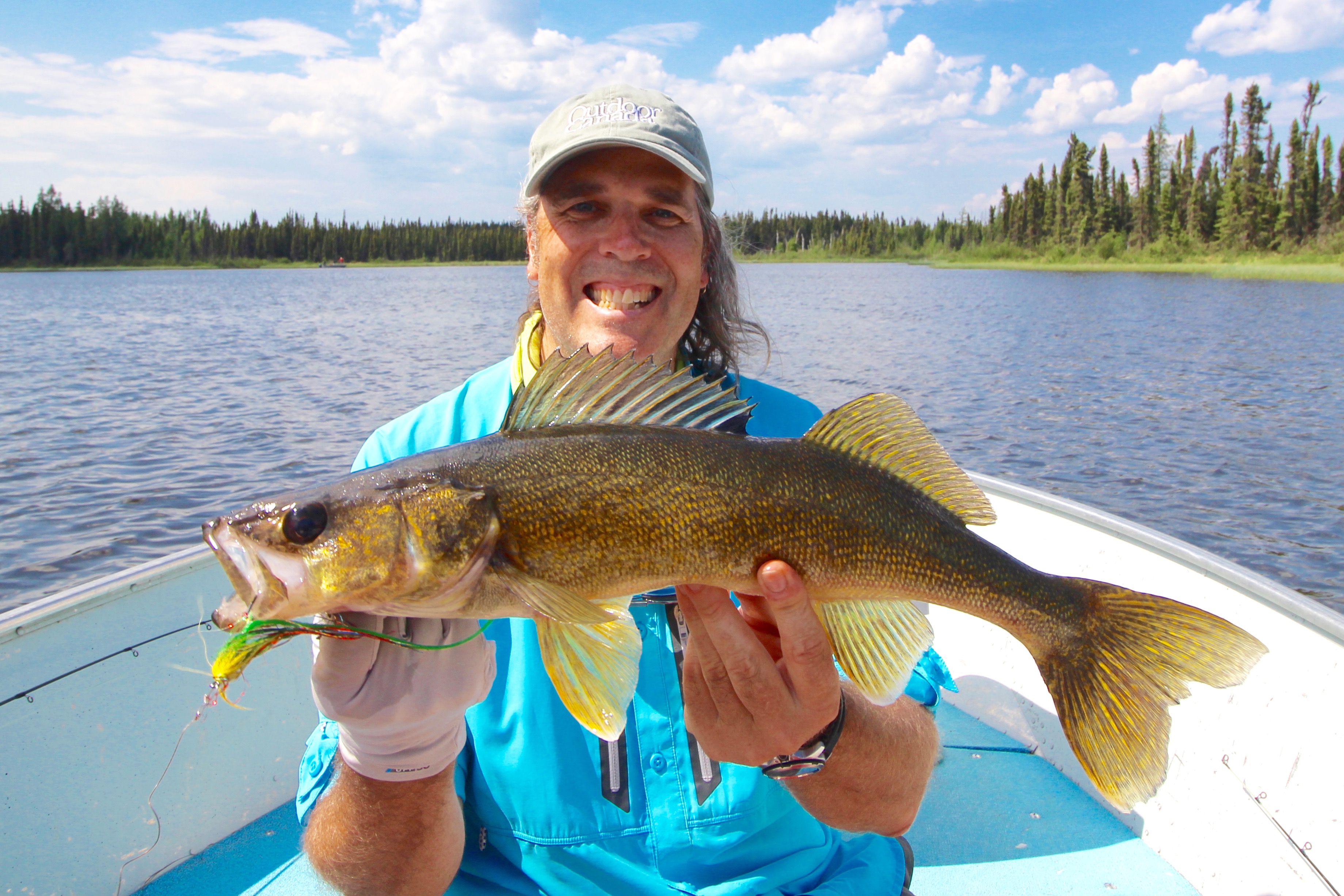 5 fly-fishing lessons I just learned… in my 33rd season!

Teaching moments from another year of casting flies

Unless you live in one of Canada’s few regions boasting late-season fly fishing, this is a quiet time of year for fly anglers. It’s also a fine time to reflect on the season gone by, take stock of your skills and experiences, and prepare for what’s yet to come. I started fly fishing in 1985, when I was in my early teens, which suddenly feels like a long time ago, and I’m still learning. In fact, I’m a more skilled angler today than I was just one year ago. So, as inspiration for your own lifelong fly-fishing education, here’s a grab bag of tricks, insights and other lessons I learned in this, my 33rd year of throwing flies.

Like many anglers, I almost always have some Woolly Buggers on hand. This remarkable fly will catch almost anything, almost anywhere. The Bugger is also so simple to tie that it’s often the first pattern novice tiers learn. Since blundering through my first Bugger, I’ve made a couple hundred of them, and this year I learned a brilliant upgrade that makes the fly work even better. The Bugger’s one flaw is the tendency for its soft marabou tail to foul around the hook bend, but now I know how to prevent that. When tying the fly, tie a short loop of monofilament at the hook bend, and under the tail. That way, the tail will maintain its enticing, swishy action, but stay clear of the hook.

BRING ALONG A BATH MAT

The great fishing vessel of northern Canada’s fishing lodges is the aluminum boat. Unfortunately, the boat’s floor is deadly on fly lines, which continually get caught in the rivets and ribs. And it’s so easy to nick, gouge or otherwise damage a $100 line. But here’s one for the why-didn’t-I-think-of-that-sooner file. I solved the problem this past summer by bringing along a flimsy, inexpensive bath mat. You simply place the mat on the deck in front of you and dump your line on it, keeping the line (comparatively) safe and organized.

USE BIG FLIES FOR WALLEYE

I’ve caught dozens of walleye on the fly, mostly incidentally when fishing for pike or bass, and I’ve noticed a distinct trend: walleye go after big flies, as in six- and even eight-inchers. And they’ll hit briskly moving flies as well. This goes against a lot of conventional wisdom, but in recent years, Outdoor Canada fishing editor Gord Pyzer has been advocating bigger baits for walleye. This clearly also applies to flies. Gord likes to remind anglers that although walleye don’t fight like tigers, they’re still aggressive, predatory fish that like a mouthful. And take it from me, even on a sturdy 8-weight outfit, you definitely get a nice tussle from a 20-inch rock melon.

I’m a big fan of fishing deep in lakes, and I usually bring along lines of several different sink rates on spare reels or spools. Changing lines involves cutting off your fly, unlooping the leader, then threading the fresh line through the guides. It takes only five to 10 minutes and is often worth the effort, but it’s a bit of a bother. Then I learned how to do it in 30 seconds (though this trick only works if your leader is longer than your rod). Wind in your line until the junction of the fly line and leader are by the reel, then cut the leader. While holding the leader so it doesn’t slide away, install the new spool or reel, and simply retie the leader to the loop on the fresh fly line using an improved clinch knot. Now you’re ready to resume fishing. Another lesson here: Those loop-to-loop connections are handy when you’re setting up, but they’re not essential.

ALWAYS UP YOUR GAME

Perhaps my most important lesson from this year is just how easy—and how rewarding—it is to keep learning. Everyone is different, but for me that’s meant seeking out new water and new species, fishing with anglers who are better than me, and staying open to fresh new experiences. Although my fly-fishing skills are now the sharpest they’ve ever been, I’ve still got a long way to go to become the angler I want to be. And hopefully 2019 will be another step along the way.