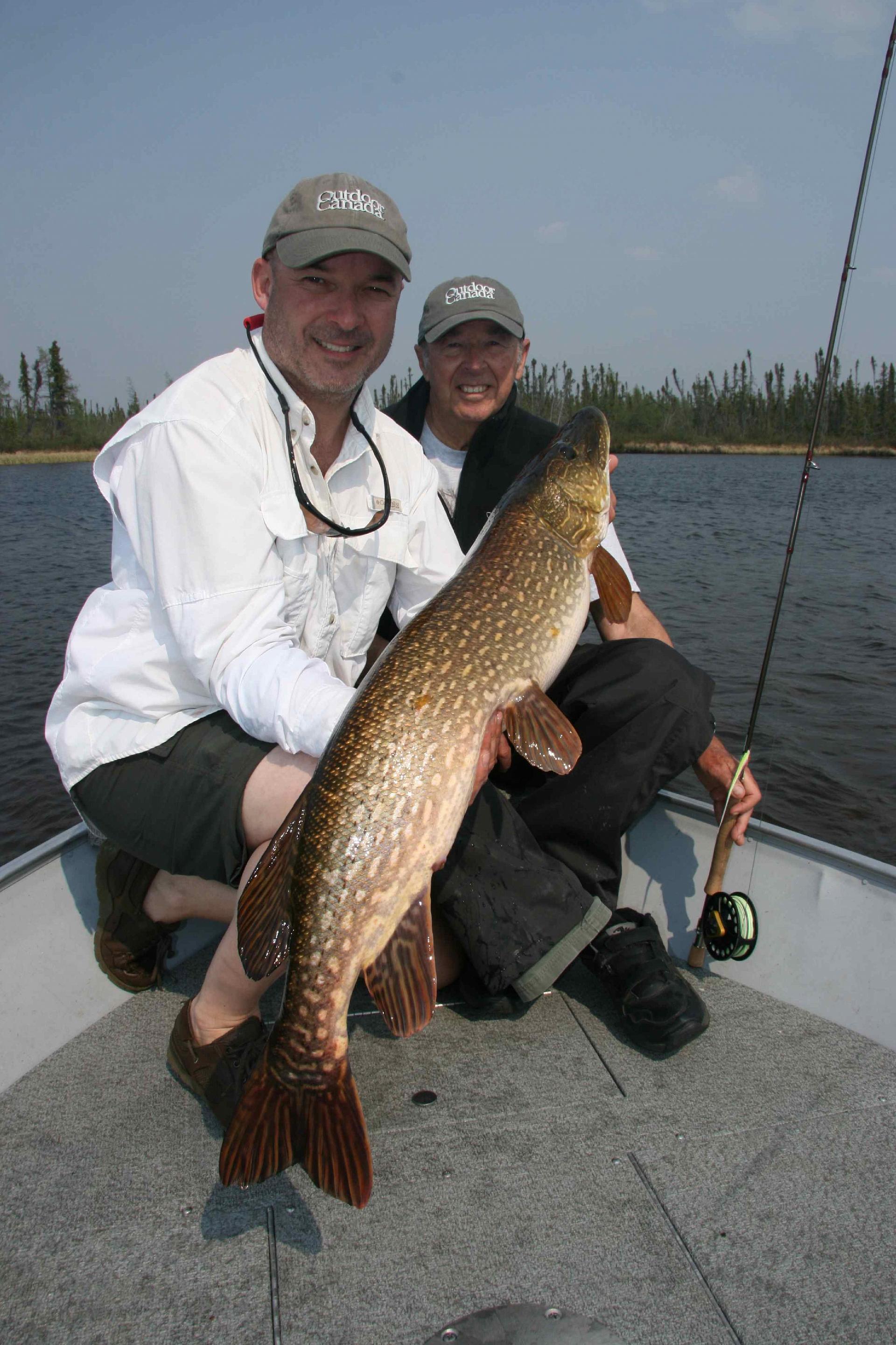 Those are the three new words my Dad says he learned during our four days of fishing at northern Saskatchewan’s Milton Lake Lodge. That’s hardly surprising, given we were hanging with Nick Pujic, the hip young principal of Fly Max Films and Fly Nation TV (think surfer culture meets fly fishing), and our guide Naoto Aoki. Naoto, along with his brother, Yoshi, and Josh Nugent, who are also guiding at Milton this summer, all make frequent appearances on Pujic’s flashy fly-fishing projects. And yes, the resulting videos are awesome.

As for sweet, that best describes the pike fishing on our last day, and not just because I landed two giant northerns on the fly (one 42-incher and another stretching the tape to 40.5 inches, but who’s measuring?). It really was a combination of things: the playful banter between Naoto and Dad; the countless fish Dad tagged on his number 5 Mepps Glow; the great weather (sunny, with variable clouds, ending with a smoky haze from a forest fire); the too good food; and simply enjoying the northern Saskatchewan wilderness.

Then there was Dad. He fished hard the full four days, even with a swollen hand from, as he says, “more casting than I’ve done in the past 20 years.” He was out on the lake from 8 a.m. to 5 p.m. four days in a row, keeping his lures wet and putting up with Naoto and me obsessively pursuing 40-inch-plus pike (not that his high energy level should be surprising: at 76, he still plays hockey). And when we weren’t fishing, he was charming the staff and guests back at the lodge, sharing his seemingly endless inventory of tall tales.

That’s my pop. The dude abides.