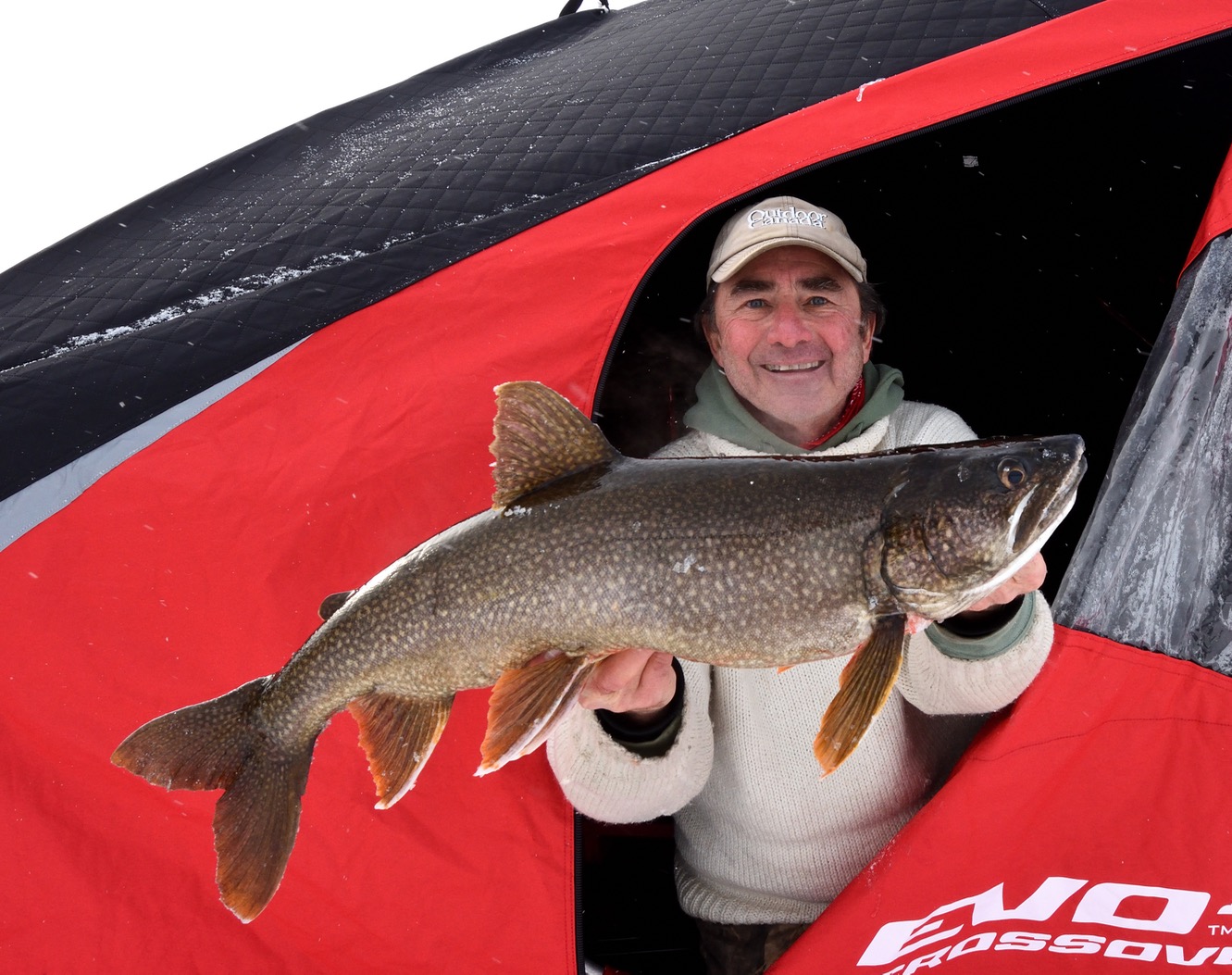 An homage to the portable ice-fishing hut

Anyone who’s ever sat on a five-gallon bucket in a freezing north wind while staring down a hole in the ice knows how punishing Canadian winters can be. No wonder people who don’t ice fish look at those who do with a mixture of confusion and pity, unable to understand what would compel someone to willingly spend a day outdoors in such conditions. What they don’t realize, however, is that savvy hardwater anglers have a secret weapon for staying warm—the portable ice hut.

The term “game changer” gets thrown around a lot when it comes to new products for anglers. From lines and rods to, well, take your pick, manufacturers are always claiming their next best new thing will revolutionize the way we fish. In the case of portable ice huts, however, the term is well deserved. Not only do they offer a respite from the wind and cold, they also allow anglers to stay mobile.

These days, it’s all about running and gunning to find and stay on fish, and the portable ice hut lets you do just that. The fish aren’t biting? Just pick up and move—these huts are so light and transportable, complete with room to store your gear, you’re no longer tied to just one location. And when you add a small heater, a portable can be just as cozy as a traditional shanty.

Of course, there will always be times when a permanent hut still rules, such as when you’re hosting newbies who need more creature comforts. But these days, a portable is generally far superior—and versatile. You can now get a pop-up version big enough to fit eight anglers, for example, or a single flip-over model with a seat on a sled that’s so light you can easily pull it on foot across a frozen lake—en route to catching big fish from the comfort of your temporary home.