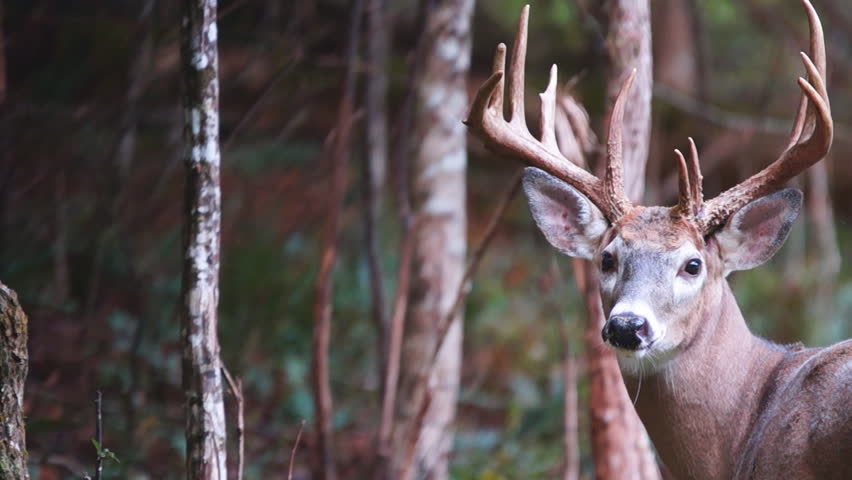 With a density of roughly 21 deer per square kilometre, Anticosti Island is a hunter’s dream. Thanks to the absence of predators, the 217-kilometre-long sliver of land in the Gulf of St. Lawrence is home to some 166,000 whitetails. That, for starters, makes for exceptional hunting. Now mix in the many kilometres of cleared trails that meander through evergreen thickets, along streambeds and past natural meadows. For a still-hunter like me, this is as good as it gets.

Then there’s the order of things. Since the entire island is divided into defined sectors—each managed by an outfitter—there’s no encroachment from other hunters on your assigned turf for the day. Some of the sectors feature one-on-one guiding, while others provide a camp manager/guide for a party of hunters. Or, you can opt to hunt on your own, as I do.

Of course, you won’t be setting any records here—Anticosti deer weigh about 15 per cent less than whitetails in the rest of northeastern North America. And while getting a book whitetail may be improbable, there are still plenty of respectable bucks on the island. If you’re hunting antler, filling a pair of tags during a three- or four-day hunt is not difficult.

When to Go: The season here opens in late August and runs to mid-December.

Gun and Load: All deer calibres and loads, including .270 Winchester and .30-06 Springfield, work fine. Choose a projectile of 120 grains or higher.

Set in the stormy waters of the Gulf of St. Lawrence, Anticosti Island boasts the highest concentration of white-tailed deer in Canada. With a population conservatively estimated at 166,000, and an average density of 21 deer per square kilometre, Anticosti ranks with the deer-rich counties of the American deep south.

At first glance, this windswept island of stunted black spruce forests and free-stone salmon streams resembles the moose and caribou country of the Quebec North Shore, from which it calved. But that didn’t concern Henri Menier, a wealthy businessman and sportsman from France who bought the island in the late 1800s. Over several years, he introduced moose, elk, caribou, bison, white-tailed deer and an ark’s worth of smaller animals. Of these, the moose have survived and, in the absence of predators, the deer have thrived.

But how’s the hunting? Fabulous. My druthers are for the unguided packages where I can come and go as I please. I’m a still-hunter and Anticosti Island, with its many trails and swampy meadows, is ideal for that kind of hunting. Filling your two allotted tags is usually not a problem, but the four-by-fours and five-by-fives require a bit more work.

This 222-kilometre-long sliver of land in the Gulf of St. Lawrence has always been, and always will be, one of my favourite spots to hunt white-tailed deer. Though I had taken deer elsewhere before my first visit in 1974, it was on Anticosti Island that I really learned to hunt whitetails over the course of many return trips. With an overall density of 15 animals per square kilometre, after all, it’s possible to make an awful lot of blunders and still tag out on two animals. Once I realized that, I began to relax and learn from every encounter. And I’ve had more close encounters on a single trip than most hunters experience in a decade of deer hunting elsewhere.

Having hunted virtually everywhere on the island, during both early and late seasons, I’ve come to understand a few things about deer hunting on Anticosti. For starters, still-hunting is the most common tactic, either on your own or on the heels of a guide. And no matter which sector you hunt, you will see deer. However, the quantity varies, governed to some degree by the time of year. In September, the deer are generally still in their summer routine, grazing early and late in the day in the vast bogs and burns scattered throughout the island. Come October, does and spike bucks are still numerous, but the mature bucks become increasingly reclusive, favouring dense evergreen thickets where they can feed and rest with as little effort as possible. I’ve had excellent success poking slowly along the edges of these thickets. Once November rolls around, the bucks go into rutting mode and you’re liable to bump into a mature buck most anywhere during the course of a day’s outing. Rattling is particularly effective for mature whitetails through the latter half of October and all of November.

Which brings me to the sensitive point of Anticosti Island’s trophy deer. If your expectation is to take a buck that qualifies for the Boone and Crockett record books, there are other areas of North America where your chances are much better. But if you’re happy to take a representative 4×4 or even a 5×5 (plus a spike or doe) during your three- or four-day hunt, you’ll likely leave with good memories. If you’re determined to take two bucks, that’s also possible, provided you’re willing to put in the effort.

While it’s true that there may be an opportunity for a long shot, the vast majority of Anticosti deer are taken at less than 200 yards, and most of those at less than 50. As such, the .30-06, .308 and other similar calibres are more than adequate. You’ll likely be doing a fair amount of walking, so watch the weight of your equipment and choose your garments accordingly. Early season can range from sweltering to cool and October from cool to cold, while November is cold with snow on the ground.