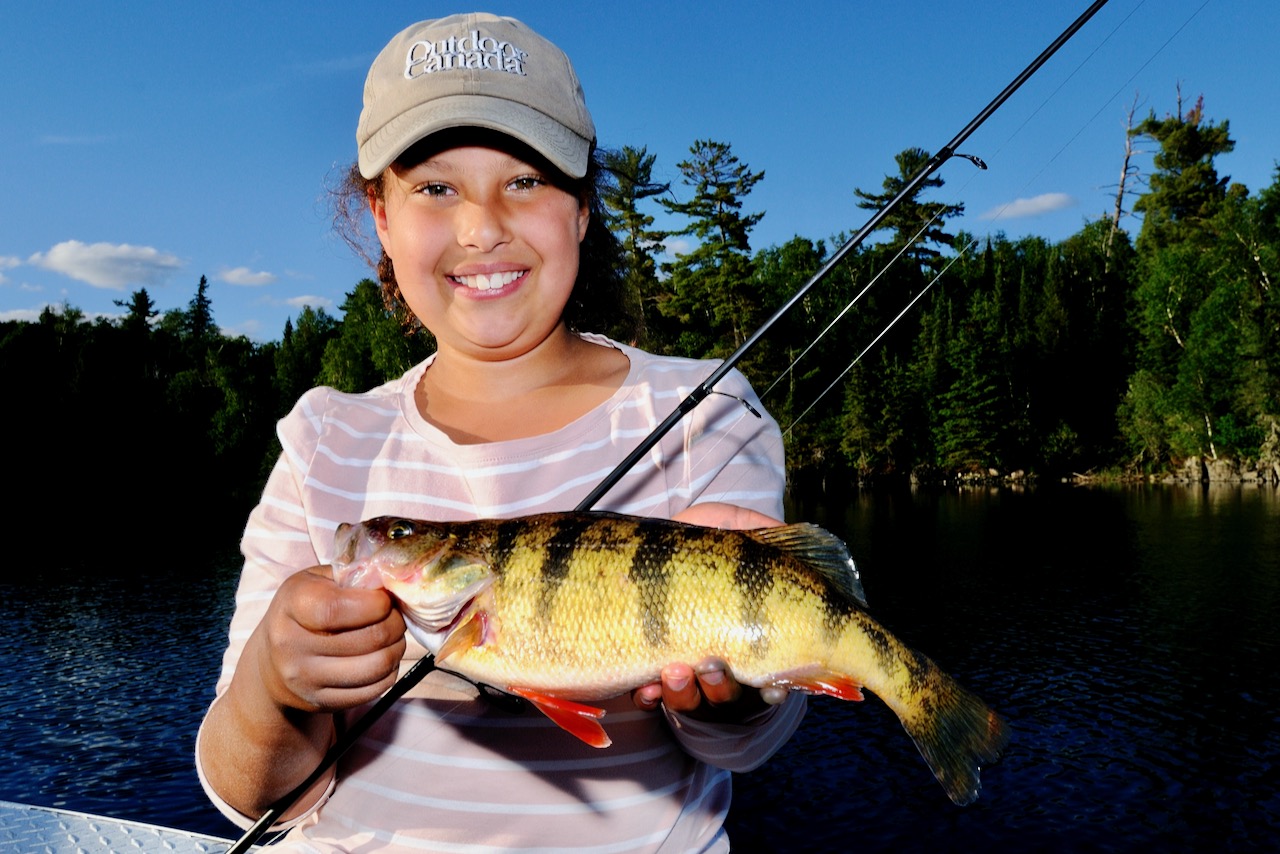 Autumn is prime time for tackling schools of jumbo perch. Here’s how

Autumn is prime time for tussling with schools of jumbo perch

For me, fishing for jumbo perch is one of the highlights of the fall season. I encounter few other anglers, if any, competing for these tasty fish, and it never hurts when the blue sky and warm sun make for great days on the water. The same conditions that make the fishing so stellar, however, can also make it difficult for many anglers.

That’s because autumn is a period of consolidation for perch, when they gather in ever bigger schools. If there’s one thing perch enjoy, it’s the company of other perch, and their gatherings begin as soon as the shallows chill. Since they congregate in pockets, though, it can be more challenging to find them. Here’s where to look—and how to tackle them once you do.

Wherever you target perch, the first step is to locate their food, says southern Ontario perch guru Wil Wegman. He fishes for jumbos in Lake Simcoe, the legendary perch factory that is essentially three different lakes in one. “There is a deep lake trout section with no weed growth, a mesotrophic mid-zone section with sparse grass, and the shallow Virginia Basin and Cook’s Bay area with lush vegetation,” Wegman says. And where you look for feeding perch changes from section to section.

During fall in the shallow area, the perch will slide out of the lush vegetation to the edges, where they’ll devour massive schools of emerald shiners. Meanwhile, in the mid-zone portion of the lake, typical of so many waterbodies across Canada, large schools of perch will roam the flats in 20 to 40 feet of water, feasting on the boundless supply of round gobies instead.

I find the fish doing the same thing on my home waters of Lake of the Woods, only there they snack on the huge population of rusty crayfish. Similar to what Wegman experiences, the schools of perch will remain localized until they exhaust the food supply, then move on to the next all-you-can-eat buffet table.

Finally, there are the prolific perch pockets in the deep section of Simcoe. “Just stay shallower than 40 feet and search for perch around any extended points that jut out from the steeper shorelines,” Wegman says, his pointers applicable for any deep, cold lake. “You typically won’t find any weed growth in these areas, and the perch will be more mobile, but you will score big time when you find a school targeting shiners and gobies.”

Since you can’t brawl with fall perch until you find them, use patterns that let you efficiently cover a lot of water. One of my favourites is a three-way rig with a 1/16-ounce jig tipped with a 2 ¼-inch Mister Twister Sassy Stingum, or 2 1/2-inch Sassy Shad. I use a slightly heavier tungsten drop-shot weight (typically a quarter- to half-ounce, depending on the depth) suspended 18 inches or so below the swivel. That way, I can stay tight to the bottom as I drift or troll.

As for Wegman, he strolls a Rapala X-Rap (Albino Shiner pattern) on a long line behind his boat, dropping a marker as soon as he hooks a fatty. He says one active perch can give away the location of similarly sized, but less engaged, fish. To target those perch, he uses a drop-shot presentation or a jig tipped with a soft-plastic minnow, such as 13 Fishing’s Vertigo Minnow.

You can also add crayfish tails to the list of productive baits, if crayfish are present in your lake. I’ve never used a more deadly bait while jigging or drop-shotting for perch. The tails are tough, so you can land three or four fish before having to change baits. They also flap naturally, making them shine when you feel a strike but miss the fish. Instead of reeling up and changing the bait, as you would have to do with a minnow, just let the tail flutter back down—and get ready for the fall brawl to begin. 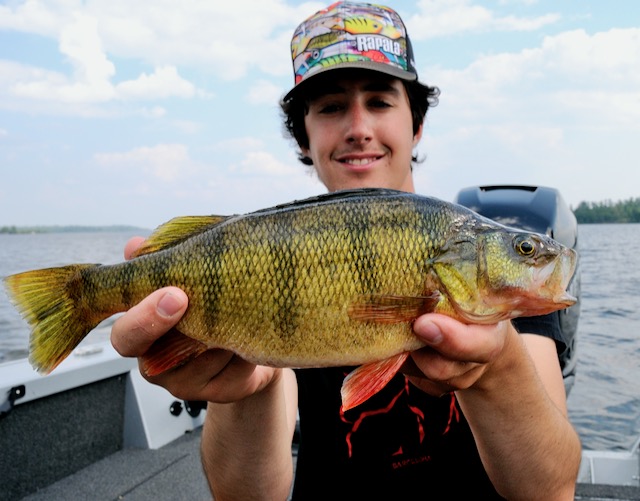 Jumbos are critically important for maintaining healthy perch populations, so do your part for conservation by releasing any fish longer than 13 inches. Instead of the jumbos, keep a few slightly smaller fish for your well-deserved fall feast.