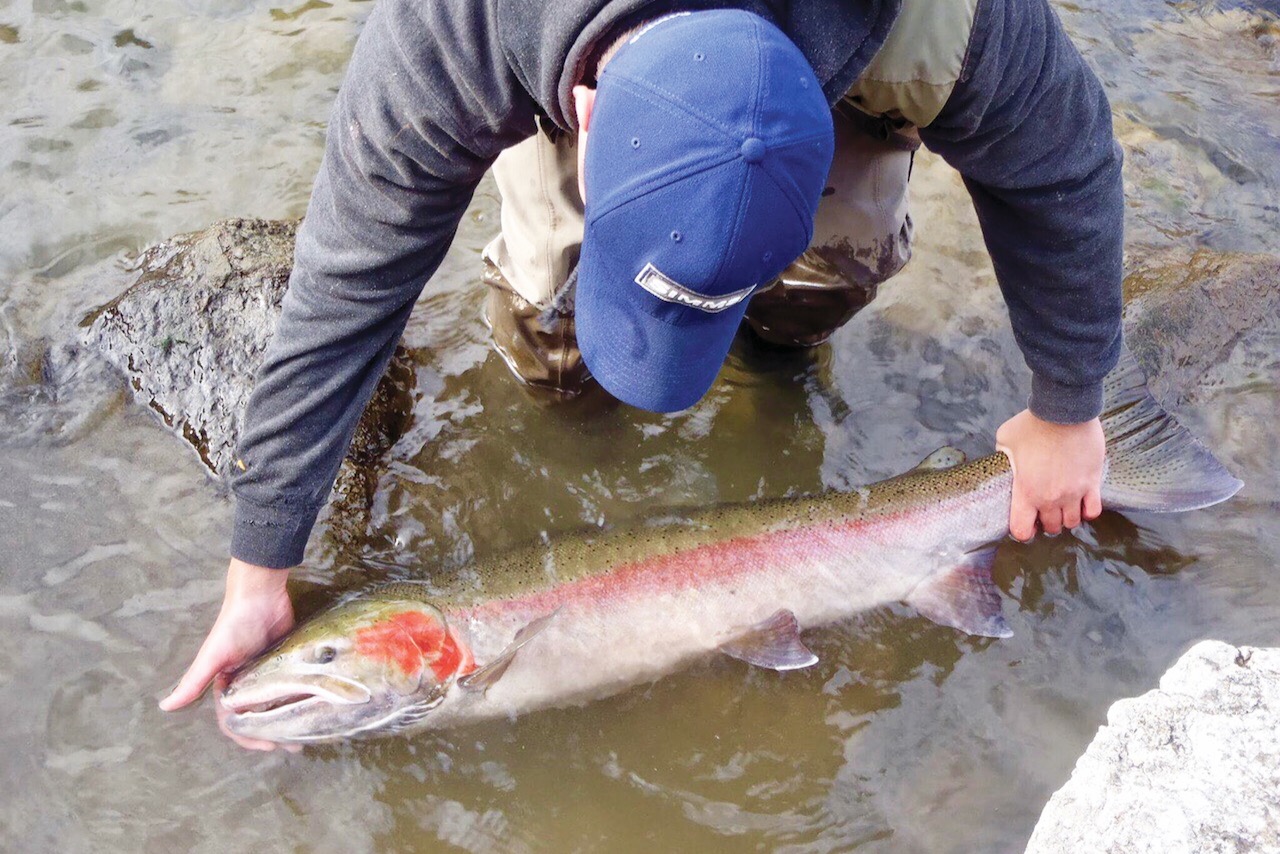 Sometimes, a perverse pleasure comes from correctly predicting a catastrophe and being able to tell those who refused to listen, “I told you so.” But anglers and conservation groups in B.C. certainly aren’t taking pleasure from being right about the rapid decline of the Thompson River’s steelhead population. Fisheries groups have been sounding the alarm for decades, and in 2018, more than 47,000 anglers petitioned Ottawa to take action to protect the fishery.

That year, a record low of just 240 wild steelhead were predicted to make their way back to the Thompson to spawn—dramatically down from the 7,000 fish of the 1980s. Even still, the then-minister of Fisheries and Oceans, Jonathan Wilkinson, said his department would not list the species as endangered under the Species at Risk Act. With only 68 steelhead predicted to return to the Thompson this year, a coalition of 15 groups is now renewing the call for federal intervention and the listing of steelhead as endangered.

As with salmon, steelhead are born in freshwater but migrate to saltwater, where they spend several years before returning to their natal rivers to spawn. Unlike Pacific salmon, however, they can live for up to 15 years and spawn several times. So, what is causing this dramatic decline in the population? According to a 2018 federal study, the reasons are numerous, creating a perfect storm that could lead to the ultimate extirpation of the Thompson’s steelhead.

For starters, inland agriculture, which consumes water for irrigation and other uses, was found to have reduced the Thompson’s flow, resulting in higher water temperatures during the summer months. Meanwhile, forestry practices and increased urban development have led to increased erosion. The resulting silt is extremely damaging to spawning areas, as are floods and landslides—2021 was one of the worst years in recent times for those occurrences.

While the causes of freshwater mortality are somewhat obvious, considerable mortality is also likely occurring in the Pacific Ocean, but it’s difficult to quantify. There are likely culprits, however. Warming water temperatures due to El Niño and climate change are causing a decline in nutrients, for example, which in turn leads to a decline in the smaller fish that steelhead rely on for food.

At the same time, the warming ocean is forcing some populations of larger predator fish to move farther north, and steelhead become a prey species for them. As well, a federal study found that harbour seals and sea lions eat up to 40 per cent of salmon smolts returning to the ocean, but the study stopped short of indicating how many steelhead overall are being preyed upon.

With so few steelhead in the system, getting accurate counts on factors such as predation is admittedly difficult. Incidental catches of steelhead by both commercial fleets and recreational anglers are also of concern. While commercial fishermen are legally required to return steelhead to the water, there’s undoubtedly some mortality, although how much is not known.

Most people I spoke to who are close to this issue are not optimistic about the survival of the Thompson’s steelhead. By pushing the federal government, however, they hope further tragedies such as this can be prevented. Again, though, Ottawa remains reluctant to list steelhead as endangered under Schedule 1 of the Species at Risk Act, which carries some fairly broad and stringent regulations to protect both the fish and their habitat; a detailed recovery plan would also be required. The ramifications for agricultural producers and commercial fishermen could be catastrophic, but as with most endangered species, there’s a fine balancing act between industry and nature—considering the sizes of the industries involved, steelhead are likely to be the loser.

Unfortunately, the Thompson steelhead are not the only population in peril. Steelhead numbers elsewhere in B.C., as well as in Washington and Oregon, are also on a steady decline. In 2021, for example, just 5,280 spawners returned to the Skeena River, less than one quarter of the historical average. Populations of both chum and chinook salmon have also seen significant declines on the Skeena in recent years. It’s obvious we have a problem in our oceans and rivers, but the big question is, do we have a solution?