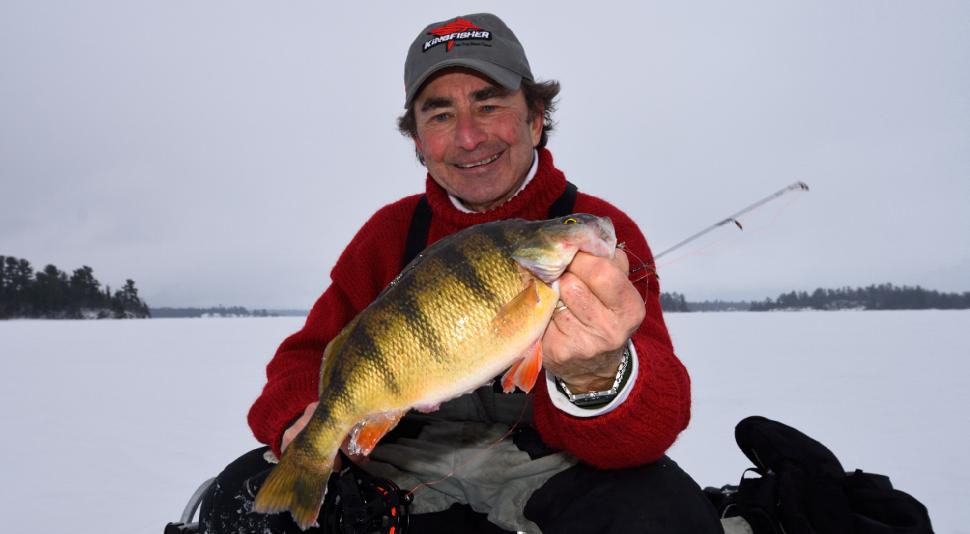 The BaitCloud Breakthrough: A New Way to Up Your Ice Fishing Odds

This Unusual Attractant May Be the Year's Best New Hardwater Bait

One of the things I really enjoy is getting the chance to test a new product in the prototype stage or as it is just being introduced to the angling public.  It is the reason I love going to the ICAST and EFFTEX shows.

Seems anglers are a curious, creative, ingenious and inventive bunch.

Still, having said that, I’ll be honest with you.  Probably three-quarters of the items that are sent to me each year, fail to impress me once the rubber hits the road.  As a result, I thank the folks who were kind enough to ship them to me, wish them well in their endeavours, acknowledge that my findings may be out to lunch (which they usually acknowledge is the case) and the story—at least for my part—ends there.

A few times, however, a new product makes a good impression with me and the most recent is something called BaitCloud.

Remember Alka-Seltzer?  That is what BaitCloud reminds me of.  A giant, puck-size Alka-Seltzer tablet that is infused with fish attracting scent, that slowly fizzes away when you drop it down to the bottom beneath your ice fishing hole, where it supposedly attracts the curiosity of the fish and keeps them lingering around thanks to a cloud of positive fishy odours.

The principle is sound, although, having said that, if there are no fish where you’re fishing, nothing—including scent infused tablets—is going to alter your results.

On the other hand, however, last week I enjoyed the two best days I’ve ever had targeting massive yellow perch.  Fish the size and shape of smallmouth bass that were approaching two pounds in weight.  Obviously they were on or very near the spot I was fishing—one of my favourite winter waypoints—but I also think the BaitCloud tablet did two things.

First, I believe it aroused the curiosity of the perch and kept them in the neighbourhood.  As a matter of fact, when I returned on day two, and dropped my lure down the hole I had been fishing the day before, a giant perch immediately rushed up and inhaled my Williams Wabler spoon adorned with a minnow head.

Now, normally catching a fish on your first cast—or first drop—is a curse and sure sign that the fishing for the rest of the day will be terrible.  But it wasn’t.  In fact, with a fresh BaitCloud tablet fizzing away, I think it fired up the school.

In any event, it sure didn’t hurt.

I should mention, too, while I was targeting jumbo yellows, I also nabbed three bonus smallmouth bass, one of which exceeded four pounds in weight, three northern pike and a trio of walleyes!

So, you be the judge.

Oh, one last thing.  I am not totally sold on the BaitCloud flavours that are currently available: garlic, coffee and anise (liquorice).  I consider these to be more masking agents than fish attracting scents.  But, I can’t help but wonder what would happen if the BaitCloud folks could cook a deal and partner up with the folks at Rapala (Trigger X) or Pure Fishing (Power Bait) and have the tablets infused with these proven fish attractants.  Gotta believe it would be a marriage made in heaven.

Anyway, if you want to get in on the ground floor and try the BaitCloud tablets, here is the link to where you can obtain more detailed information:  BaitCloud .

As for me, the experimentation continues.