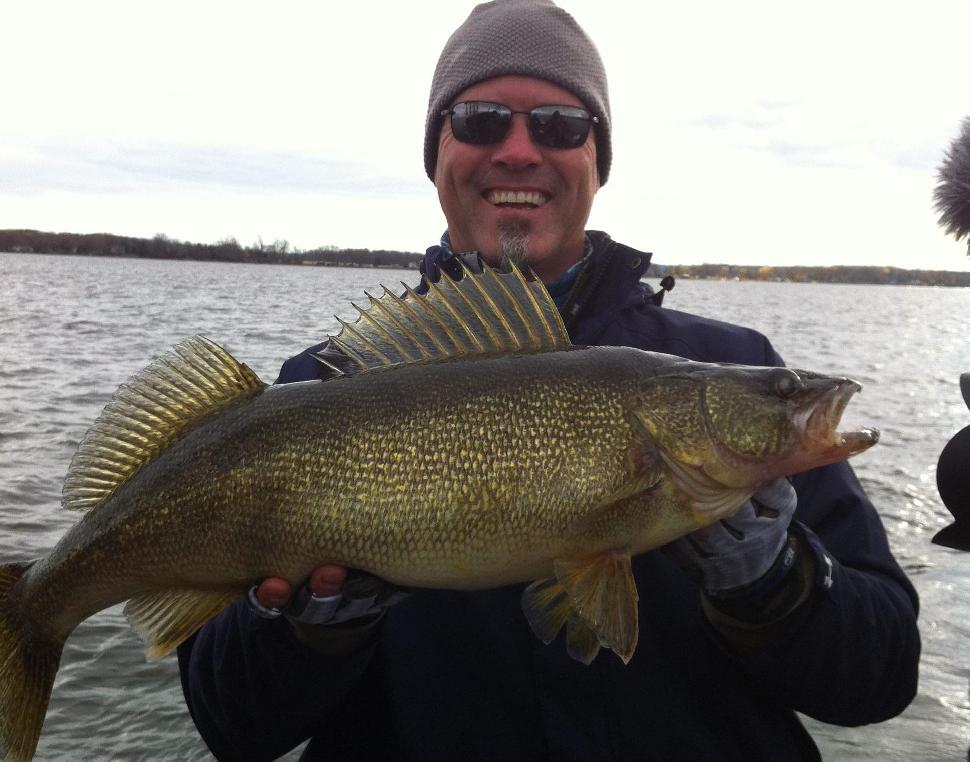 Yesterday, I was minding my own business when I got an email from out of the blue from Owen Nolan. I first met Owen back in July up on Lloyd Lake, a northern Saskatchewan fly-in destination for trophy pike and walleye. Owen, along with fellow hockey pro Keith Aulie (Tampa Bay Lightning/Syracuse Crunch), was the “prize” in a fishing contest put on by National Pro Staff (and supported by Outdoor Canada). Namely, the contest winner and a friend got to fish with Owen and Keith. As luck would have it, I was invited to also head up to Lloyd and, even better, I got to enjoy one of the three days on the water fishing with Owen.

So it was that Owen came to invite me to join him today on Lake Ontario’s famed walleye fishery—the Bay of Quinte. It’s funny how fishing can bring together different folks from different backgrounds. I mean, would I have ever met and got to become friends with a legendary NHL power forward if it weren’t for our shared passion for angling? Not likely. Now retired from hockey, Owen lives in San Jose and I hang my hat in Aurora, but here we are, once again sharing a boat. How cool is that?

To cut to the chase, we’re on Quinte to shoot an episode for Owen’s brand new outdoors program, Sportsman 360 TV, set to air in 2013 (details on networks to come, as negotiations remain in progress). Hosting us is Bay of Quinte Charters’ Scott Walcott and his longtime fishing buddy, Jeff Chisholm. The task for today was to at least get some B-roll, courtesy of cinematographer extraordinaire Nick Pujic and his team (Owen and I had three cameras and six static Go Pros aimed at us all day).

In the end, we got more than mere B-roll, having boated six fish—despite the fact the recent balmy weather (think 15°C plus) gave way to sub-zero temps over night, along with high winds and rain. I thought for sure the fish would be shut off, but Scott and Jeff managed to nail a workable pattern. And not only did we boat six fish, Owen also hauled in his personal best walleye, a big-bellied 10-pound 12-ounce specimen. Man, was he stoked. As for my big fish of the day? A respectable eight-pound seven-ouncer.

All of which means that tomorrow, we have something great to build on.