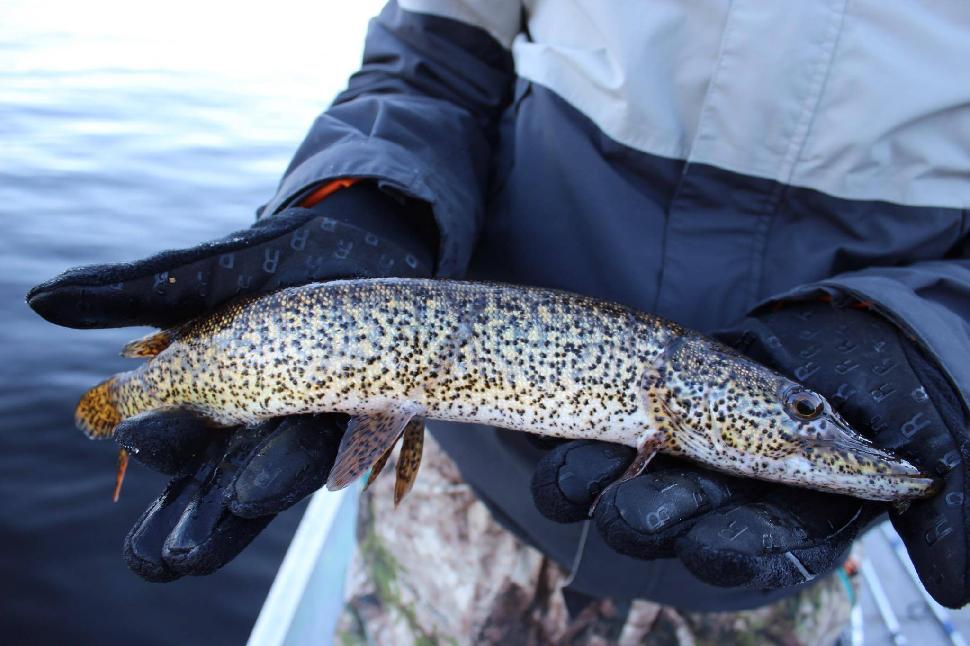 The Real Truth About Black Spot Disease, and How It Affects Fish

It's common across North America, and the science behind it is amazing

I am digging into the email box this week and interestingly, two anglers from Manitoba have sent me images of northern pike they caught recently, asking the same question.

The first angler was Marcel Laferriere, who I had the pleasure of meeting at the Mid-Canada Boat Show earlier this spring.  Marcel was fishing in Barren Lake, Manitoba and caught a northern pike that had, as he says, … “some unusual visual characteristics that I have not witnessed before. The pike had copious amounts of very small black dots covering its entire body. The spots were raised, as I could feel them as I gently ran my fingers over them. I’m assuming this is some sort of disease, but was wondering if you could provide further explanation to what I witnessed with this unusual fish.”

Kevin Christiansen, who I met while fishing on Lake of the Woods last summer, sent me an image of a similar northern pike that he caught in Shoe Lake, Manitoba. As KC asked succinctly, “What’s up with this pike – strange marks all over it?”

Well, it is called Black Spot, how’s that for an obvious name, and it is actually not so strange. In fact, black spot (or Neascus) is very common in fish in many lakes, rivers, pits and ponds across the continent.

And its life cycle is fascinating.

The black spots that you can see, and feel if you rub your hand over them, are small cysts in the fish’s skin.  In a heavily infected fish you’ll find them sprinkled in the flesh as well. And speaking from experience, if you inadvertently happen to eat one, they’re crunchy – like a speck of sand or a piece of pepper corn.

Now, we won’t get into a debate about what came first, the chicken or the egg, but what happens is that a fish-eating bird like an eagle, osprey, great blue heron, kingfisher, gull or cormorant consumes an infected fish and the black spots, which are, in fact, tiny encapsulated worms called trematodes, mature inside the bird’s digestive system.

Once they mature, the worms lay eggs which the bird passes into the water in its droppings. The eggs then hatch into microscopic organisms called miracidia that usually have only about 24 hours in which to swim around and find their next host that is typically a snail.

Once the miracidia worm their way into the snail, the parasite develops into its next life form, emerging from the snail as a tiny creature called a cercariae, that swims around in the water looking for a fish in which to infect.  When the parasite successfully burrows into the northern pike, bass, walleye or other species the fish reacts by encrusting the little bugger in a cyst with black pigmented melanin, which is the black spot that we can see and feel.

The black spot can survive in the fish’s flesh and skin, almost as though it is lying dormant, for many years, while it waits for the fish to be eaten by a bird, so that the process can repeat itself once again.

I suspect the reason the northern pike that Marcel and KC caught are so heavily infected, is likely because they are large enough not to be easily targeted and eaten by too many birds.  So, over time, more and more cercariae have worked their way under the fishes’ skin.

I should mention, too, that the literature suggests that the parasites that cause black spot neither affect the fish they infect nor any humans that may eat them.  Although, having said that, I am betting that like me, you’ll pass on eating either of these pike for dinner.