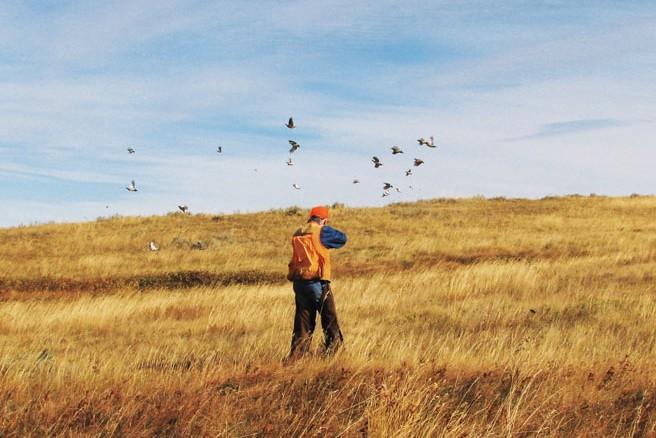 How to Choose a Shotgun Gauge

Can't decide what shotgun gauge is best for you? Here's a quick guide to understanding the numbers

The late 19th century saw considerable evolution in the shotgunning world: external hammers disappeared, choke boring became common, shells switched from brass to paper hulls, and the 12 surpassed the 10 as the most popular all-around gauge. The 12-gauge has held this distinction for more than a century now among Canadian hunters, whether they’re waterfowlers, upland bird hunters or both. So where does that leave the smaller gauges? Is there still a legitimate place for them in today’s gun cabinets?

I hear rumours every few years of a 16-gauge revival, but I doubt it will ever happen. In the early 1900s, the 16 was largely thought of as a specialized upland gun, though it also garnered a fair number of waterfowling fans as shotshell performance improved. While touted as having the power of the 12-gauge with the handling of the 20, it began to see its popularity diminish in the mid-1900s. That was largely due to factors beyond its true field capabilities—namely, it’s never been chambered for three-inch loads, and there’s never been a 16-gauge skeet class. Still, the potential for the 16-gauge to live up to its billing is, and always has been, real-the renowned Browning A-5 Sweet Sixteen is a prime example. Except for a few diehard manufacturers and shooters that breathe just enough life into this gauge to keep it going, however, the 16 unfortunately appears doomed to a lingering demise.

The 20-gauge has taken over where the 16 fell aside, earning today’s status as the queen of upland guns. Built on an appropriately sized frame, the 20 offers enough weight to swing smoothly without the encumbrance of the 12’s extra heft. The introduction of plastic hulls and one-piece wads in the 1960s resulted in improved and more consistent patterning for all shotguns, and the 20-gauge arguably benefited more than any other, quickly gaining in popularity. With today’s availability of three-inch 20-gauge loads, it’s even gained broad acceptance with waterfowlers. With #2 shot about the largest practical size for the 20, however, it’s not suitable as a goose gun or for large ducks at extended ranges. Hunting applications aside, the 20 is great for novice shooters, those small in stature or anyone who’s not ready for the heft and kick of a 12-gauge (that said, excessively light 20s can still kick like a mule). What’s more, 20-gauge guns are available in every conceivable style, with a broad range of loads. Add in reasonable recoil, proven performance and the lightweight package, and it’s no wonder upland enthusiasts—and others-are so taken with the 20-gauge.

Introduced in 1903, the 28-gauge could easily be described as punching above its weight. Despite its relatively small bore (.550 of an inch compared with the 12-gauge at .729), it has proven itself increasingly popular for its effectiveness—both on the small-bore skeet range and in the field with upland bird hunters. Fast-handling and lightweight, the 28 patterns extremely well and has a typically mild recoil, endearing it to most who have had the opportunity to shoot one. Shell options are few and often pricey, however, and the selection of guns chambered for 28-gauge is limited. But with increasing acceptance from the sporting fraternity, all that could soon change. (The 28 only takes 2¾-inch loads, which have a limited number of pellets. And the only non-toxic shells are bismuth, which are increasingly difficult to find. For both of these reasons, the 28-gauge is unsuitable for waterfowling.)

The .410 designation actually refers to this small shotgun’s bore diameter, not its gauge (which is determined by the number of lead balls, sharing the same diameter as the gun’s bore, that it takes to total one pound). If you were to convert the .410 to a gauge, however, it would come in at around 67. Many of us hunters first started shooting using a .410, but in reality it has little practicality as a field gun, except perhaps for potting grouse. That’s because .410s are prone to patterning poorly, even with three-inch loads. In practical terms, this is an expert’s gun, so don’t start out your child with a .410-the continual misses will only lead to frustration and discouragement. The 20- or 28-gauge shotgun is a much better choice for the beginner-not to mention the spare room in your gun cabinet.