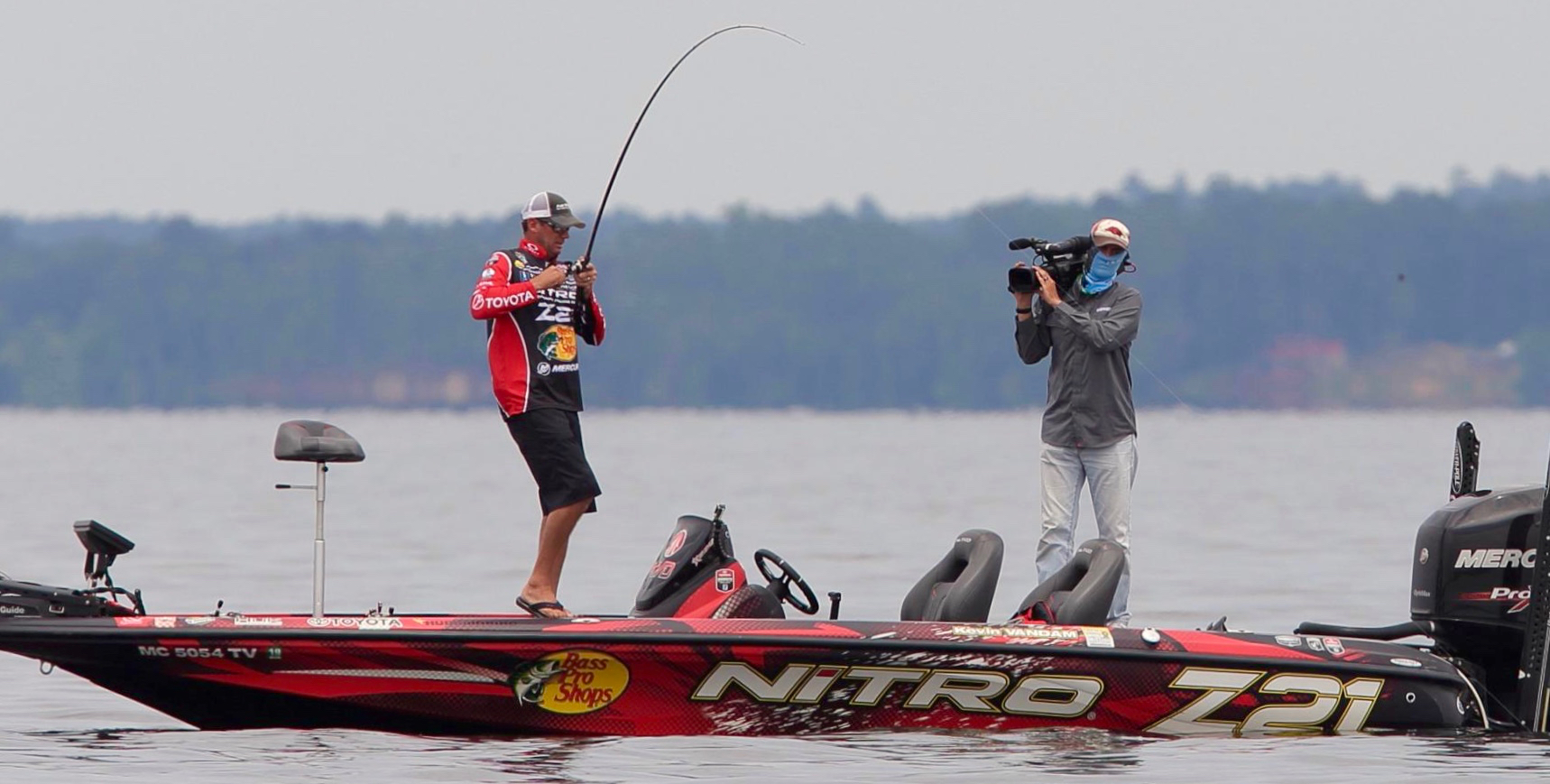 How to drive largemouth, smallmouth, northern pike and muskies crazy in the cold, clear water of fall

If you watched KVD triumph in the event, you know that he set a one-day Major League Fishing record of 82-pounds, 7-ounces of smallmouth bass, whichalmost equaled the combined weight of the second, third and fourth place finishers.

You also know that Kevin’s lure of choice was a 1/2-ounce Strike King spinnerbait that he threw into water that was so shallow he could have waded to shore.  He also retrieved the lure as quickly as possible, burning it just under the surface, so close to the air/water interface that the water was often bulging.

I’ve had the good fortune, several times now, to share the boat with Kevin and watch him perform his magic. Trust me, it is pure poetry in motion. Especially when he hauls back and casts, and you watch his lure sail out of sight.

Which is what he did that September day, two years ago, when he burned a spinnerbait for fall smallmouth—as I explain in the following short video—and put the hurt not only on the fish, but all of the other anglers as well.