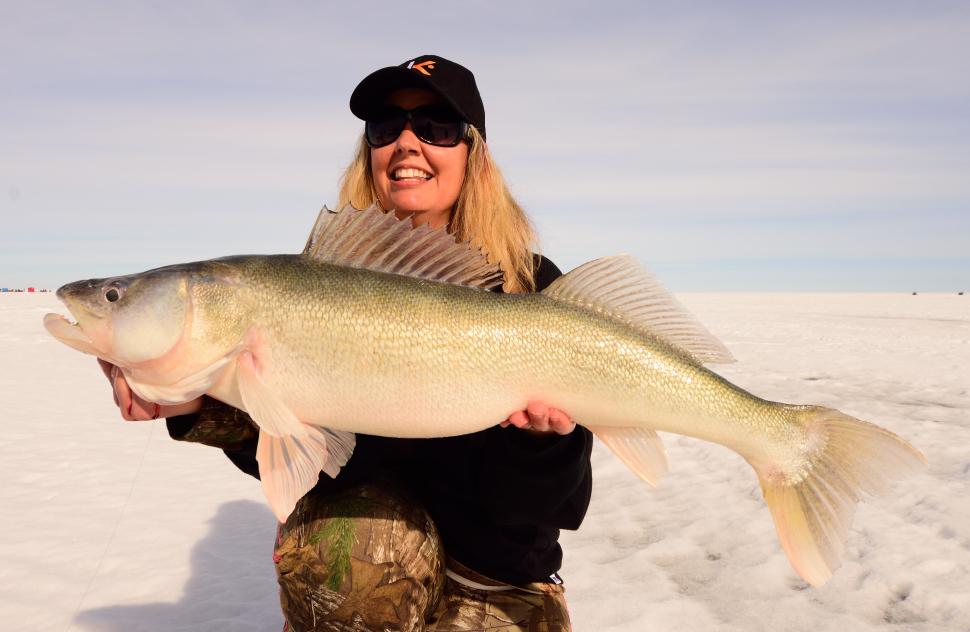 Why Confidence in Your Lure is More Important Than its Colour

Why confidence in your lure is more important than its colour

By now, you probably know my opinion about the importance of lure colour. I believe that most days it is so irrelevant—compared to the things that matter most, like depth control, speed control, the size and profile of your lure, sound and vibration—that it is barely worth worrying about.

Indeed, I will always remember discussing the subject with good friend and legendary angler Al Lindner, while we drove together to go ice fishing for lake trout one cold winter morning.

Al chuckled when he recalled the times he emceed the final day weigh-ins at the Professional Walleye Trail (PWT) tournaments. He always interviewed the top anglers individually, up on stage, asking each pro to detail the specific tactics and techniques that had worked so well for them.

And, invariably, Al said, the first angler up would explain how he was using, say, a bottom bouncer/spinner combination and that after running through his entire arsenal of blade shades, he discovered he could only catch fish using one hue—let’s say, purple.

Then, the second-place angler would hop up onto the stage and Al would go through the same interview process.  And the new angler would also tell everyone how he had fine-tuned his spinner presentation to the point where only a chartreuse-and-orange blade would entice the walleyes to bite.

By now, you can probably guess what happened when the winner took the stage and explained to assembled mass how he had systematically shown the walleyes every spinner blade colour that he owned and the only colour they would strike was white and blue.

I was reminded of Al’s recollection this past weekend, when I was invited to join the Kamooki Pro Staff team who were ice fishing for walleye on Lake Winnipeg.

Turns out it was the perfect proving ground, because for two days everyone used the identical lure, a Kamooki Smartfish, to attract and trigger the big walleye to bite under the ice.

But, here is what I found so intriguing.

Shauna Lowe laid down the gauntlet early the first morning, catching a gargantuan 31-inch, big bellied walleye that was easily 12-pounds, probably pushing 13-pounds. It was Shauna’s new personal-best walleye and to say that she was happy was an understatement.

“I got it on the Blue Shad,” she told me. “It is has been the best colour for me all winter.”

About a half-hour later, buddy Cameron Tait set the hooks into a big ‘eye and I hustled over to his hole to pull the transducer out of the way for him. A few seconds later, Cameron hauled the 30-inch Master Angler monster on to the ice and it was clearly double-digits in weight.

As he was removing the Smartfish from the walleye’s lip, however, Cameron looked carefully over one shoulder, then the other, and confessed in a hushed voice, “I got it on the Crimson Tiger. It is my all-time favourite colour Smartfish.” 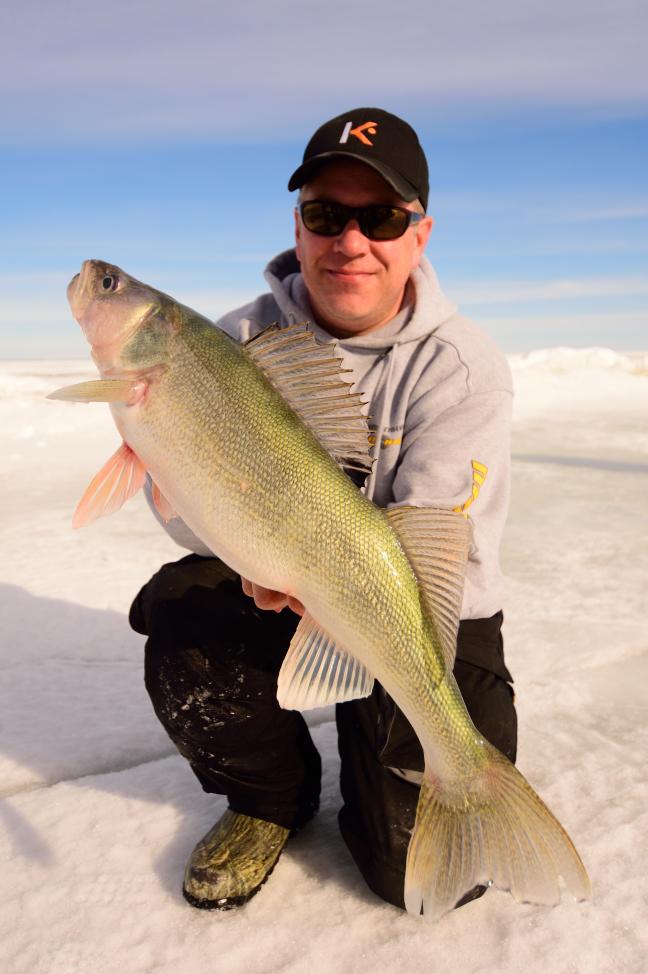 Okay, again, I bet you know where I am going with this.

Jordan Thompson plopped the next hawg onto the ice using a Glow Tiger Smartfish, followed by Brennan Tait, who had knotted on a Bluegill. Then, not to be outdone, Mike Kuklik, wrestled a pair of beasts in rapid succession using a Yellow Perch pattern. 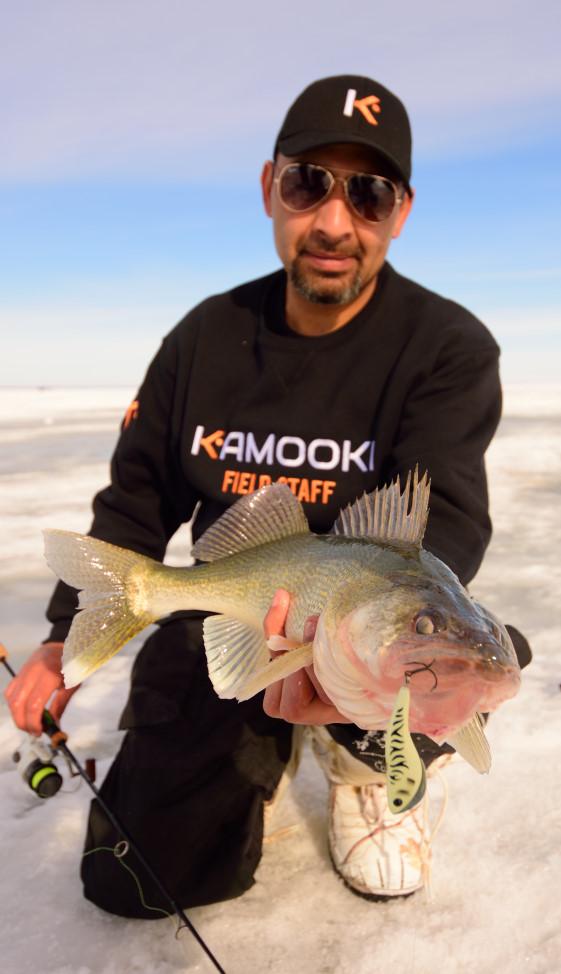 And so it went, gloriously, for the next two days, proving once again, that when it comes to the colour of your lure, it is really a matter of confidence.

Or, should I say, it’s all in your head.