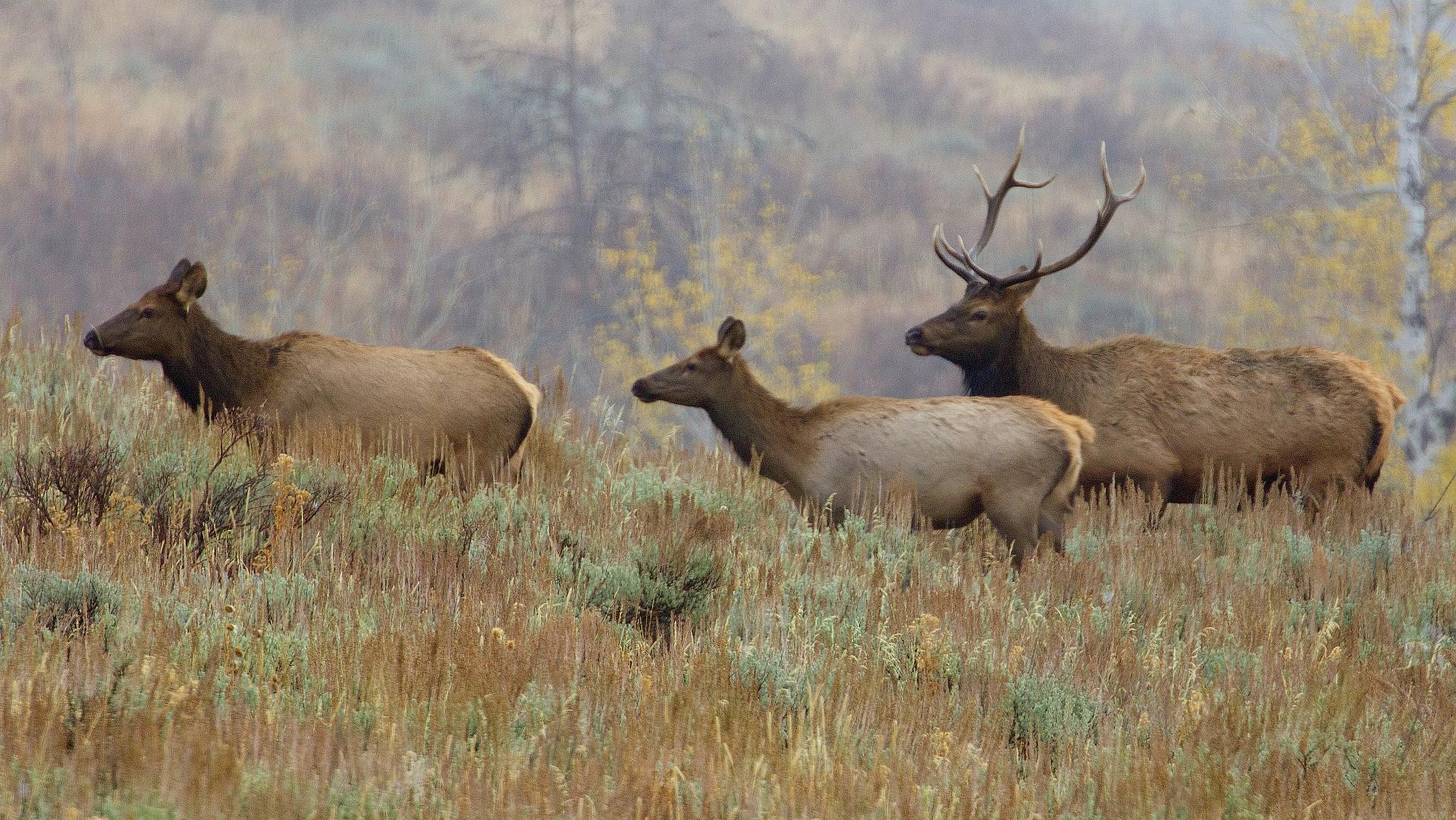 What happens when an elk population in a completely fenced-in ecosystem starts to burgeon out of control? That’s exactly the dilemma Parks Canada is struggling with right now in Alberta’s Elk Island National Park, the country’s only fenced-in national park.

In the past, large numbers of the park’s elk, as well as bison, were transferred to other areas of Canada to augment or establish populations. Owing to the potential threat of spreading chronic wasting disease (CWD), however, that method of reducing the park’s herds is no longer on the table. So, what to do? In a surprise move this past May, Parks Canada announced it was considering a hunting cull to knock back the elk herd by some 300 animals.

A public consultation was held in early June, ostensibly to discuss the potential cull, along with other options. While I was unable to attend the meeting, several of my friends did. They reported back that very few details were provided and that the meeting primarily centred on explaining the need for the herd reduction. It was mentioned, however, that a hunt by First Nations hunters, or possibly by a combination of First Nations hunters and licensed hunters, was being considered. Another plan would be to round up the elk and sell them for slaughter.

Also discussed as an option to reduce the number of elk in the park was the installation of jump bars in strategic locations along the fence to allow elk to pass through, but not bison. However, the area surrounding the park, just east of Edmonton, is primarily residential acreages and farmland, so the ramifications of releasing several hundred elk would be significant. Plus, this option does nothing to address concerns about the spread of CWD.

A hunt certainly appears to be the simplest solution. Well, kind of. The presence of First Nations hunters in Canada’s national parks is nothing new—they’re permitted to hunt in 20 of the current 40 national parks and reserves across the country. Even non-indigenous hunts have been permitted in national parks, most recently in Newfoundland’s Gros Morne and Terra Nova National Parks for moose.

While most of Alberta’s non-indigenous hunters welcome the potential new opportunity at Elk Island, many are concerned it will end up like the elk hunt at Canadian Forces Base Suffield. In that case, licensed hunters seeking bulls had to compete with a large number of First Nations hunters, who weren’t bound by limits, leading to considerable conflict between the two groups.

Currently, Elk Island is not open to First Nations hunters. Once the park allows a licensed hunt, however, the rules will become much less clear. Like CFB Suffield, the park is crown land, so there’s little question they would also be invited. All of this has led to calls to make Elk Island a strictly limited-entry hunt, with all hunters—both licensed and First Nations—required to enter the draw. The Supreme Court would likely not support such a move, however.

My gut says Parks Canada will take the easiest way out here, making it solely a First Nations hunt. That would be much easier to sell to the media and general public, and it would avoid the type of conflict that has plagued the combined licensed and First Nations hunt at CFB Suffield. That said, such a move would still not sit well with non-indigenous hunters. With Alberta’s hunting opportunities decreasing at a rapid rate, and with access to private land becoming increasingly difficult to obtain, many hunters have trouble watching a hunt granted to those with special rights. Then there are those Albertans who are simply opposed to any form of cull.

In the end, the fact remains there are too many animals in Elk Island National Park, and some of them have to go. It’s just unfortunate this has become a political football, especially since such a hunt could exemplify everything that hunting is really all about—managing wildlife and providing food for the table.